Peculiar case of contempt against Justice V.R. Krishna Iyer: Disposed of by Kerala High Court in 1983 acknowledging the bias [Read the Judgment] 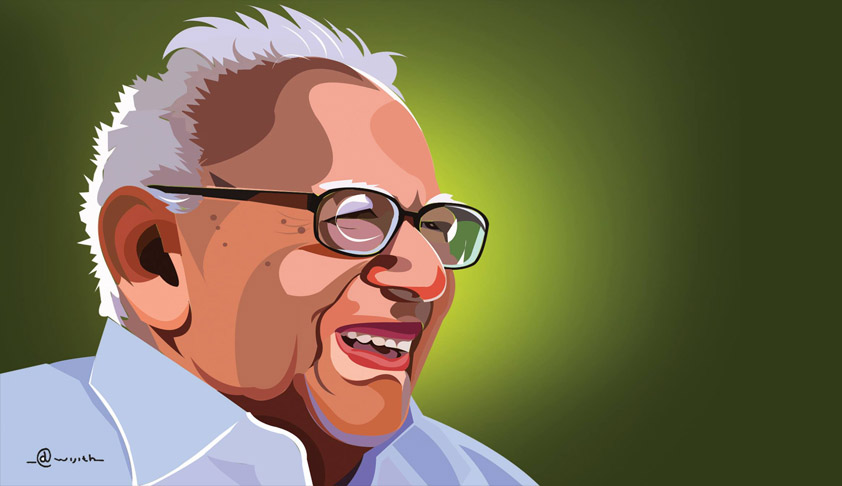 A peculiar case of contempt had come up before the Kerala High Court in 1982, wherein an element of bias had become the bone of contention in adjudicating upon the case. The contempt case was filed against Justice Krishna Iyer in the Kerala High Court, the Court which was once presided by him and where he personally knew all the Judges.Pondering upon the peculiarity of the matter, the...

A peculiar case of contempt had come up before the Kerala High Court in 1982, wherein an element of bias had become the bone of contention in adjudicating upon the case. The contempt case was filed against Justice Krishna Iyer in the Kerala High Court, the Court which was once presided by him and where he personally knew all the Judges.

Pondering upon the peculiarity of the matter, the Bench comprising of Chief Justice of Kerala Subramonian Poti and Justice K.S. Paripoornan had observed, "No occasion had arisen when there was a case in this court which none of the Judges of this Court could hear for the reason that the party in the case was known to all the Judges. Sri. V. R. Krishna Iyer being formerly a Judge of this Court is well known personally to all the Judges, most of whom, if not all, are his good friends. Even after Sri. Krishna Iyer left the Court he has been keeping in touch with the Court, naturally because this is his home State and perhaps also because he was the most mobile Judge in India. He is reported to be keeping as busy, if not more as before even after his retirement. If personal acquaintance or friendship with a party disqualifies a Judge from hearing the case, then the posting of the case before a Bench of this Court is a problem."

However, with the permission and insistence of the petitioner, the Court heard the case cautioning, "We believe that our approach will not be understood as laying down a precedent, recognizing an exception to the rule that a Judge should not hear the case of a party known to him. The case before us is really not one of an exception, but the application of a unique but new rule, the adoption of which is justified because of the equally unique circumstances of the case."

Negating the charge of contempt and refusing to issue a show cause notice, the bench observed, "By pointing out the weak spots in the judicial system and alerting the people to the need for a change lest the people as a whole reject the system, Justice Iyer was alerting his audience to bestow serious attention to the problem. The comments made by him are not of a person who is vituperative or who wants to bring into disrepute the judicial system of this country, but of one who was exhorting the people for revolutionary change in the outlook concerning problems of the judiciary. Judged in the perspective of what we have explained earlier we see no reason to consider his criticism, coming as it does from a person, whose bona fides in the cause of judiciary is not open to doubt, as mala fide or dishonest."

The petitioner, Sri. Vincent Panikulangara had attended a symposium organised on "Approach of Judicial Reforms", addressed by Sri. V.R. Krishna Iyer, a former Judge of the Supreme Court. The petitioner had then found the speech delivered by Sri. V. R. Krishna Iyer as scandalous of the authority of the Supreme Court and the High Courts. He then approached the Advocate General for sanction which the Advocate General gave.