Wrong Declaration In E-Way Bill: Madras High Court Quashes Penalty Under GST As There Was No Intention Of Tax Evasion 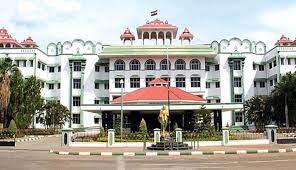 The Madras High Court bench of Justice C. Saravanan has quashed the penalty under GST for a wrong declaration in an e-way bill as there was no intention of tax evasion. The petitioner/assessee challenged the order in Form GST Mov-9 seeking to impose a penalty of Rs. 5,00,774 under Section 129 (3) of the CGST Act, 2017. The petitioner had consigned the goods from its main...

The Madras High Court bench of Justice C. Saravanan has quashed the penalty under GST for a wrong declaration in an e-way bill as there was no intention of tax evasion.

The petitioner submitted that there was no intention to evade tax as the petitioner had generated an E-way bill by declaring the consignee as its additional place of business.

The petitioner stated that he amended the registration ex post facto, i.e., on the date of the registration, by including Sastha Mombalan Modern Rice Mill, 3/237-B, Chintamani Road, Anuppandi, Madurai, Tamil Nadu 625 009 as an additional place of business.It was submitted that the imposition of a penalty under Section 129 (3) of the CGST and SGST was unwarranted under the circumstances.

The court noted that the authorities were justified in detaining the goods inasmuch as there was a mistake in the E-way bill. However, the facts indicate that the consignor and the consignee are one and the same entity, namely, the Head Office and the Branch Office. In this case, the petitioner has a new place of business, but has not altered the GST registration. However, steps have been taken to ex post facto include the new place of business in the GST registration. The registration certificate was also amended.

The court observed that there was only a technical breach committed by the petitioner and there was no intention to evade tax. The court quashed the order and allowed this writ petition by directing the respondent to release the vehicle and the consignment to the petitioner, if it has not been released already.