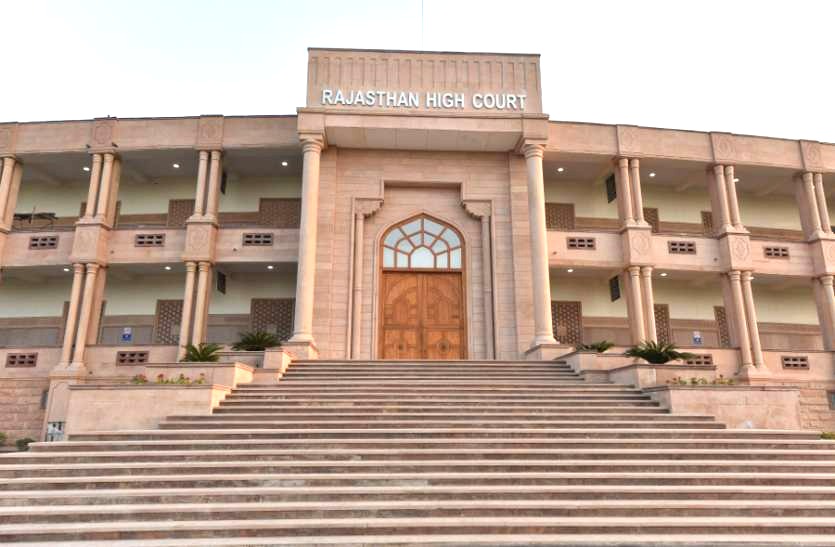 The Rajasthan High Court bench of Justice Vinod Kumar Bharwani and Justice Sandeep Mehta has directed the GST department to reimburse amounts deposited by Binani Cement as a mandatory statutory obligation to the Ultra Tech Nathdwara Cement. The petitioner, UltraTech Nathdwara Cement Ltd., has taken over Binani Cement. The petitioner has filed a revision petition assailing the order...

The petitioner, UltraTech Nathdwara Cement Ltd., has taken over Binani Cement. The petitioner has filed a revision petition assailing the order passed by the Rajasthan Tax Board, Ajmer, rejecting the applications for a refund of the mandatory statutory obligation pre-deposit with interest made with appeals filed before the Tax Board.

As per Section 82(3) of the Rajasthan Value Added Tax Act, 2003, the appeals were entertained with a mandatory statutory pre-deposit of a stipulated percentage of the amounts levied under the disputed tax assessment orders.

During the pendency of these appeals, Binani Cement Ltd. suffered losses and became sick, whereupon its creditors initiated an insolvency procedure under the Insolvency and Bankruptcy Code, 2016 before the National Company Law Tribunal, Kolkata. Various players, including the petitioner M/s UltraTech Nathdwara Cement Ltd., submitted their resolution plans before the NCLT. In the resolution proceedings, the Commercial Taxes Department, in the capacity of an operational statutory creditor, made a claim towards Value Added Tax.

By virtue of the orders of the Supreme Court, the resolution proceedings were transferred to the National Company Law Appellate Tribunal (NCLAT), which admitted the claim of the Department to the extent of Rs. 61.05 crores only and dismissed the remaining claim. The NCLAT approved the Resolution Plan submitted by the petitioner, UltraTech Cement Limited, for Rehabilitation or Revival of the sick industrial unit, i.e. Binani Cement Ltd. As a consequence of the acceptance of its resolution plan and upon being declared the successful resolution applicant, the petitioner, Ultratech Nathdwara Cement Limited, took over the company, Binani Cement Limited.

The Tax Board was of the view that if the appeals had been dismissed, the petitioner would not have been in a position to claim a refund of the mandatory statutory obligation pre-deposit amounts. A refund of the amount would only be admissible in the event of appeals being accepted.

However, since neither of the consequences ensued, and since the demands prior to acceptance of the resolution plan had simply been disposed off and as the Department had not incorporated the amounts towards pre-deposit in the claim filed before the NCLAT, the argument of the petitioner regarding the entire liability of the sick unit towards the Department, including the pre-deposit amounts, also having been washed off, was self-defeating.

The appeals and the applications for refund were dismissed by the Tax Board by the common order, which was assailed in the revisions with a prayer to refund the amounts furnished as mandatory pre-deposit while filing the appeals.

The petitioner contended that all existing liabilities of the unit prior to the acceptance of the Resolution Plan had been disposed of by the Commercial Taxes Department by a formal order. The Department has no subsisting claim against the unit beyond the sum of Rs. 61.05 crores. If the respondent Department is permitted to retain the amounts paid towards mandatory statutory obligations with the appeals, it would amount to unjust enrichment of the Department, which was not at all warranted.

The Commercial Taxes Department contended that the amounts pre-deposited with the appeals filed by Binani Cement Ltd. as mandatory statutory obligations were never claimed by the department during the resolution proceedings. The pre-deposits were mandatory for filing the appeals, which were withdrawn, and hence, the petitioner cannot claim a refund of such amounts. He urged that the petitioner would have been acting well within its right to request a refund of the pre-deposits in case the appeals had been accepted. However, as the appeals were withdrawn, the claim for a refund was extinguished as an automatic consequence.

The court observed that though the appeals have not been accepted, an analogous situation has been created with the acceptance of the Resolution Plan and the extinguishment of all debts and liabilities of the sick unit towards the statutory creditor, i.e., the State Government or Commercial Taxes Department.

The court quashed the ruling issued by the Rajasthan Tax Board, Ajmer, in which the petitioner's plea for refund of pre-deposit sums with interest was denied.