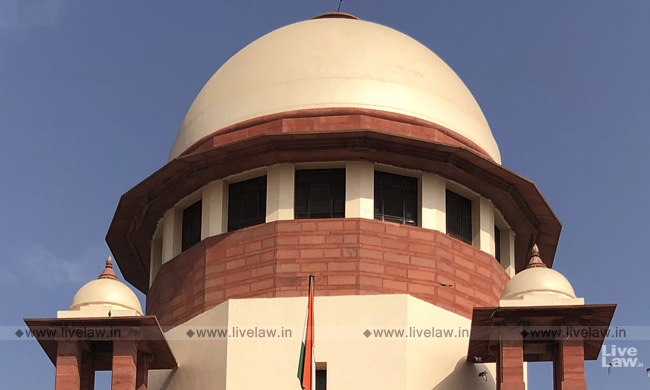 The petitioners submit that the Citizenship (Amendment)  Act violates every known principle of equality and equal treatment, "damages and destroys" the Indian Constitution's basic feature of secularism, and ought to be struck down as unconstitutional.

"Not only does the impugned Act violate the provisions of the Constitution, it also contravenes the founding principles of the Republic of India. In 1947, this Nation was founded on certain inalienable truths. Chief among them was that the land of India had always been - and would always be - home to all faiths, welcoming diversity and pluralism, and excluding none. India was founded on the idea of "civic nationalism" - that allegiance to the Constitution and its values was what it meant to be "Indian" - and the rejection of the "two-nation theory" that triggered Partition. The impugned Act rends these foundational principles, as it places some faiths and religions as implicitly more worthy of protection than others"

As per the petitioners the impugned Act constitutes a blatant violation of Articles 14, 21, 25 and the basic structure of the Constitution

The impugned Act draws a distinction between refugees and asylum seekers within the territory of India, on two grounds: their nationality of origin (Pakistan, Afghanistan, and Bangladesh) and their religion (Hindu, Sikh, Christian, Parsi, Buddhist, and Jain). Those who fall within these categories are (a) exempted from prosecution as "illegal migrants", and (b) placed on a fast-track to citizenship.

"Those who do not, are limited to the individualised executive procedure for the grant of "Long Term Visas" provided under a Standard Operating Procedure released by the MHA in 2011. Consequently, while certain individuals are accorded statutory protection and citizenship facilitation qua their membership of certain religions and national groups, others are still left to the tender mercies of an executive process, with no such benefits".

The petitioners submitted that this violates the constitutional guarantee of equal protection of law, which is applicable to all persons within the territory of India.

The Petitioners cited the following examples demonstrate, the Act creates an invidious and unjustifiable discrimination between individuals in identical circumstances. Under the Act:

a) A Sri Lankan Tamil who has fled Sri Lanka because of extreme religious persecution, or a Rohingya Muslim who has fled Myanmar to escape religion-fueled genocide, will not be granted sanctuary under the Act, while a Pakistani Hindu who has fled Pakistan for exactly the same reasons, will be - even though all three individuals are "persons within the territory of India."

The Petition contended that by elevating religion and religious persecution to the level of constituting justified claims to citizenship, while refusing to accord the same sanctity to other forms of (equally serious) non-religious persecution, the impugned Act violates the basic feature of secularism.

Indian secularism does not permit religion and faith to determine an individual's civil status in the polity (through citizenship), either directly or indirectly. And it certainly does not permit that to be done in a colourable and discriminatory fashion.

The Petitioners raise the following questions of law in the Petition

A. Whether the impugned provisions and notifications entrench and perpetuates existing disadvantage, without any reasonable justification and is thus violative of Article 14?

B. Whether the impugned provisions fail the classification test under Article 14 of the Constitution?

C. Whether the impugned provisions enact a "reasonable classification for a legitimate purpose" as required under Article 14?

D. Whether the impugned provisions violate the arbitrariness test under Article 14?

E. Whether the impugned provisions violate Article 21 of the Constitution?

F. Whether the impugned provisions violate the Basic Structure of the Indian Constitution?

G. Whether the impugned provisions violate India's Binding Obligations under the International Covenant for Civil and Political Rights and the Universal Declaration of Human Rights?