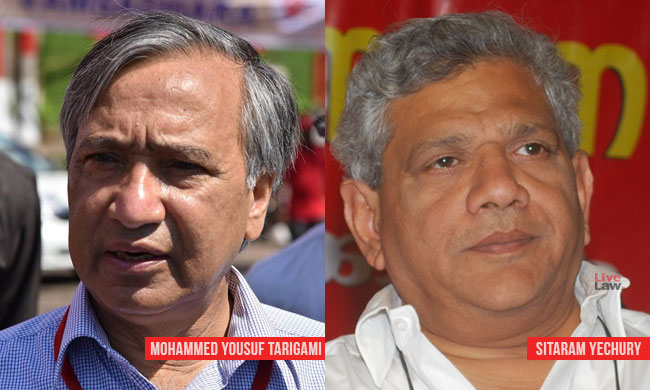 The Supreme Court on Thursday ordered the shifting of Kashmir politician M Y Tarigami, who is under detention, to AIIMS Delhi.

The order was passed in a petition filed by CPI(M) general secretary Sitaram Yechury challenging the detention of Tarigami, a four time MLA from Kulgam constituency in the now dissolved J&K assembly.

Yechury had said that he was concerned about the health of 72 year old Tarigami. On August 29, the Court had allowed Yechury to travel to Kashmir to meet Tarigami. The CPI(M) general secretary was further directed to submit a report to the CJI based on his visit.

The bench of CJI Ranjan Gogoi, Justices S A Bobde and Abdul Nazeer passed the order for shifting Tarigami to AIIMS based on the report submitted by Yechury.

Tarigami was detained on August 5 in the backdrop of central government measures to revoke the special status of the state.

The continued detention of Tarigami is violative of fundamental right to life and personal liberty guaranteed under Article 21 of the Constitution, the plea contended.

Yechury said that he was constrained to seek a writ of habeas corpus due to absolute lack of information regarding the whereabouts of Tarigami, who is ailing from age-related health problems.