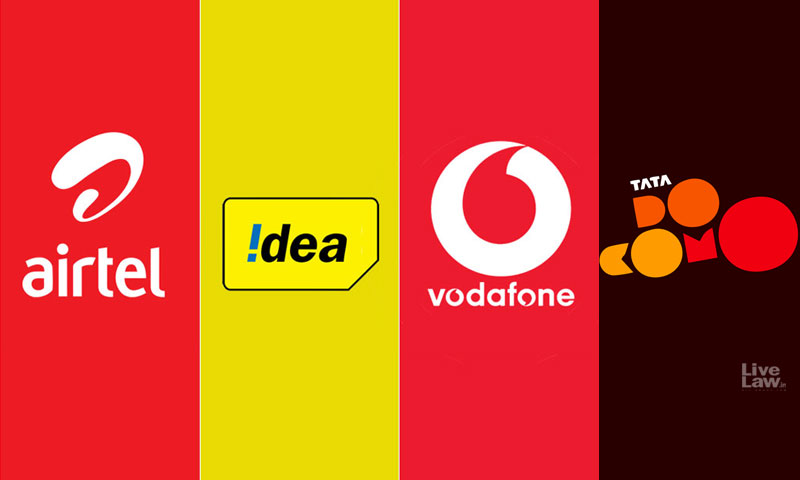 A bench of Justices Arun Mishra, S. Abdul Nazeer & MR Shah took up an application filed by the Department of Telecommunications (DoT), proposing a staggered payment spanning over 20 years, for telecom firms to discharge their AGR dues and further directed the DoT to reconsider bills generated towards Public Sector Undertakings (PSU's) after the October 2019 verdict.

Justice Arun Mishra also sought the DoT's response regarding the efficacy of the proposed time frame of 20 years to enunciate payments.

Today, Solicitor General Tushar Mehta appeared for the DoT and justified the need for payment of AGR dues in a staggered fashion (20 years, as averred in the application of DoT), else it could hit the telecom sector which in turn would effect consumers heavily.

Solicitor General: "Delays in disruption of service for customers, they will suffer, adverse impact on tele service, costlier & could be disadvantageous to the consumer".

Justice Arun Mishra: "There are two issues: What is the time within which they are to pay? What is the guarantee they will pay within the time fixed? You had argued about impact on Telecom sector earlier as well. Who has seen twenty years Mr. Mehta? This is not a reasonable time period to make payments"

At this juncture, Senior Advocate Arvind Datar appearing for Tata Communications submitted that the Telcos be provided with an opportunity to file an affidavit in this regard.

Justice Mishra: "You [Tata] are a businessman, come out with a solution!"

Senior Advocate Mukul Rohatgi appearing for Vodafone stated that the total amount due on Vodafone's behalf stood at Rs. 50,000 Crore plus interest and penalty.

Rohatgi: "We cannot give bank guarantees. We don't have enough money even to pay our employees and meet our expenses."

Further, Senior Advocate Dr. AM Singhvi appearing for Airtel stated that his Client had already made payment of 70 per cent of the AGR dues and the time frame required for paying the remaining sum would be minimal.

Singhvi: "The total receipt from all people is Rs. 25900 crores of which I have paid over 18000 crores, this is 70 percent of payment already made from my end. In my case, I will work it out and will present the time frame which is bound to be minimal"

In light of this, the bench directed the telecom companies to file affidavits explaining the time needed by them to clear the dues on account of the AGR verdict and put up the matter for hearing on June 18.

Also Read : SC Asks DoT To Reconsider Claims Made On PSUs Based On AGR Judgment; Says 'It's A Misuse Of Our Verdict

Expressing shock at the DoT plea, Justice Mishra had asked "Who permitted self-assessment? CAG audit has to be done. This is a question of this Court's prestige. Do (telecom) companies feel they are more powerful than court?"

The Union had also contended in its averments that this modification is extremely important and thereby the approval of the proposal for mode of recovery as envisaged by the Government in the administrative hierarchy, keeping in mind the larger economic consequences on the nation.