Grant Of Leave For Compounding Offences At Appellate Stage Is Not Automatic On Settlement Between Accused & Victim: Supreme Court 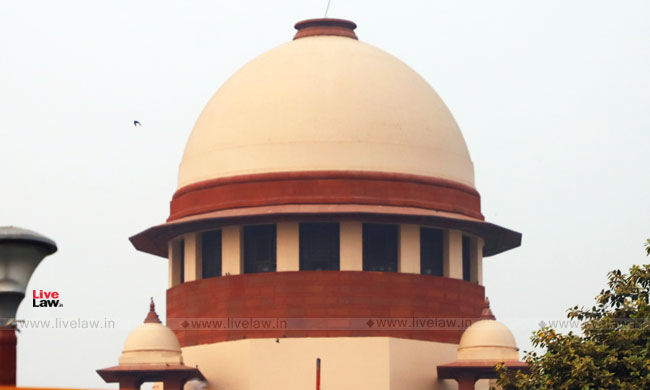 The grant of leave as contemplated by Section 320(5) of the Code of Criminal Procedure is not automatic nor it has to be mechanical on receipt of request by the accused which may be agreed by the victim, the Supreme Court observed.The bench comprising Justices Ashok Bhushan and Ajay Rastogi observed thus while rejecting a plea seeking compounding of offences of two police...

The grant of leave as contemplated by Section 320(5) of the Code of Criminal Procedure is not automatic nor it has to be mechanical on receipt of request by the accused which may be agreed by the victim, the Supreme Court observed.

In this case, the accused police officers were convicted under Section 324 of the Indian Penal Code. Before the Apex Court, it was pointed out that, on the date when the offences took place, i.e. 04.5.1985, offences under Section 324 IPC were compoundable which subsequently have been made non-compoundable. It was submitted that both the accused are now more than 75 years of age and therefore the offences be compounded in view of settlement arrived between the accused and the victims.

While considering this plea, the bench, referring to Section 320 CrPC, observed:

The grant of leave as contemplated by sub-section (5) of Section 320 is not automatic nor it has to be mechanical on receipt of request by the appellant which may be agreed by the victim. The statutory requirement, makes it a clear duty of the Court to look into the nature of the offence and the evidence and to satisfy itself whether permission should be or should not be granted. The administration of criminal justice requires prosecution of all offenders by the State offenders have to bring to the Courts and punish for their offences to maintain peace and order in the society. It is the duty of the prosecution to ensure that no offender goes scot-free without being punished for an offence. It is also the settled principle of law that innocent should not be punished

The bench noted that the guiding factor for the Court to grant or refuse the leave for composition of offence is the nature of offence, and its affect on society

"The offences which affect the public in general and create fear in the public in general are serious offences, nature of which offence may be relevant consideration for Court to grant or refuse the leave. When we look into the conclusion recorded by the trial court and the High Court after marshalling the evidence on record, it is established 26 that both the accused have mercilessly beaten the deceased in the premises of the Police Station. Eleven injuries were caused on the body of the deceased by the accused. As per the evidence of PW-1, which has been believed by the Courts below, the victim was beaten mercilessly so that he passed on, stool, Urine and started bleeding.", it observed.

"The present is a case where the accused who were police officers, one of them being in-charge of Station and other Senior Inspector have themselves brutally beaten the deceased, who died the same night. Their offences cannot be compounded by the  Court in exercise of Section 320(2) read with subsection (5). We, thus, reject the prayer of the appellants to compound the offence." , the bench observed.

Though considering their age, the sentence was reduced to six months, the bench enhanced the compensation to Rs.3.5 lacs each in addition to compensation awarded by the High Court to be paid to the legal heirs of the deceased.