66A IT Act- Steps Taken By Centre To Implement Shreya Singhal's Judgement Far From Adequate: PUCL Submits Before Supreme Court 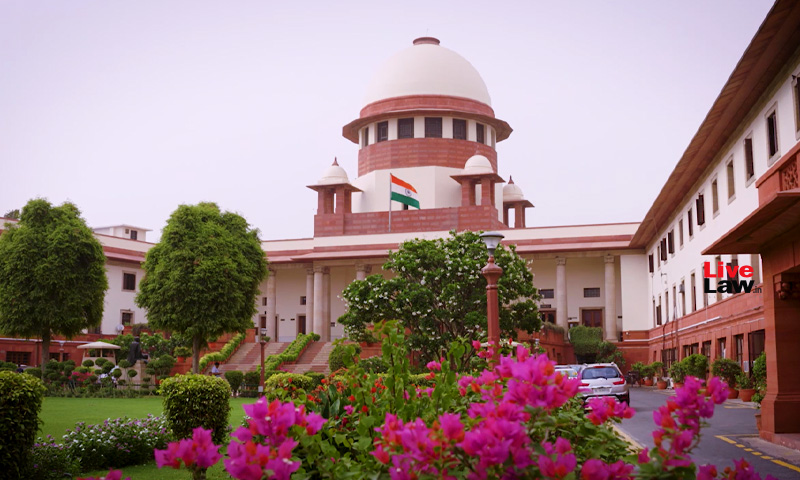 x
In its rejoinder affidavit, PUCL expressed shock at the practice of police registering FIRs under Section 66A of the Information Technology Act even after the 2015 judgement.

'The Steps taken by Ministry of Electronics and Information Technology towards ensuring effective implementation of Supreme Court's Judgment in Shreya Singhal v. Union of India are far from adequate', PUCL has submitted before Supreme Court. The submission has been made in the rejoinder affidavit filed by People's Union for Civil Liberties before the apex court. This...

'The Steps taken by Ministry of Electronics and Information Technology towards ensuring effective implementation of Supreme Court's Judgment in Shreya Singhal v. Union of India are far from adequate', PUCL has submitted before Supreme Court.

The submission has been made in the rejoinder affidavit filed by People's Union for Civil Liberties before the apex court. This rejoinder affidavit was in response to Centre's counter affidavit in an application filed by PUCL seeking various directions and guidelines against the FIRs filed under the struck down provision of Section 66A.

While expressing shock at the practice of police registering FIRs under Section 66A of the Information Technology Act, which was struck down by the top court through the 2015 judgment in the Shreya Singhal case, Supreme Court had on 5th July issued notice in the PUCL's plea. The Court is scheduled to hear the matter next on 2nd August.

PUCL in its rejoinder affidavit filed through Advocate Aparna Bhat has argued that the Union of India shouldn't have shirked its obligation by pleading that responsibility of implementation lies with the States as well as with the law enforcement agencies. This was said referring to Union's submission in its affidavit that 'Police' and 'Public Order' are state subjects, and therefore the primary responsibility rests with the State.

According to PUCL, its application involves the question of enforcement of the Apex Court's Judgment which is binding on the Union of India and others, and therefore the Union of India has to play a sincere and pro-active role to ensure the implementation. Referring to the Centre's submission that they had requested Chief Secretaries of all States and Administers of Union Territories to furnish data for prosecutions invoking Section 66A after 24.03.2015, PUCL has argued that the response to the said letters have 'neither been placed on record nor made public'.

While stating that Centre's affidavit reflects a mechanical reproduction of the stand that the States have complied with Supreme Court's directions, PUCL has further argued with its averment that prosecutions continue unabated in spite of these steps, and that this is uncontroverted.

The applicant has therefore suggested the following directions to be issued by the Court in the matter :

1. Directions To High Courts: The applicant has sought certain directions to all the High Courts through Registrar Generals. The proposed directions should communicate to all the District Courts and Magistrates that forthwith there should be no cognisance taken under the repealed Section 66A of the IT Act. Further a complaint mechanism be put in place by which any person in the state against whom a case under Section 66A of the IT Act is pending may directly approach the trial Court where the case is pending or the concerned High Court for speedy redressal. It's been stated that the High Courts be allowed to initiate suo motu contempt proceedings against those responsible for registering a case under Section 66A or for investigating it or for prosecuting it.

2. Directions to DGPs: The applicant has suggested that directions be issued to the Director General of Police of all States and Union Territories to communicate to all police stations within their respective jurisdictions to display a notice that Section 66A of the IT Act has been struck down and no case under the said provision can be registered. Further, direct the DGPs of states and UTs to initiate disciplinary action against the Police or Law Enforcement Agencies that are found to be registering cases under the repealed Section 66A of the IT Act. In cases where the case is at the stage of investigation, directions have been sought to forthwith drop further investigation under Section 66A.

3. Directions to Respondents: Directions have been sought to the Respondents, Union of India, to collect the details of the cases registered by the Police or Law Enforcement Agencies under Section 66A of the IT Act since the pronouncement of the Judgment in Shreya Singhal by co-ordinating with the Chief Secretaries or DGPs of the States and Union Territories. According to the applicant, Respondents can be directed to ensure that Doordarshan and All India Radio make quarterly announcements in major vernacular languages informing the public that Section 66A of the IT Act is no longer in force. Applicant has sought directions to ensure that all official and commercial versions of the IT Act that are hereinafter published (online or offline) do not include the complete text of Section 66A and inform the reader that said provision stands repealed. Further, it has been suggested that the Union of India be directed to ensure that all police training colleges both at the National Level and the State Levels will mandatorily advise all trainees about the Judgment and the fact that Section 66A of the IT Act has been repealed and can no longer be invoked.

"It is clear that Section 66A arbitrarily, excessively and disproportionately invades the right of free speech and upsets the balance between such right and the reasonable restrictions that may be imposed on such right", Justice Nariman observed in the 2015 judgment.