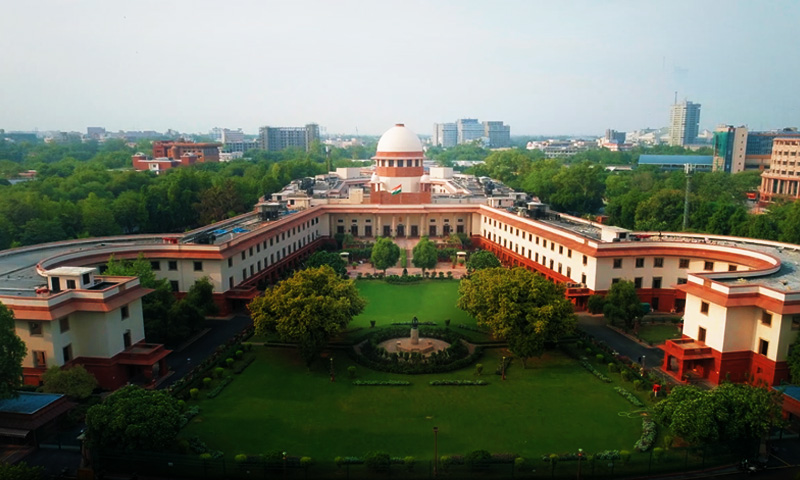 In the communication addressed to the President of SCAORA, it is informed that the Supreme Court Judges Committee has recommended that three of the biggest court rooms in Supreme Court be readied to accommodate physical hearings on a trial basis, as a pilot project.

The Committee, which was constituted on July 22 to look into the possibility of resuming physical hearings, arrived at this decision subsequent to a meeting held by them on August 11. Pursuant to recommendations and suggestions received by them from advocate bodies, the Committee has asked concerned authorities to prepare the premises within a week.

The communication through the Additional Registrar further states that the Judges Committee is acting on the advice of medical experts and has directed the concerned authorities to ensure proper social distancing as well as setting up of desired infrastructure in order to ensure that the pilot project may be resumed safely in 10 days.

"On an experimental basis, and as a pilot scheme, three amongst the Court Rooms may be got prepared, within a week's time through concerned agencies, strictly adhering to the prescribed distancing and other norms and as per medical advice with regard to the proper infrastructure required in these Court Rooms;

Subject to the decision of the Competent Authority, it has been suggested that a limited number of cases be listed for physical hearing on experimental basis after ten days in such readied Court Rooms upon prior consent and willingness in writing of all parties to such matters/cases" -informs the letter

It has also been clarified that only specific matters will be taken up for physical hearing while miscellaneous matters will continue to be heard through virtual means.

The experimental resumption of physical hearings will be based on written consent of all stakeholders and a gradual increase in such hearings may be considered if the ground situation improves.

"Subject to the directions of the Competent Authority, only a limited category/number of matters for final hearing may be listed for physical hearing inside such Court Rooms, and the numbers may be gradually increased if the ground situation so warrants and permits", states the communication with regard the decision of the Judges Committee.

SC registry writes to President of Supreme Court Bar Association intimating about the decision to resume physical hearing in limited court rooms in a restricted fashion on an experimental basis. pic.twitter.com/KgfSXfSbdE

The 7-Judge Committee headed by Justice NV Ramana, on July 24, had decided to review the situation after 2 weeks, in view of the medical advice to maintain status quo for a period of two weeks.

During this interaction, the judges expressed that they were fully conscious and deeply concerned about the difficulties faced by the lawyers and were anxious to gradually restore normalcy in physical functioning. However, they added that a decision in that regard has to be guided by a holistic assessment of the situation based on medical advice, and also taking into account the safety and health of lawyers, judges, litigants and court staff.

The Committee had assured that inputs and suggestions of the SCBA, SCAORA and BCI would be duly taken into consideration as regards timing and modalities for a gradual resumption of physical hearing of matters and restoration of normalcy in the premises of Supreme Court.

The Committee had also sought for suggestions from the SCBA and SCAORA on the categories of cases that may be taken up when physical functioning is resumed.

The Supreme Court has been hearing cases through video conferencing since March due to the COVID-19 pandemic and has also allowed e-filing in place of physical filings.