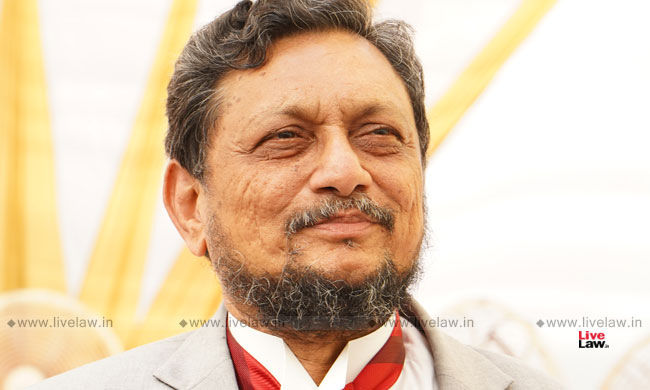 Chief Justice of India SA Bobde on Wednesday remarked that a 7-judge Committee will be looking into the issue of resumption of physical court hearings. The oral observation was made while hearing a case pertained to reservations, after lawyers requested for the matter to be heard in court, and not via video-conferencing. The Committee will be headed by Justice NV Ramana and will...

Chief Justice of India SA Bobde on Wednesday remarked that a 7-judge Committee will be looking into the issue of resumption of physical court hearings.

The oral observation was made while hearing a case pertained to reservations, after lawyers requested for the matter to be heard in court, and not via video-conferencing.

The Committee will be headed by Justice NV Ramana and will look into the issue of the viability of resuming physical court hearings in the midst of the pandemic.

These observations come at the heels of the comments rendered by Chief Justice Bobde earlier during the day regarding the unlikelihood of resumption of physical court.

While hearing a plea filed by the Bar Council of India which sought for directions to the Centre and State Governments/UTs to arrange financial assistance for advocates by way of interest free loans up to Rs. 3 lakhs each to the advocates, the CJI stated that the "unprecedented crisis demands unprecedent resolution".

The plea had averred that the prolonged closure of the Courts and tribunals all over the country since March 2020 due to the lockdown had deprived the majority of the advocates of their only source of income. It was also highlighted that most of the advocates, especially youngsters, had no savings and were solely dependent on the working of courts for their livelihoods.

"The situation of some of them is so grim that it may not be an exaggeration to say that they face virtual starvation and they require urgent and immediate financial aid and succor", the plea stated.

CJI Bobde acknowledged the "heavy toll on the rights of the citizens, and particularly, the legal fraternity".

"The legal fraternity is restricted to income – bound by rules. Not entitled to earn income by alternative means. Closure of Courts has led to a situation which has rid them of sizeable proportion of their income and therefore, livelihood".


However, while it is certainly a "dire circumstance", the CJI noted that medical advice dictated against the resumption of Courts as doing the same would jeopardize the health of judges, lawyers, and equally important, the staff of the Court.

In light of the above, the Apex Court issued notice to the Centre, States, Bar Council of India, State Bar Councils, each High Court's Registrar General, and Bar Associations of all High Courts, and took suo moto cognizance of the financial difficulties being faced by lawyers due to the COVID-19 pandemic.

Last week, former Judge of the Supreme Court, Justice R. Banumathi, at the virtual farewell organized by the Supreme Court Bar Association, had also hinted at the possibility of a Committee looking into the aspect of physical court hearings.

In response to Senior Advocate and President of SCBA, Dushyant Dave's suggestion regarding the working of physical and virtual courts side by side, as the damages to the wellbeing of lawyers were irreversible, Justice Banumathi had observed that it was a decision that had to be taken by the Committee of Judges.

While acknowledging that the country was suffering a lot and these were difficult days, she appealed to everyone to wait for a while as it was more of a "life concern".

"COVID-19 is dangerous and very fatal. Let's hope that a vaccine is develop and we get some good news very soon. Till then, we should wait as it concerns our lives."