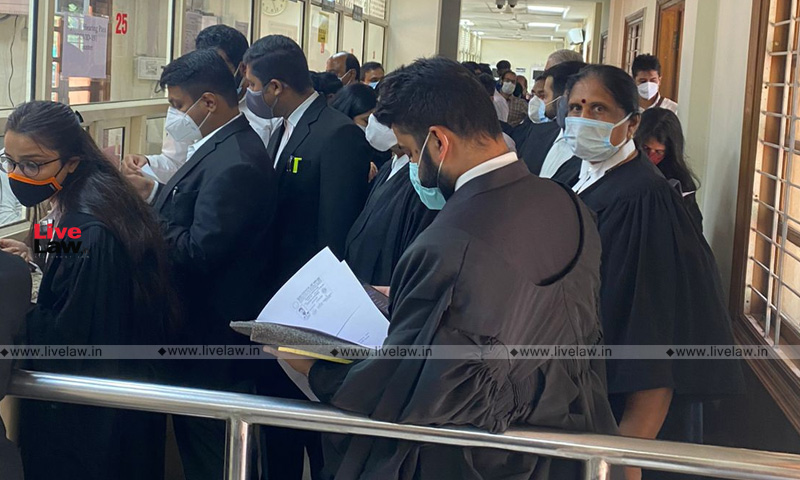 Observing that physical fitness is necessary for a proficient advocate and physical disabilities hamper the smooth functioniong of a lawyer, the Supreme Court recently granted relief to an advocate who had suffered 100% permanent disability due to an accident.

The accident had happened in 1996, when the appellant was aged 5 years. The lower limb of the appellant got completely paralyzed for life as a result of the accident. On account of head injuries including the fracture in temporal bone, the development and capacity of the brain was not comparable to a common man. He was dependent on a wheel chair or motorized vehicle for movements.

The appellant later completed law degree and is now practising as a lawyer.

In 1997, a year after the accident, a claim petition was filed on behalf of the appellant seeking compensation of Rupees 2 crores. The MACT granted him a total compensation of Rs 9 lakhs in the award passed in 2002.

Dissatisfied with the award, he appealed to the Punjab and Haryana High Court. In 2019, the High Court decided the appeal, enhancing the copensation to Rs 23,20,000/-.

Further aggrieved with the award, the appellant approached the Supreme Court. His main contention was that the High Court did not assess the loss of earnings for life-time and only computed the loss for only 10 years on the ground that he was no practicing as a lawyer.

The High Court granted Rs.6,00,000/­ only for 10 years because the appellant is now practicing as an advocate in the Court accepting his earning Rs.60,000/­ per annum.

Finding fault with the High Court's approach of confining the loss to only 10 years, the Supreme Court said that the appellant had suffered total disability for life.

"The High Court in the impugned order observed that the claimant has now started practice as an advocate, therefore, future loss of earning has been calculated only for 10 years, applying the multiplier of 16, without looking to the facts that claimant cannot perform the work of advocacy similar to the other advocates by attending the cases in different Courts", the Supreme Court said.

"A judicial notice can be taken of the fact that for a proficient advocate the person must be physically fit as he is required to move frequently to attend the professional work reaching from one Court to other, and for movements to complete other professional commitments. Looking to the nature of injuries and the permanent disablement which the claimant has suffered, i.e., lower limb is completely paralyzed while his upper limb is partially paralyzed having 100% permanent disability resulting in bodily movements being hampered. The capacity of the claimant being an advocate cannot be equated with other practicing advocate having no deformity in the same profession. The claimant is required to make extraordinary efforts to attend the proceedings in the Court and to come up to the expectations of the client. The disablement suffered to the claimant is for whole life and in the said fact, in our considered view, the future loss of earning calculated by the High Court only for 10 years is not justified,"

The Court also said that the accident hampered the pursuit of his ambitions :

"The father of the appellant was a Professor and the mother was an IAS officer. The claimant has been nurtured and brought up in a status enjoyed by his parents. He was planning to become an Executive or IAS officer. On account of the injuries in temporal region and the permanent disability suffered, he was unable to do his studies as expected or planned. After sincere efforts he could have passed the LL. B and started the advocate profession", the judgment stated.

Undescores the importance of multiplier method

Remarking that "multiplier method has been recognized as most realistic and reasonable because it has been decided by looking at the age, inflation rate, uncertainty of life and other realistic needs," the bench said that the method should also be followed not only for determination of future loss of earning but for attendant charges.

To adjudicate on the issue pertaining to adequacy of compensation, the bench in the judgement authored by Justice JK Maheshwari considered the medical opinions and findings.

"In fact, not only for determination of future loss of earning but for attendant charges also the multiplier method should be followed. The multiplier method has been recognized as most realistic and reasonable because it has been decided by looking to the age, inflation rate, uncertainty of life and other realistic needs. Thus, for determination of just compensation to ensure justice with the family of the deceased or the injured as the case may be, the compensation can be determined applying said method. Therefore, in our view the Tribunal while granting the compensation of future loss as well as earning only for 10 years and attendant charges only for 20 years was not justified. In fact, the said amount should be determined applying the multiplier method."

While also awarding non pecuniary damages, the bench said, "Under the head "non pecuniary damages", the claimant has faced the pain, suffering and trauma as a consequence of injuries. It is to observe that to award compensation under the head "pain, shock and suffering", multiple factors are required to be considered from the date of accident, which include the prolonged hospitalization and regular medical assistance, nature of the injuries sustained, the operations underwent and the consequent pain, discomfort and suffering. Simultaneously, he has to suffer post­accident agony for whole life, including the amenities of life, which he can enjoy as a normal man but unable to do so on account of permanent disability. In the era of competition, he can perform better as a normal man but is unable to compete with others. Therefore, under the head "pain, shock and suffering", amount of compensation deserves to be granted."

Motor Vehicles Act 1988 - Motor accidents claims compensation - Mutliplier method- Multiplier method has been recognized as most realistic and reasonable because it has been decided by looking at the age, inflation rate, uncertainty of life and other realistic needs- Not only for determination of future loss of earning but for attendant charges also the multiplier method should be followed (Paragraph 14)

Motor Accidents Compensation - Supreme Court grants relief to an advocate who had suffered 100% permanent disability due to an accident by enhancing the compensation awarded by the High Court from Rs 23,20,000/- to Rs 51,62,000/-.