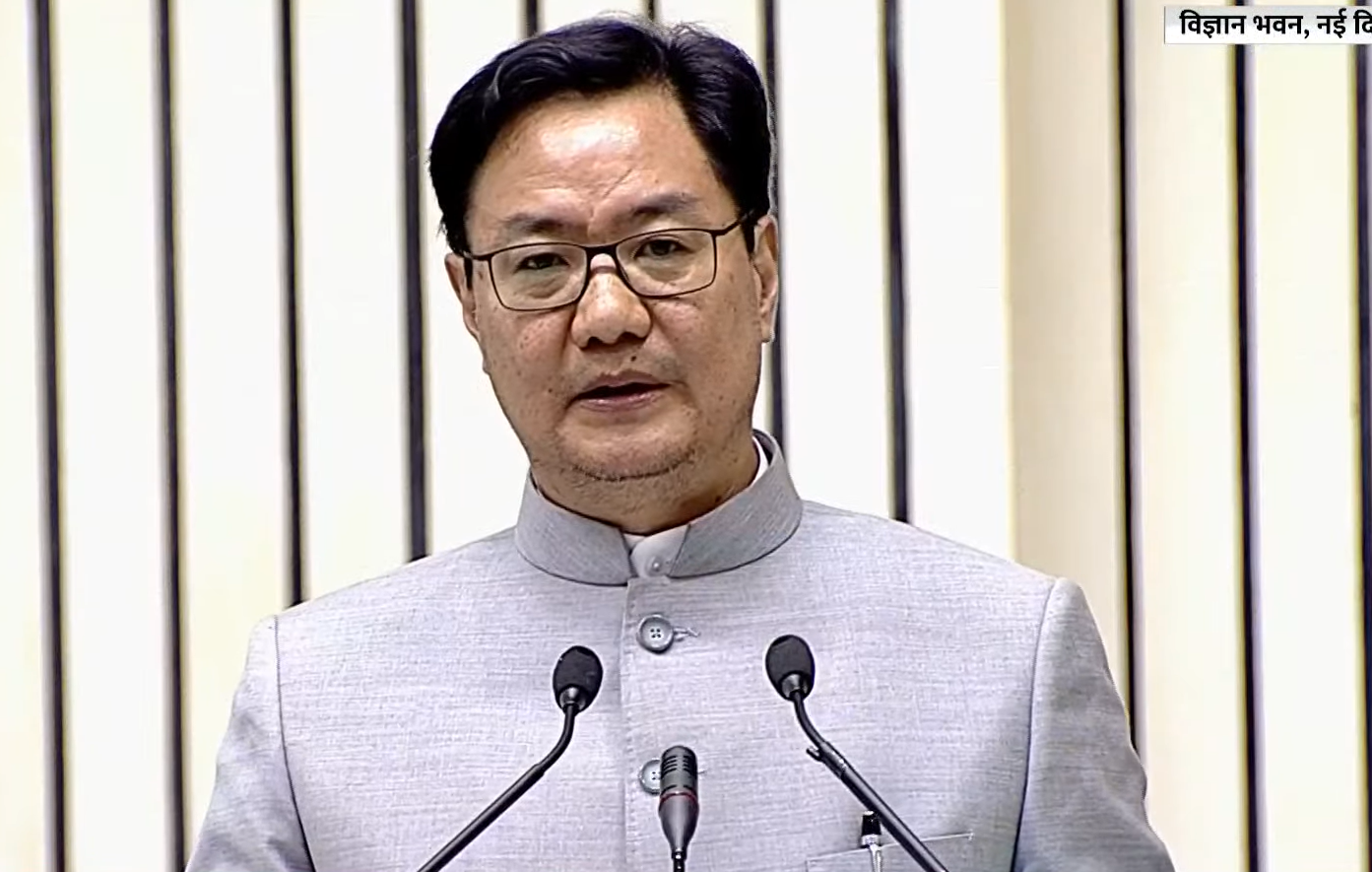 During the introduction and passing of the Electoral Laws(Amendment) Bill, 2021 in Lok Sabha today, Union Law Minister Mr. Kiren Rijiju explained that there were some disparities in the existing laws hence the need for the introduction of the Bill.

On the contentious issue of Aadhaar-Voter ID linkage, Mr. Rijiju explained that there was a need to weed out bogus voters from electoral rolls. He further explained that the provision for linkage of Aadhaar card with Voter ID would "not be compulsory only voluntary" in nature.

Members of the Parliament expressed their opposition to the content of the Bill and the manner in which it was being introduced.

MP Adhir Ranjan Chowdhury questioned the manner in which the Bill was being pushed through the Parliament. "The Bill is being introduced today, taken up for consideration and passing today. What is the hurry? We have requested that it be referred to Standing Committee."

It may be noted that the Bill was introduced in Lok Sabha today morning. Only by way of a supplementary notice was the Bill taken up for consideration and passing today afternoon.
MP Sule asked why the government was rushing through with the Bill in Parliament without allowing for detailed deliberation. Further she asked "If the Minister wants electoral reforms let him introduce a comprehensive bill talking about women's reservation, electoral bonds."

MP N K Premchandran also raised objection to the way in which parliamentary procedures are not being followed. "I oppose not only on constitutional grounds but also by the way it is being passed. It is introduced only today. members are not getting the opportunity to move amendments."

Earlier in the day, MP Manish Tewari had opposed the introduction of the Bill and stated that the Puttuswamy judgement and the Aadhaar Act do not allow the linkage of Aadhaar card to the Electoral right. "Voting is a legal right. Therefore this Bill is beyond the legislative competence of the Aadhaar Act," he added.

MP Owaisi too had expressed his opposition to the Bill stating that the Bill will allow the government to profile and disenfranchise voters and "end up violating principles of secret ballot and universal adult franchise."

MP Lavu Devarayalu, while expressing his opposition to the Bill, pointed out that a similar seeding exercise carried out in Andhra Pradesh had resulted in the disenfranchisement of 30 lakh voters. He further pointed out that it may become a tool in the hands of the government to look into the voting habits of citizens.

MP Shashi Tharoor also pointed out that Aadhaar was only meant to be a proof of residence and not of citizenship. Further, he asked, when only citizens are allowed to vote then how the linkage of Aadhaar and electoral rolls would serve the purpose of weeding our bogus voters.

Union Law Minister countered the objection by bringing to the House' notice that a Parliamentary Standing Committee had already "unanimously recommended" these provisions. He further stated that linking Aadhaar with the electoral rolls would "reduce electoral malpractices".

Countering the specific argument of the opposition members that the linkage of Aadhaar and Electoral Rolls would violate the Puttuswamy judgement, the Law Minister explained that all the conditions given in the judgement- permissible law, legitimate state interests, test of proportionality-are satisfied in this case.

"There is a permissible law…Legitimate state interest is there because S.17 of RPA says that no person shall be entitled to be registered for more than one constituency… On the test of proportionality...this provision is in the interest of voter, the country and the interest of free and fair elections," he stated.

The House took the Bill up for consideration at 2:45 PM and by 3:15 PM the House passed the Bill by voice vote.