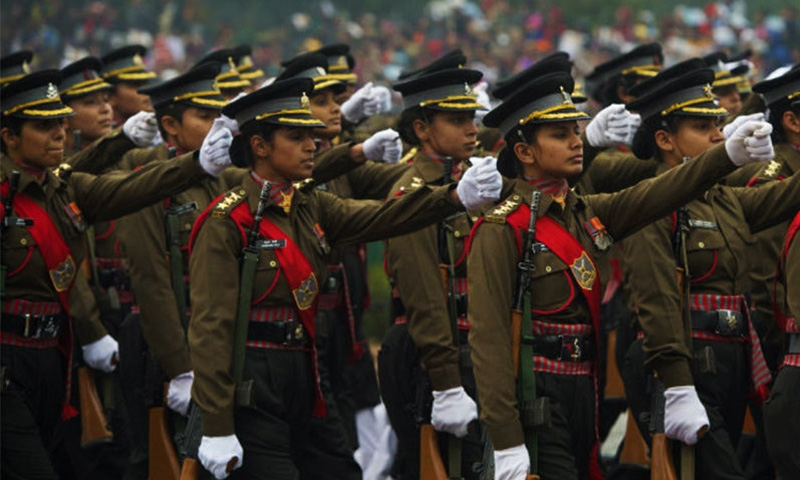 In a significant judgment on gender equality, the Supreme Court on Monday directed that Permanent Commission should be granted to women in army regardless of their service, in all the ten streams where the Union Government have already taken a decision to grant Short Service Commission to women.The Court also held that absolute exclusion of women from command assignments is against Article 14...

In a significant judgment on gender equality, the Supreme Court on Monday directed that Permanent Commission should be granted to women in army regardless of their service, in all the ten streams where the Union Government have already taken a decision to grant Short Service Commission to women.

It was held that the blanket non- consideration of women for criteria or command appointments absent an individuated justification by the Army cannot be sustained in law.

"It is an insult to women as well as the army when aspersions are cast on women, their ability and their achievements in the army", the Court observed.

At the same time, the Court said that it was not interfering with the policy of the Government to exclude combat roles to women.

"Courts are indeed conscious of the limitations which issues of national security and policy impose on the judicial evolution of doctrine in matters relating to the Armed forces. For this reason, we have noticed that the engagement of women in the Combat Arms has been specifically held to be a matter of policy by the judgment of the Delhi High Court and which is not in question in the present appeals", the bench observed.

This is in the case Secretary, Ministry of Defence vs Babita Puniya and others, in which a SC bench comprising Justices D Y Chandrachud and Ajay Rastogi had reserved orders on February 5.

Reading out the judgment, Justice D Y Chandrachud slammed the arguments made by the Centre in their written notes which had cited the physiological features and domestic obligations of women as reasons for denying them command appointments.

The bench observed that these arguments perpetuate "gender stereotypes".

The Court added that change of mindset is required on part of government to put to end gender discrimination in armed force.

The SC also criticized the 2019 policy formulated by the Ministry of Defence, whereby permanent commission was allowed in certain fields to certain classes of women based on their years of service. This policy had excluded women officers who had put in more than 14 years of service.

On this, the Court observed :

"Denying permanent commission to women on ground that they have over 14 years service is a travesty of Justice. The policy must apply equally to all women officers, regardless of years of service".

The Centre has been granted three months time to implement the directions.

The Court has also called for a 'change in mindset' for bringing in gender equality in army,

"These assertions which we have extracted bodily from the written submissions which have been tendered before this Court only go to emphasise the need for change in mindsets to bring about true equality in the Army. If society holds strong beliefs about gender roles – that men are socially dominant, physically powerful and the breadwinners of the family and that women are weak and physically submissive, and primarily caretakers confined to a domestic atmosphere – it is unlikely that there would be a change in mindsets", the Court said.

In their written arguments, the Government had cited physical limitations, reluctance of male troops predominantly from rural background to accept women in command, domestic obligations due to social roles of women etc., as reasons for denial of command appointments to women.

The reasons cited by the Central Government for not giving command appointments to women in Indian Army were criticized as 'highly regressive' in the written submissions filed by women officers in the Supreme Court.

To rebut the Centre's arguments on physical weaknesses and unsuitability of women in command officers, the written submissions have referred to examples of women officers such as Squadron Leader Minty Agarwal, Divya Ajit Kumar, IAF officer Gunjan Saxena etc, who have received gallantry awards for their bravery during combat operations.

This classification made in the policy is being challenged as arbitrary and unreasonable, in so far as it denies equal benefits to all classes of SSCWOs.

"This proposal of the Union of India smacks off arbitrariness & hostile discrimination qua the Women Officers who have pioneered the battle for grant of Permanent Commission to Women Officers and have been pursuing their remedies before the Hon'ble Court since 2003, when the lead Writ Petition No.1597/2003 was filed before the Hon'ble High Court", argued the women officers.

This argument was upheld by the Court.

The Court accepted the policy decision taken by the Centre on February 15, 2019 subject to the following conditions :

(a) All serving women officers on SSC shall be considered for the grant of PCs irrespective of any of them having crossed fourteen years or, as the case may be, twenty years of service;

(b) The option shall be granted to all women presently in service as SSC officers;

(c) Women officers on SSC with more than fourteen years of service who do not opt for being considered for the grant of the PCs will be entitled to continue in service until they attain twenty years of pensionable service;

(d) As a one-time measure, the benefit of continuing in service until the attainment of pensionable service shall also apply to all the existing SSC officers with more than fourteen years of service who are not appointed on PC;

(f) SSC women officers with over twenty years of service who are not granted PC shall retire on pension in terms of the policy decision; and

SSC women officers who are granted PC in pursuance of the above directions will be entitled to all consequential benefits including promotion and financial benefits.