Accused Cannot Be Convicted Of Rape On Basis Of Sole Testimony Of Prosecutrix Unless Her Testimony Is Of "Sterling" Quality: SC [Read Judgment] 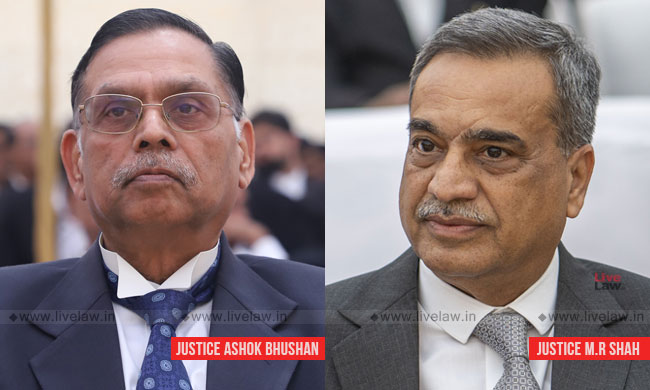 The Supreme Court has held that the conviction of an accused in Rape Cases cannot be done on the basis of sole testimony of the Prosecutrix unless she passes the test of "Sterling Witness".

The Judgment rendered by a Bench comprising Justices Ashok Bhushan & M.R. Shah has held that in order to convict an accused on the basis of solitary evidence of the Prosecutrix, the evidence must be absolutely trustworthy, unblemished and of sterling quality.

While relying on Rai Sandeep alias Deepu v. State, the Bench has reiterated that the "sterling witness" should be of a very high quality and calibre whose version should, therefore, be unassailable. The court considering the version of such witness should be in a position to accept it for its face value without any hesitation. To test the quality of such a witness, the status of the witness would be immaterial and what would be relevant is the truthfulness of the statement made by such a witness.

The Prosecutrix filed a complaint against her brother-in-law, the Appellant (Accused) on 16.09.2011, alleging that he had raped her on the preceding night.

An FIR was registered in Makhdumpur Police Station, Patna against the Appellant and investigation was carried out.

On conclusion of investigation, the IO filed the Charge sheet against the Appellant under sections 376(1) and 450 of the IPC. The Additional Sessions Court at Jehenabad tried the case.

The Appellant pled innocence all through.

The Prosecution examined eight witnesses along with the Prosecutrix and the Medical Officer. Out of the 8 witnesses, three witnesses did not support the case of the prosecution and turned hostile.

Subsequently, the appellant filed an appeal before the High Court wherein it was dismissed.

Aggrieved, the Appellant filed an Appeal in the Supreme Court.

The Advocate appearing on behalf of the Appellant vehemently argued that the Courts had materially erred in convicting the Appellant. He argued that the unreliable medical evidence, material contradictions in the deposition of the prosecutrix & delay in lodging FIR created serious doubts on the credibility of the Prosecutrix.

"It is further submitted by Shri Santosh Kumar, learned Advocate appearing on behalf of the original accused that except the deposition/evidence of the prosecutrix which has not been corroborated by the medical evidence, there is no other independent and cogent evidence to connect the accused with the guilt"

The Appellants Counsel further argued that when the conviction of the accused under Section 376 of the IPC has been done on the sole testimony of the Prosecutrix and since material contradictions existed in the medical evidence, it became unsafe to convict the accused on that basis.

Counsel appearing for the Respondent State stated that due leverage must be given by the courts while evaluating evidence as the Supreme Court had consistently held vide Ranjit Hazarika v. State of Assam & State of Punjab v. Gurmeet Singh & others that ordinarily, the evidence of a Prosecutrix should be believed as "no self-respecting woman will come forward in a court just to make a humiliating statement against her honour such as is involved in the commission of rape on her"

Moreover, he argued that merely because the Medical Report was inconclusive, there inference of innocence of the accused could not be drawn.

What the Supreme Court Held:

While allowing the Criminal Appeal and acquitting all charges leveled against the Appellant, the Court held that the version of the Prosecutrix could not be taken as the gospel truth as in the absence of any other supporting evidence, there was no scope to sustain the conviction.

The Court further held that there were material contradictions in the evidence of the Prosecutrix and it was not reliable and trustworthy in order to convict the Appellant-accused.

While reiterating that even though, ordinarily, sole testimony of the Prosecutrix was enough to convict an accused of Rape, the Court could not lose sight of the protection of the accused against false implication.

"It cannot be lost sight of that rape causes the greatest distress and humiliation to the victim but at the same time a false allegation of rape can cause equal distress, humiliation and damage to the accused as well. The accused must also be protected against the possibility of false implication, particularly where a large number of accused are involved."