Accused Can't Be Indefinitely Kept In Jail For His Inability To Produce Registered Surety For Reasons Beyond His Control: SC [Read Order] 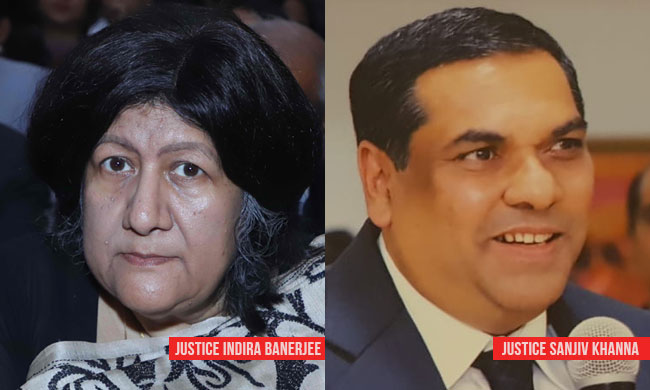 The Supreme Court has observed that an accused cannot be indefinitely kept in jail for his inability to produce registered surety for reasons beyond his control.

The bench comprising Justice Indira Banerjee and Justice Sanjiv Khanna directed the Chief Metropolitan Magistrate, Calcutta, to consider modifying the orders passed in the bail plea of one Wasim Ahmed, without insisting on registered surety.

Chief Metropolitan Magistrate of Calcutta had granted bail to Wasim Ahmed on condition of producing registered surety. He had approached the Apex Court directly against this order due to Advocate strike in West Bengal.

"The short question is whether the petitioner can indefinitely be kept in jail for inability to fulfill the condition of producing a registered surety and that too when he is unable to produce a registered surety for reasons entirely beyond his control. The answer to the aforesaid question necessarily has to be in the negative. We, therefore, deem it appropriate to direct the learned Chief Metropolitan Magistrate concerned to consider modifying the orders dated 10.05.2019 and 08.05.2019 on such appropriate terms as may be deemed necessary, including cash security and / or reliable surety though not registered, without insisting on registered surety."

The bench said that the accused shall be produced before the Chief Metropolitan Magistrate. If it is found that the Court Room is locked, as alleged (which seems rather incredible), or if it is not possible to produce the petitioner before the Chief Metropolitan Magistrate by reason of picketing and / or obstruction or otherwise, the petitioner may be produced before the High Court on or before 2 22.10.2019 for consideration of modification of the bail on appropriate terms, the bench said.