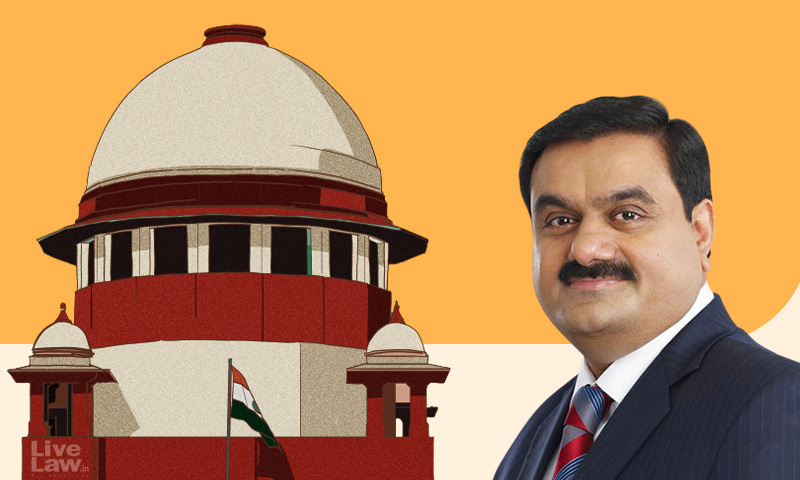 The Supreme Court on Tuesday accepted the out-of-court settlement between Gujarat Urja Vikas Ltd (GUVL) and Adani Power Ltd. The development happened in a curative petition filed by GUVL against a 3-judge bench verdict of 2019 which upheld Adani Power's termination of the Power Purchase Agreement with it.The curative petition was listed for open court hearing before a 5-judge bench comprising...

The Supreme Court on Tuesday accepted the out-of-court settlement between Gujarat Urja Vikas Ltd (GUVL) and Adani Power Ltd. The development happened in a curative petition filed by GUVL against a 3-judge bench verdict of 2019 which upheld Adani Power's termination of the Power Purchase Agreement with it.

When the matter was taken, Attorney General for India KK Venugopal informed the bench that the parties have settled the disputes. "There was a claim of 10,000 crores compensation and it now stands withdrawn. So we pray for settlement to be recorded", the AG said.

Adani's counsel informed the bench that they have agreed to continue supplying power to GUVL. The CJI asked if the settlement can accepted in the curative plea without interfering with the judgment.

Attorney General and Senior Advocate CA Sundaram submitted that the powers under Article 142 of the Constitution can be invoked to accept the settlement.

"I have a suggestion. We'll simply record that a compromise has been entered into and dispose of in terms of that compromise. We'll simply say the relationship of parties will be governed by settlement", Justice Lalit said.

The bench then dictated the following order :

"After we issued notice, it appears that during the pendency, parties have settled dispute & filed joined application. After hearing, the settlement deed is taken on record.  In view of the of the settlement, we dispose off the curative petition saying that both parties are governed by the settlement entered into by parties. Accordingly, petition stands disposed of"

In 2019, a 3-judge bench comprising Justices Arun Mishra, BR Gavai and Surya Kant had upheld Adani Power's termination of the PPA with GUVL. In this case, Adani had terminated the PPA with GUVL on the ground that Gujarat Mineral Development Corporation(GMDC) had failed to supply coal to it. According to Adani, it was the understanding between the parties that supply of power to GUVL was conditional on coal supply by GMDC. Adani also deposited the amount of Rs. 25 crores as liquidated damages.

GUVL filed review, which got dismissed by the same 3-judge bench in September 2019. After that GUVL filed curative petition.

This case had become a subject matter of controversy in 2019, after the then President of Supreme Court Bar Association, Senior Advocate Dushyant Dave, wrote a letter to the then Chief Justice of India alleging that several cases relating to Adani group were given out-of-turn listing. Dave also alleged that the cases were listed before the benches led by Justice Arun Mishra violating the then prevailing roster system. The present case was one of the cases mentioned in Dave's letter.