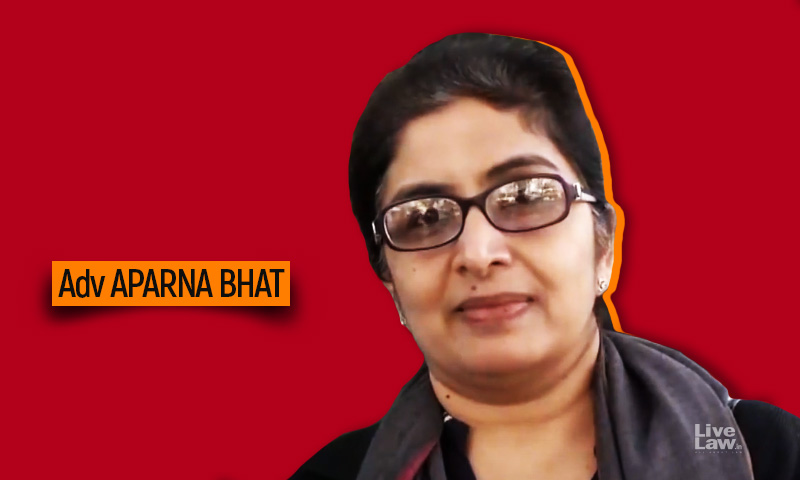 An open letter has been penned to Chief Justice of India S A Bobde and women judges of the top court Justices R. Bhanumati, Indu Malhotra and Indira Banerjee, calling for the censuring the comments made by Justice Krishna S. Dixit of the Karnataka High Court in an order regarding the "unbecoming" conduct of an alleged rape survivor who had slept after being "ravished" by the accused. The...

An open letter has been penned to Chief Justice of India S A Bobde and women judges of the top court Justices R. Bhanumati, Indu Malhotra and Indira Banerjee, calling for the censuring the comments made by Justice Krishna S. Dixit of the Karnataka High Court in an order regarding the "unbecoming" conduct of an alleged rape survivor who had slept after being "ravished" by the accused.

The comment rendered by Justice Dixit in the plea seeking for anticipatory bail had stated that "the explanation offered by the complainant that after the perpetration of the act, she was tired and fell asleep, is unbecoming of an Indian woman; that is not the way our women react when they are ravished."

The letter, written by Advocate Aparna Bhat, informs the Hon'ble Judges that her office was appointed by the Delhi Government to operate "Rape Crisis – a 24-hour multidisciplinary support service, including helpline for rape victims" between 2005 and 2011. As a result of working with victims/survivors of sexual assault, she has borne witness to various challenges posed by the police, doctors, executives, prosecutors, as well as judges.

"I have seen that adult women who press charges against men with whom they have been in a relationship in the past, rarely get empathy from the system. However, over the years, one is repeatedly engaged with many judges in the trial court who display enormous sensitivity in conduct of the cases and ensure that the character slaying in the guise of cross-examination does not take place."

On that note, Bhat states that she is being compelled to write this letter under "extreme duress and shock at the manner in which a High Court judge has trivialized the heinous crime while granting anticipatory bail of the accused in a case of rape."

Bhat further refers to the case of Tukaram & Anr. V. State of Maharashtra (Mathura rape case) wherein it was noted that "Because she [the rape survivor] was used to sex, she might have incited the cops (they were drunk on duty) to have intercourse with her", and asserts that the judicial institution has made huge strides in erasing the ghosts of the Mathura case.

She also invokes the case of Mohd. Iqbal v. State of Jharkhand wherein it had been observed that rape could not be treated only as a sexual crime, but had to be viewed as a crime involving aggression which leads to the domination of the prosecutrix; it is blatant violation of a woman's bodily integrity and affected her physical, mental, psychological and social well-being.

In Justice Dixit's order, the learned judge had observed that the rape survivor had willingly accompanied the accused and had also not objected to consuming alcohol with him. It was additionally noted that the explanation offered by the rape survivor was not adequate; it was in fact "unbecoming of an Indian woman" to be tired and fall asleep after being "ravished".

Bhat, in her letter, takes objection the language employed in the order.

"Is there a protocol for rape victims to follow post the incident which is written in the law that I am not aware? Are 'Indian women' an exclusive class who have unmatched standards post being violated? Who are 'our women'?"

While adding a disclaimer that she is not commenting on the merits of the case or the order of the learned single judge, Bhat avers that she is writing the instant letter in her capacity as a woman.

"I am writing this letter in my capacity as a woman, a lawyer who has provided legal aid to thousands of women and children who have been subjected to rape and other forms of sexual assault and as a stake holder in the justice delivery system. In my opinion, these observations reflect misogyny at its worst and since it is from a judge of a Constitutional court, not condemning it will amount to condoning."

Appalled at the "Neanderthal" opinions about women rendered by superior courts which are supposed to exercise supervisory jurisdiction over mofussil courts where disparaging comments are casually made about the victims/survivors, Bhat underlines the insufficiency and inefficiency of reportage and research revolving around the lack of redressal sought from the criminal justice system by women and their families.

In light of the above, "with the volume of sexual assault cases one is confronted with against the dismal conviction rates, comments such as the one mentioned above, will deter more women and their families from reporting these cases."

In conclusion, Bhat asserts that, though the case in question will meet its own fate depending upon the nature of evidence presented, there is a need to ensure that the observations made therein are censured for posterity.

"I am humbly requesting your Lordship and Ladyships to intervene and issue an advisory to all the High Courts and the subordinate courts in the Country to refrain from commenting on the conduct of the victims, exercise restraint to ensure that their judgements do not reflect stereotypical notions that one may nurse about women, shun misogyny and strive towards enhancing the dignity of women while preserving the sanctity of the judiciary."

On 22nd June, a Single Judge Bench of Justice Krishna S. Dixit of the Karnataka High Court had heard a petition under Section 438 of the CrPC, seeking anticipatory bail. The accused had been employed by the prosecutrix for the past two years and it had been alleged that he had developed sexual relations with her on the false pretext of marriage. During the course of hearing, the Court had expressed its reservations about the genuineness of the prosecutrix's case and allowed the pre-arrest bail application of the accused.

A group of women rights activists, academicians, writers and journalists have written to Justice Krishna Dixit urging him to expunge the 'toxic and misogynistic' remarks from the order.