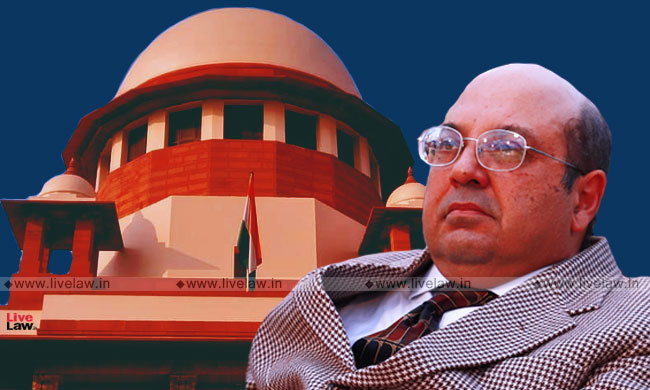 On Wednesday, Justice Rohinton F. Nariman recused himself from hearing Andhra Pradesh Government's plea against the interim stay order passed by the High Court on the formation of three capital cities in the State. Justice Nariman becomes the second Supreme Court Judge to have recused himself in the matter after CJI SA Bobde, on August 17, decided that he could not hear that matter...

On Wednesday, Justice Rohinton F. Nariman recused himself from hearing Andhra Pradesh Government's plea against the interim stay order passed by the High Court on the formation of three capital cities in the State.

Justice Nariman becomes the second Supreme Court Judge to have recused himself in the matter after CJI SA Bobde, on August 17, decided that he could not hear that matter on account of his daughter having appeared for one of the parties during proceedings before the High Court.

The CJI, on that day, had stated that the matter would be taken up by a fresh Bench on August 19, and consequently the Special Leave Petition came up for consideration today before a Bench comprising of Justices Nariman, Navin Sinha and Indira Banerjee.

Notably, Justice Nariman's father, Senior Advocate Fali S. Nariman, is representing the group of farmers, in whose petition the Andhra Pradesh High Court passed the Order which is being challenged before the Top Court. Therefore, with knowledge that Fali Nariman is the counsel for the petitioners in the High Court, and respondents in the Supreme Court, Justice Nariman was quick to recuse himself as soon as the case was called out.

"Not before me", said Justice Nariman while recusing himself.

The petition comes before the Top Court in wake of an interim order passed by the Andhra Pradesh High Court on August 4. The 3-Judge Bench of the High Court had granted the State Government a period of 10 days to file a counter affidavit in a writ petition moved by a group of farmers challenging the constitutional validity of 2 Government Legislations - to repeal the AP Capital Region Development Authority and a Decentralization Act which trifurcates the State Capital. While granting such time, the High Court also directed status quo to be maintained with regard to implementation of these two legislations.

The SLP, filed by Advocate Mahfooz Nazki, contends that the High Court Order effectively staying implementation of Gazetted Notifications (the Governor had given his assent on July 31) is without valid reasons and bad in law.

The State further cites various precedents to buttress their argument that the High Court Order defies principles of law whereby the constitutionality of a statute is presumed to be upheld until proven otherwise.

…The Impugned Order is therefore completely contrary to the well settled principle of law that there is always a strong presumption in favour of constitutionality of a Statute and the burden is on the person who attacks it to show that there has been a transgression of constitutional principles, beyond reasonable doubt...

…The course of action embarked upon by the Hon'ble High Court in staying the Impugned Legislations without rendering any finding of them being ex facie unconstitutional is contrary to the ratio laid down by this Hon'ble Court…", contends the Andhra Pradesh Government.

The Petitioner State goes on to emphasize on the fact that the legislations which have been stayed by High Court not only give effect to the principle of decentralized development in the State but also reflect the will of the State Legislature on the basis of Report submitted by the High-Powered Committee, which was constituted as a result of great deliberations and recommendations over the years.

Asserting, therefore, that the interim order granted by the High Court is "ex facie unsustainable", the Petitioner seeks interim relief by way of a stay on the Order passed by High Court.

Effectively, the High Court Order directs the Andhra Pradesh Government to maintain status quo with regard to the capital city. This implies that Amravati would continue to serve as the State's capital, while prohibiting the Government to shift its executive capital from Amravati to Visakhapatnam.

As per the new legislation notified in the gazette, Andhra Pradesh is to have 3 capital cities with Visakhapatnam serving as the executive capital, Kurnool as the judicial capital and Amravati as the legislative capital
TagsRecusalJustice NarimanTrifurcation of Capital in AndhraAndhra Pradesh Govt
Next Story
Similar Posts
+ View more
Law Firms
+ More
Latest News
+ More
लाइव लॉ हिंदी
+ More
International
+ More
Environment
+ More