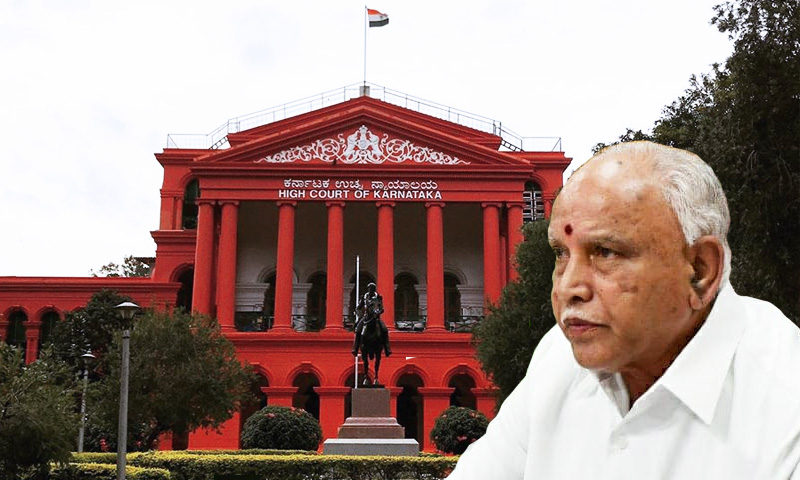 The Karnataka Government on Friday announced that it will bear the cost of travel of migrant workers and stranded persons to their respective States by Shramik Trains up to 31st may, 2020.

This was announced by the Chief Minister, B S Yediyurappa, in Twitter on Friday afternoon.

Therefore Karnataka Government will bear the cost of travel of migrant workers and stranded persons to their respective States by Shramik Trains up to 31st may, 2020. #KarnatakaFightsCorona #IndiaFightsCoronavirus

Notably, this decision has come a day after the Karnataka High Court pulled up the government for not making clear before it the policy regarding bearing the travel costs of migrants from other states.

"We must note here that in none of the written submissions filed by the State and in the written submissions filed today, a copy of the conscious decision taken by the competent authority of the State on the issue of bearing the train fare payable by the migrants is placed on record. We are not made aware whether any such conscious decision has been taken that the State will not pay the train fare payable to enable those migrant workers to travel by Shramik special trains who are not in a position to pay the train fare", observed a bench headed by Chief Justice A S Oka on May 21.

The bench also asked the Central Government if the State can be permitted to use the funds transferred by the National Disaster Response Fund for paying the rail fare of migrants who cannot pay.

In fact, the Court had been hearing the issue of the plight of stranded migrants for past several days. The Court had been passing repeated directions to the State Government to come out with a clear policy regarding bearing of the travel cost of the migrants from other states, who cannot afford the rail fare.

On May 11, the bench observed that no one should be deprived of an opportunity to go back to his own state only for the reason that he has no capacity to pay for the transport.

The bench had then directed the State Government to immediately convene a meeting of all the Trade Unions, Employers' Associations and NGOs in the State with a view to ascertain whether any contribution can come from the Employers' Association, Trade Unions and NGOs which can be used for bearing the Train fares of the migrant workers who are not in a position to pay the train fare.

Stand taken by the Karnataka Government

On May 18, the Court noted that this was contrary to the policy of the Central Government, as per which the originating state should bear the travel cost.

The Court also observed that the State cannot  bring in classification based on the migrants' origin state.

In the written submissions filed on Thursday, the Government reiterated its stand, stating :

"There is nothing erroneous or illegal in the State limiting the expenditure only to those migrants who are returning to the State of Karnataka. There is no violation of any right to equality or the right to life. Article 19(1)(d) is a freedom guaranteed to citizens to move freely throughout the territory of India. No restriction is imposed on this freedom, other than that which has been imposed by the MHA Guidelines".

"There is no constitutional or statutory obligation on the State to provide free transport or to bear cost of transport to all persons within the State", the Government added.

The bench did not express agreement with these line of submissions on Thursday. The Court observed

"The concept of a Welfare State has been consistently a part of our Constitutional philosophy. Today, because of the reluctance of the State Government to bear the train fare of the migrant workers who are not in a position to pay, apart from the allegation that it will violate the fundamental rights of the migrant workers, they will be forced to continue to stay in the State. They will have to look upon the State Government for providing food and other necessities".

"We must record here that it is not merely an issue of survival of the migrant workers who are unable to go back to their respective States because they do not have money, there are other needs of the migrant workers, such as their health, their families. The migrant workers who are staying in the State by leaving their families in the States of their origin are in a precarious position because they are unable to send money for the maintenance of their respective families. These are all human issues which need to be addressed by the State Government as well as the Central Government, considering the concept of a Welfare State."

The bench reminded both the governments how the situation had arisen, it said

"The situation which has arisen today is due to the reason that there was no time available for the migrant workers to go back to their respective States after the declaration of lockdown. By the time the embargo on travel from one State to another was diluted, many of the migrant workers must have lost their jobs and/or source of livelihood and therefore, they are unable to pay the train charges".

The Court then proceeded to direct the apperance of the Chief Secretary and the Secretary of the Labour Department to remain present before the court through video conferencing on May 26.

Following that, on Friday, the Chief Minister announced the decision of the State Government to bear the travel cost of migrants from other states.

Two weeks ago, the Karnataka Government had came under severe criticism for cancelling Bihar-bound shramik trains, apparently under pressure from builder lobby.