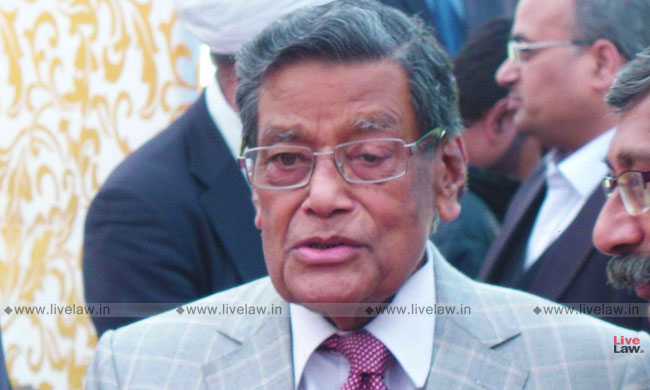 The in-house panel comprising sitting judges was constituted ignoring the suggestion made by the Attorney General of India K K Venugopal that the sexual harassment allegations against the Chief Justice of India should be probed by a panel of three retired judges, with one among them being a woman.This suggestion was made by him in a letter written to the CJI and next four senior judges a...

The in-house panel comprising sitting judges was constituted ignoring the suggestion made by the Attorney General of India K K Venugopal that the sexual harassment allegations against the Chief Justice of India should be probed by a panel of three retired judges, with one among them being a woman.

This suggestion was made by him in a letter written to the CJI and next four senior judges a day after the special sitting held by the Court on April 20 Saturday in the wake of the allegations of the former SC staff against CJI surfacing in online news portals.

This means that though the AG had seemed supportive of the CJI's defense that the allegations were a plot to "deactivate judiciary", he actually wanted an impartial enquiry by a panel which was completely independent of the influence of the CJI.

Earlier in the day, The Wire had reported that the AG had written to all Supreme Court judges recommending that external members be brought on to the in-house committee set up by the Court. That report went on to add that the AG's views were divergent from the stand of the government, and that the AG was forced to later clarify that his opinions were purely personal. The Wire report had hinted at a rift between the AG and Centre due to this, and speculated that AG might resign.

However,the AG denied the The Wire report . What was sent by him was a letter to the Chief Justice and next four senior judges suggesting a panel of three retired judges, and this was sent before the constitution of in-house panel, he clarified.

It is confirmed by AG that that he had written to the CJI and next four senior judges suggesting that the probe be carried out by a panel of three retired judges, with one among them being a woman.  This was sent on April 22, after the special sitting on April 20. The Government was not happy with this development and wanted to distance itself from the controversy. This led Venugopal to later write a clarification to the five judges that he was expressing his  suggestion in the capacity of an individual lawyer with 65 years experience and not in capacity as the Attorney General.

These developments show that the Centre was not in favour of an independent enquiry in the matter.

In this context, it may be relevant to note that the AG had sounded skeptical about the claims of Utsav Bains's conspiracy theory. In the appearance made before the special bench of Justices Arun Mishra, R F Nariman and Deepak Gupta, the AG had pointed out the divergences in Bains's affidavit from his earlier Facebook post on the issue. The AG had also opposed the claims of privilege made by Bains by saying "I really cannot understand how a person can make certain allegations and claim rest is privileged". This had caused Bains to respond sharply, which was not appreciated by the bench.

Anyhow, the AG's wise advise was discarded by the Court, as it appointed on April 23 a panel of three sitting judges - Justices Bobde, Ramana and Indira Banerjee. Later, Justice Ramana withdrew from the panel after the woman raised apprehensions of bias due to his close proximity with the CJI. Justice Ramana was replaced by Justice Indu Malhotra later.

The letter by AG was prior to the letter written by Justice Chandrachud to Justice Bobde, seeking inclusion of external members in the panel and allowing the complaint's request for representation by a lawyer.

On April 30, the complainant announced that she was walking out of the enquiry expressing lack of confidence in it.

In a press release, she said that she felt "intimidated and nervous in the presence of three Hon'ble Judges of the Supreme Court and without having a lawyer or support person".  "I felt I was not likely to get justice from this committee and so I am no longer participating in the 3 Judge Committee proceedings", the complainant said

The panel however proceeded with the enquiry and gave a clean chit to the CJI on May 6 and rejected the complaint as without substance.