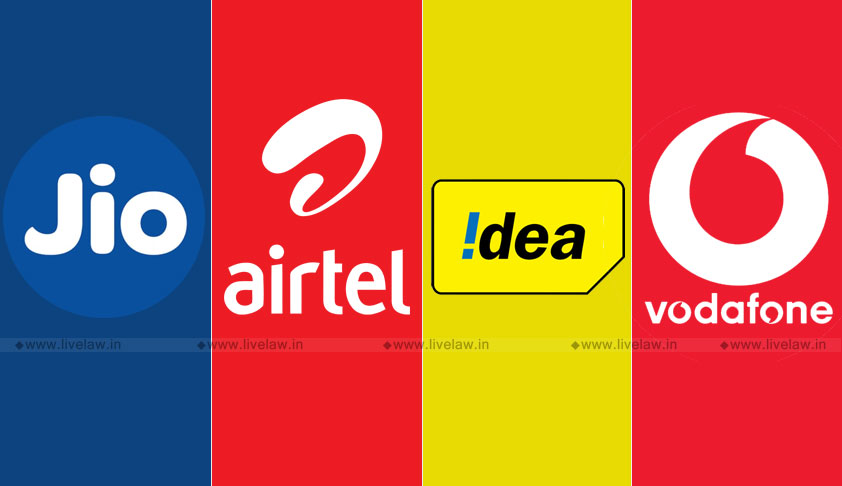 The Supreme Court on Tuesday asked the Department of Telecommunications to complete the assessment of liability to pay AGR (Adjusted Gross Revenue) dues in cases of spectrum trading.

"We direct DoT to complete the assessment in such cases of trade(spectrum trade) and raise demand if it has not been raised and to examine the correctness of self­assessment and raise demand, if necessary, after due verification. In case demand notice has not been issued, let DoT raise the demand within six weeks from today", ordered a bench headed by Justice Arun Mishra.

The bench, on a joint reading of para 11 of the Spectrum Trading Guidelines dated 12.10.2015 read with O.M. dated 12.05.2016, held that the seller's dues prior to the concluding of the agreement/spectrum trading shall not be upon the buyer.

The bench further held that parties were aware the litigation with respect to the definition of AGR was pending, and therefore, the purchasers of spectrum cannot escape the liability as specified in the Spectrum Trading guidelines.

"It is clear that in the case, which was decided by this Court relating to AGR dues, respondents were the parties, and they were litigating with respect to the definition of AGR in the second round of appeal filed before this Court. Each of them was aware that the dispute as to the definition of AGR was pending in this Court. Thus, it is apparent that it was known to the parties that AGR dues to be finalised as per the decision of this Court in a pending matter, and lis was pending for the last 20 years. The liability cannot be escaped as specified in the Trading Guidelines to the extent that the seller or buyer is liable. They have to pay the AGR as per the judgment rendered by this Court", the bench observed.

With respect to the liability under spectrum-sharing (as opposed to spectrum-trading), the bench observed :

"That in the present case, only part of the spectrum of the licensee has been shared with the case of some of TSPs., which has been approved by the DoT under the Sharing Guidelines, 2015, and there is no provision for the liability of the past dues on the shared operator. Even otherwise, the past dues of sharing operator/licensee covers AGR for the spectrum used by holder of licence, certain TSPs. such as Reliance came into existence later on, and as observed hereinabove, the liability of such operator of the AGR, would only be to the extent it has used the said spectrum. Shared operator TSPs cannot be saddled with the liability to pay the past dues of AGR of licensee, that have shared the spectrum with the original licensees".

The bench has also allowed 10 years time to the telecom companies to pay off the AGR dues in annual instalments.

Directions of the Bench