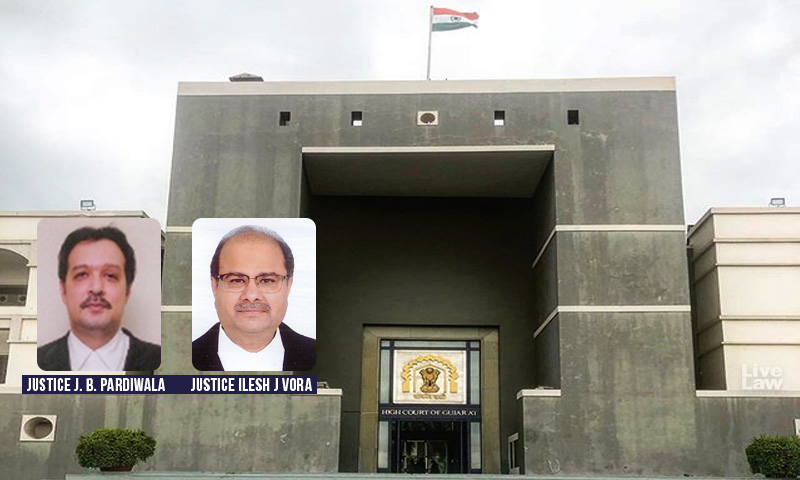 x
There are many problems which the State Government needs to look into closely, the HC said.

While taking note of some of the corrective measures adopted by the Gujarat Government following the sharp criticism from the Gujarat High Court regarding the "pathetic conditions" at the Ahmedabad Civil Hospital, the Court said that it was still too early to give a "final certificate" to the government regarding the hospital.A bench comprising Justices J B Padriwala and Ilesh J Vora made...

While taking note of some of the corrective measures adopted by the Gujarat Government following the sharp criticism from the Gujarat High Court regarding the "pathetic conditions" at the Ahmedabad Civil Hospital, the Court said that it was still too early to give a "final certificate" to the government regarding the hospital.

A bench comprising Justices J B Padriwala and Ilesh J Vora made the observation on Monday, while hearing an application moved by the State Government seeking to recall the critical observations made by it against the Civil Hopsital, which is treating COVID-19 patients in Ahmedabad. The Government said in the application that the scathing observations of the Court "has shaken the confidence of a common man in the Civil Hospital, and in such circumstances, he would be very reluctant to come to the Civil Hospital for treatment if he is tested COVID­19 positive".

Claiming that the steps have been taken to improve the conditions in the hospital, the Government urged the Court to "make few suitable observation so as to inspire confidence in the mind of a common man".

In response, the Court said "if what has been stated by the State Gujarat in this Civil Application is true and a reality, then we appreciate the same. Prima facie, it appears from the materials which has been placed on record that due and proper care is being taken for the treatment of the COVID­19 patients".

The Court however added that the matter does not end there and said:

"It is too early for this Court to give any final certificate to the State Government as regards the Civil Hospital at Ahmedabad. There are many problems which the State Government needs to look into closely and try to resolve the same at the earliest in the larger interest of the people of Gujarat, more particularly, the city of Ahmedabad".

The objections raised by the State Government against the Court taking cognizance of an anonymous letter sent by a resident doctor at the Hospital were also dismissed.

"No resident doctor will muster the courage of coming forward disclosing his identity for the purpose of redressing such grievances. In such circumstances, the resident doctors are compelled to address anonymous letters pointing out the difficulties they are facing as on date in the Civil Hospital", the bench observed.

The Court directed that appropriate inquiry should be undertaken with respect to the contents of the anonymous letter, which highlighted issues of lack of adequate PPEs and N95 masks for doctors, inadequacy of tests conducted on health workers, breach of social distancing protocols in hospitals, lack of isolation facilities etc.

The Court said that an independent committee should probe the complaints raised in the anonymous letter.

"If the doctors and nursing staff are not happy with their working conditions, then it will take a heavy toll on their performance and consequently, on the COVID­19 patients", the Court observed.

Before disposing of the application, the Court sounded a word of caution saying that the Hospital authorities should be ready for a surprise inspection by the judges any time.

The Court also said that it was glad to know that the Health Minister of the State is active and taking keen interest in the administration and functioning of the Civil Hospital.

"It is expected of the Health Minister to discharge his responsibilities for the citizens of the State of Gujarat in the best possible manner. The State of Gujarat should not hesitate to take stern action against any erring officials found to be negligent or careless in discharge of his duties. This is the only way the State Government will be able to repose confidence in the mind of a common man. The State Government boasts that the Civil Hospital at Ahmedabad is the biggest hospital in Asia, but, it should now strive very very hard to make the same as one of the best hospitals in Asia", the Court added.

Civil hospital as good as a dungeon

On May 22, the Court had expressed alarm over the high morbidity rate of COVID-19 patients in Ahmedabad Civil Hospital.

The Court said that its conditions were "pathetic" and were "as good a dugeon".

"It is very distressing to note that most of the patients in the Civil Hospital are dying after four days or more of the treatment. This indicates complete lack of critical care", the Court had said.