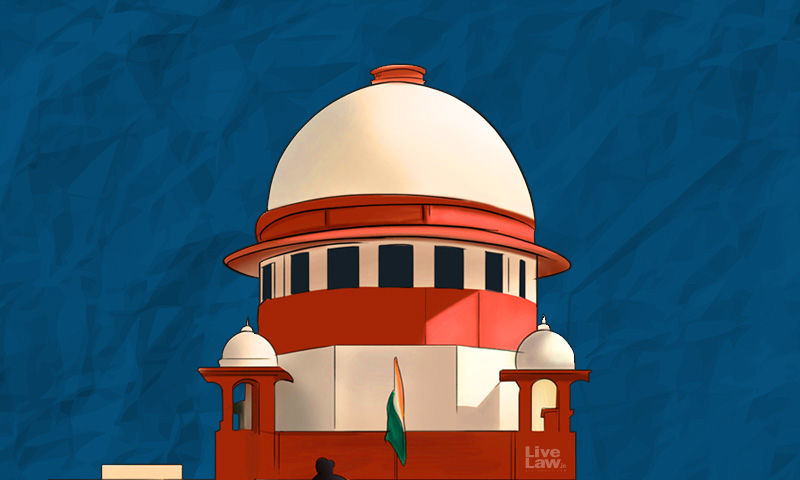 The Supreme Court on Friday allowed, as an interim measure, that buildings devoid of a building use certificate and an NOC from the fire department may continue to be used by hospitals and nursing homes in the state of Gujarat.The Court appreciated the submission made by SG Tushar Mehta, for the state, that amid the ongoing pandemic and the apprehension of a third wave, it would not be...

The Supreme Court on Friday allowed, as an interim measure, that buildings devoid of a building use certificate and an NOC from the fire department may continue to be used by hospitals and nursing homes in the state of Gujarat.

The Court appreciated the submission made by SG Tushar Mehta, for the state, that amid the ongoing pandemic and the apprehension of a third wave, it would not be advisable to altogether seal the hospitals. The Court recorded the submission of the SG that the state shall endavour to devise a workable solution to the issue and issued notice to the state, listing the matter after 8 weeks. In the meantime, the court directed that "no coercive steps" be initiated against anyone, and not just the petitioners.
The vacation bench of Justices Hemant Gupta and V. Ramasubramanian was hearing the SLP against the June 5 decision of the Gujarat High Court dismissing the plea challenging notices issued by the Ahmedabad Municipal Corporation (AMC) for sealing of hospitals run by the Petitioners for lack of NOC from Fire Department of the Corporation and/or Building Use Permission.
The genesis of the notices lies in a fire which took place in Shrey Hospital, Ahmedabad, which led to the loss of 8 lives. While a PIL in this matter was filed before the Gujarat High Court, the AMC issued a Public Notice on 22nd February 2021, stating that it was necessary to obtain Building Use permission and fire NOC before occupying any premises.
"The said notice further reads that those persons who do not have a BU permission and/or fire NOC may apply for the same, failing which, appropriate action will be initiated against them".
Senior Advocate Maninder Singh, for the petitioners, told the bench that before the Petitioners could assess the situation, collate all papers pertaining to their property, seek assistance and guidance, they were all served with identical notices in the month of February and March 2021. The notices called upon the Petitioners to produce the requisite permissions, failing which, they have been threatened that their hospitals will be sealed within 3 days.
"Your Lordships' compassion and judicial statesmanship is required in this matter', he pleaded.
Justice Ramasubramanian said, "The hospitals are now seeking our mercy. We hope they only show the same mercy to the patients when they get discharged"
"I have only to bow down before Your Lordships. That is the spirit. I am observing in the matters before this Court that everybody wants to take the advantage of Covid. But in this case, Your Lordships may not look at the hospitals but look at the people who have already been admitted and, God forbid, if a third wave should come, would need to be admitted. We have seen the height of helplessness of everybody who has suffered in Delhi in fighting for a bed. Delhi has an estimate that if a third wave comes, it will be 37,000 infections every day", submitted Mr. Singh.
The SG also told the Court, "The rules of law have to be complied with and all permissions have to be taken and given. But at this time, it will be hazardous to give up hundreds and thousands of beds. The bed capacity cannot be compromised right now" He added that the Court may examine this matter, but pass a suitable interim order. "In the meantime, something can be worked out", he said.
Justice Gupta observed that while the bed capacity of the small nursing homes is only 10, 20 or 30, the big hospitals have 100s of beds and so different yardsticks have to be applied, that there have to be more stringent conditions for bigger hospitals. "We can't permit the nursing homes and the hospitals to be run without requisite permits", said the judge.
"Certainly some demarcation has to be made. But in some way that it does not harm public interest or the interest of the patient at this point of time", replied the SG.
"How much time do you want?", asked the bench.
"A month or so we can work it out", replied the SG.
"The building certificate is dependent upon the fire safety certificate, both have to be obtained. It is atrocious that people are dying in hospitals because of fire", noted Justice Gupta.
"The difficulty which I foresee is, suppose, in a 5 story building, 1 story is occupied by one small nursing home with three or four beds. But the building permission is not unit-wise, it is for the building and the building, as a whole, may have some issues for not getting building permission", submitted the SG.
"In that eventuality, the nursing home should shift out. You can't have a nursing home in a building which does not have building permission", said Justice Gupta.
"Your Lordships are right. Let me come up with some workable situation so that the law is complied with and the present emergent situation is not affected", told the SG.
Dictating the order, the bench recorded the SG's submission that the sealing of the premises will not serve the public interest, that the SG accepts notice for the state and seeks some time to find a solution of the problem by conferring with the medical professionals in the city of Ahmedabad. Further, the bench noted that the petitioners assert that necessary compliance of building-use certificate and fire no-objection certificate from the fire department will be carried at the earliest.
"In the meantime, there may be no coercive action against the petitioners", directed the bench initially. Then the SG prayed that the bench modify the order to extend it to "anyone" and not just the petitioners which are few in number.