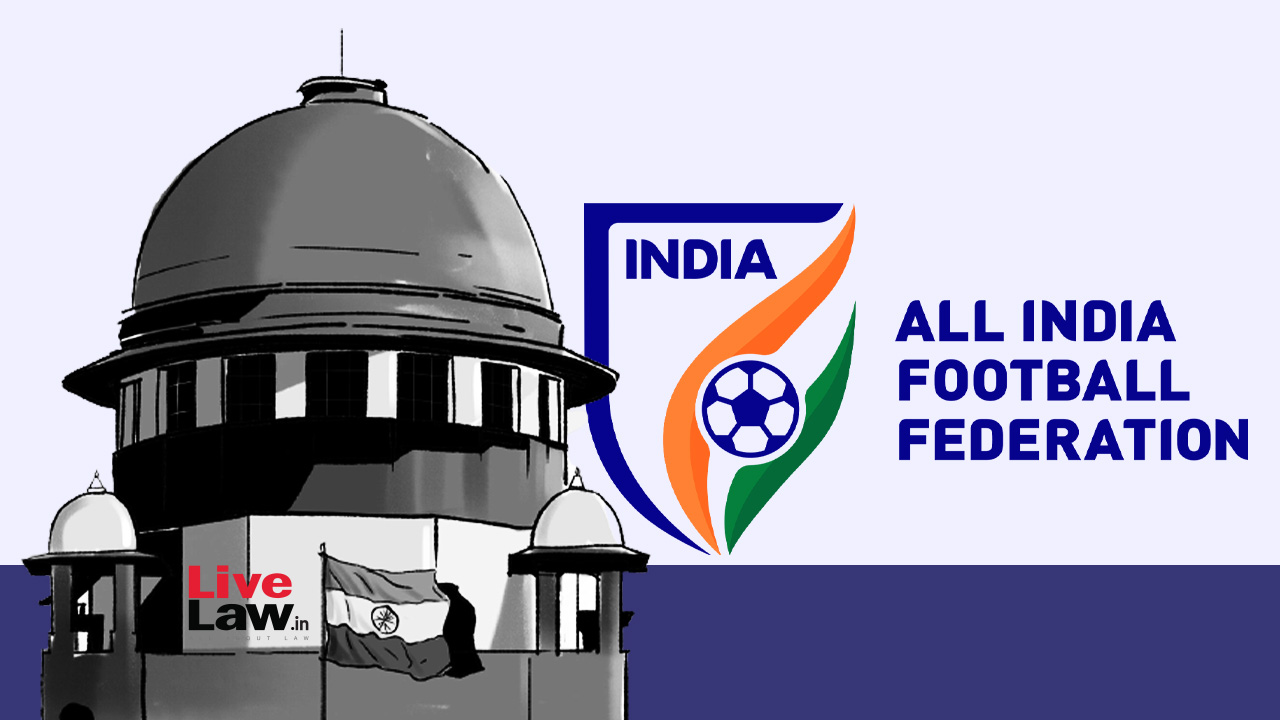 In the case related to the constitution of the All India Football Federation(AIFF), the Supreme Court on Thursday orally remarked that it will not get into the commercial aspects of sport contracts, which are to be handled by a democratically elected body.The Court made this remark in response to the concerns expressed by the Football Sports Development Ltd(FSDL) about terms related...

In the case related to the constitution of the All India Football Federation(AIFF), the Supreme Court on Thursday orally remarked that it will not get into the commercial aspects of sport contracts, which are to be handled by a democratically elected body.

The Court made this remark in response to the concerns expressed by the Football Sports Development Ltd(FSDL) about terms related to pre-existing contract for running the Indian Super League(ISL).

The Court adjourned the further hearing in the case till July 28,  asking all stakeholders(FSDL and state associations) who have objections to the Draft Constitution proposed by the Committee of Administrators of All India Football Federation (AIFF) to prepare a brief note of their submissions by July 25.

In order to facilitate the holding of elections and handing over the affairs to democratically elected body in terms of the Constitution of All India Football Federation which will be adopted, the Supreme Court had re-constituted the Committee of Administrators of AIFF, in May, 2022.

Today, a three judge comprising Justices Dr. Dy Chandrachud, Surya Kant and AS Bopanna further directed that the note of submissions will have to be compiled by the counsel appearing for COA.

The Bench also directed the parties to share the said submissions with each other as well to avoid overlap.

When the matter was taken, Senior Advocate Gopal Shankarnarayan, appearing for the Committee of Administrators, submitted that it had received nearly 250 comments from objectors including the state associations and FIFA/AFC. It has been stated that as a matter of fact, nearly 98% of the objections have been accepted. Moreover, the court was told that the delegation of FIFA had visited India on May 25 and June 23 and COA had made all efforts to ensure that the concerns of the international body are duly taken care of, to avoid any point of friction.

Additional Solicitor General of India Sanjay Jain and Sidharth Singh, Joint Secretary in the Ministry of Sports and Youth Affairs, apprised the court of the fact that in 2017, the FIFA U-17 Men's World Cup was hosted by India. On October, 11, 2022, FIFA U-17 Women's World Cup is due to commence and will be hosted by India. FIFA expects that the inauguration of the under seventeen women's tournament should be carried out under the aegis of a democratically elected body of AIFF. Such a body should be elected by September, 2022, the Court was told.
"Democratically elected body should be in function as per FIFA, otherwise FIFA may take some action..what we are saying if anything happens, it is severelly going to damage the image of the country", the ASG said.

On November 10, 2017, by way of an interim order, the Top Court had stayed the operation of the Delhi High Court's judgment and the directions issued in para 22. It had also appointed former Chief Election Commissioner SY Quraishi and former Indian football team captain Bhaskar Ganguly as a committee of administrators to bring the AIFF's constitution in sync with the National Sports Code. In May 2022, the Supreme Court had appointed former SC judge Justice AR Dave as the head of the COA.
The apex court said the administrators should prepare a draft of the AIFF constitution and be assisted by the office-bearers while keeping in mind that its reputation is not undermined in FIFA.
As the hearing progressed today, Senior Advocate, Dr. Menaka Guruswamy, representing the state associations, informed that the COA, while finalizing the constitution, has traveled beyond the remit of the National Sports Code. This objection would be considered on the next date, the court assured.

Senior Advocates Harish Salve and KV Viswanathan, appearing for Football Sports Development Ltd, told the Court FDSL has a pre existing contract for conducting the ISL, since 2010. The contract is to run until 2025, with a further provision for extension. What would be pertinent for them to find out is whether the constitution has duly taken into account pre-existing contractual engagements. This aspect too would be discussed on July 28, the next date of hearing.
"We don't want to get into contractual issues of FSDL.....We don't want to get into the commercials of sport. Let a democratically elected body handle that......It's not in our remit and we will be treading into a territory we are not familiar with", Justice Chandrachud orally remarked.