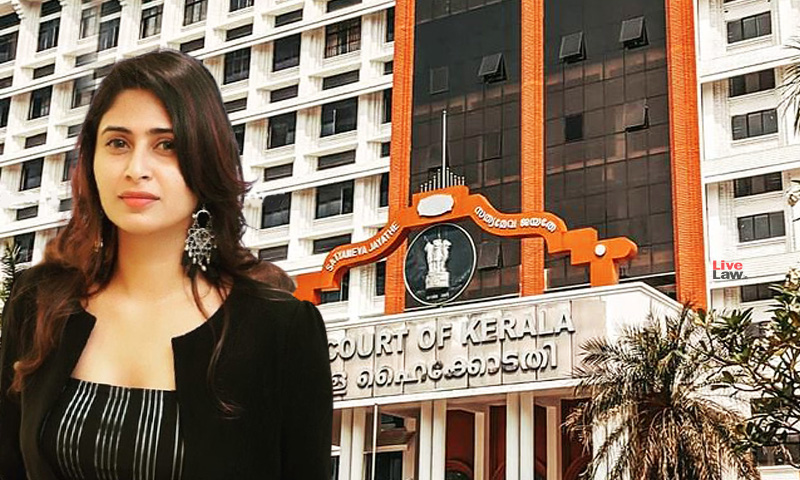 The Kerala High Court on Thursday granted interim anticipatory bail for a week to Lakshadweep filmmaker Aisha Sultana in the sedition case registered over her the 'bio-weapon' remark made while criticizing the regulations of the island administration in a channel debate.A single bench of Justice Ashok Menon also ordered that she should appear before the Kavaratti police for interrogation...

The Kerala High Court on Thursday granted interim anticipatory bail for a week to Lakshadweep filmmaker Aisha Sultana in the sedition case registered over her  the 'bio-weapon' remark made while criticizing the regulations of the island administration in a channel debate.

A single bench of Justice Ashok Menon also ordered that she should appear before the Kavaratti police for interrogation on June 20 as per the notice served on her under Section 41A of the Code of Criminal Procedure. However, in the event of her arrest, she should be released on bail, the court ordered. In case an arrest is recorded after her interrogation, she is entitled to demand the presence of her counsel as per Section 41D CrPC, the Court added.

The Court has reserved final orders on her bail application.

She approached the Court seeking protection in the FIR registered by Kavaratti Police Station under Section 124A(sedition) and 153B (acts against national integration) of the Indian Penal Code. The FIR is based on a complaint by a BJP worker against the alleged remarks made by Aisha Sulthana during a channel discussion that the Government of India had used a "bio-weapon" against the island inhabitants.

Senior Advocate P Vijayabhanu, appearing for the applicant, submitted that the 'bio-weapon' remark should not be understood literally. It was made while criticizing the Lakshadweep administration's decisions to relax the COVID protocol on quarantine which led to exponential surge in the pandemic cases in the island, which did not have even a single case till last January.

The senior counsel said that the remark was made in the "heat of the moment" during a channel debate and admitted that it was "a lapse". He told the bench that Sultana clarified her remarks later and issued apology for the same.

Referring to the Supreme Court judgments in the Kedarnath and Vinod Dua cases, Mr.Vijayabhanu said that criticism against the government, even if expressed in harsh language, will not amount to sedition. He also said that the case does not require custodial interrogation.

The plea was opposed by S Manu, Standing Counsel for Lakshadweep administration, who argued that the 'bio-weapon' remarks had the tendency to create disaffection amongst the island inhabitants against the Government of India. "She made a "powerful, noxious" assertion against the Govt of India. This has been made in the context of protests in Lakshadweep against the new regulations", he said.

"She has practically sowed the seeds of separatism in the minds of people. Imagine a school going girl hearing her statements. She is a filmmaker in a position of influence...If people of Lakshadweep are told that Govt of India has used bio-weapon against them like China, what more is required to create disaffection against the Govt. This is clearly Section 124A IPC", the standing counsel argued.

He also said that imminent violence is not necessary to attract Section 124A IPC and a tendency to create public disorder is sufficient.

Advocate Krishna Raj made submissions for an intervenor who opposed the bail plea. Though the bench observed that a third party cannot intervene in a bail application as it was not a public interest litigation, it allowed Krishna Raj to make submissions.

Krishna Raj submitted that the remarks of Sultana have "international ramifications".

"What if her remarks that India govt used 'bio-weapon' are used tomorrow by Pakistan or some other country against India in UN?", he asked.

Full thread of live-updates from the hearing available here.