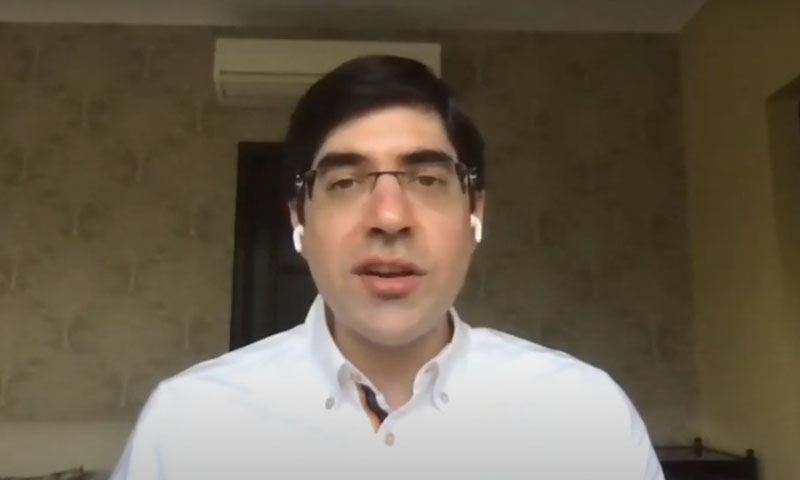 "What we are seeing of late, the attacks on journalists and cinema personalities, is a different breed. What is happening now is not simply a temporary blip, but it is a little more sinister. It is not only an attack on the freedom of speech, but it is a larger narrative orchestrated to propagate the so-called nationalism and to attack the freedom of speech as a value! The attack is on...

The lawyer was addressing the virtual audience at the webinar on 'Criminalising Journalism and Cinema' organised by Live Law.
"The fault lines have been exposed, not within the law but within its implementation. But even this divergence between the law in principle and how it is applied- this has been the case for decades, it is not of recent vintage", he continued.
Mr. Sibal remarked that those who dissent are branded as terrorists and anti-nationals- "And it is not just the IPC, but the terror laws such as the UAPA, which have more stringent conditions of bail, which are invoked in these cases. Terms like 'urban naxals' are being coined and spread"
"While we have not reached the stage of the Emergency, when people caution that there is an undeclared emergency, it must alarm us at a deeper level. We are reaching a place where those spaces, which are available to us today (for condemnation of the State and the police and the criticism of the Judiciary), are starting to shrink", he continued. This was in response to the comments made by veteran journalist N.Ram, another co-panelist, that we have not yet reached a stage comparable to Emergency.
As regards the attacks on the media, he explained that it is not simply limited to selectively targeting those who are critical of the prevailing dispensation- "For example, look at Maharashtra and the things happening there even though there is a different dispensation. That is also disquieting. I may find the brand of journalism of a certain individual to be abhorrent. I also believe that such an individual has also crossed the line and fallen foul of the law by propagating hate speech on his shows. The state machinery in Maharashtra appears to have been misused. There is a tit-for-tat policy, to get back at the previous dispensation by the new party in power"
"Things have become political – there is a takeover of the media to make it less independent by encroaching on it at a financial and other levels...we also have a transformation from a media that we recognised as one which broadly, apart from a fringe which was called 'yellow journalism', observed a certain neutrality. The neutrality and self-regulation is lost. The objectivity of news reporting has been lost in the shrillness of opinions. This also is an excuse to the government to interfere and control the media. When the laws are in the hands of the government and the police is also in its control, it becomes a justification for the public. We need to recognise these undertones and introspect on how to address them", expressed Mr. Sibal.
He explained that the law cannot be formulated with precision for each case, that the law is forward-looking and is supposed to be broad enough for different fact scenarios. The formulation has to be flexible enough to apply to every case; to make it precise would limit its application. It has to be something which would stand the test of time. It is dependent on the State to implement it and on the court to interpret it – but its misapplication cannot be an argument to remove the law all together.
"There is an increasing inconsistency in even the higher judiciary – while there was the robust judgement in Arnab Goswami's case, but when the Tandav controversy went to a different bench of the same court, where there were FIRs in six different states and the petitioners would have had to run from state to state for anticipatory bail, no protection was granted. Arnab got the protection, and rightly so, and so did Amish Devgan. (By such inconsistencies), the rule of law is undermined. There has to be some certainty of outcome, some degree of predictability which is now getting lost", he said.
However, the senior lawyer also pointed out that there are certain sections of the TV media which have gone overboard and have crossed the line. He wondered how the media is to be regulated if it is unable to regulate itself, if the TV channels withdraw their membership of the self-regulatory bodies when the latter hold them accountable to standards. "The regulation cannot be left in the hands of the police and the government", he said.
"The freedom of the press does not accommodate brazen hate speech. This is a slippery slope of the implementation of problematic laws by the police and government – to prosecute you criminally when you fall foul. The government will obviously go after those who annoy it and not the ones who do not annoy it. There is a redefining of democracy to make it majoritarian. It is the rights and freedoms relating to the voice of dissent which need protection, because the voice which is consistent with the prevailing viewpoint needs no protection as it enjoys the protection of the majority", he said.

Communal Far-Right Going All Out In The Name Of Majoritarianism To Attack Freedom Of Speech : N Ram