'No Court Can Shut Its Eyes If A Public Unjust Is Happening Just Before It' : Allahabad HC On Suo Moto Action Against 'Name & Shame' Banners [Read Order] 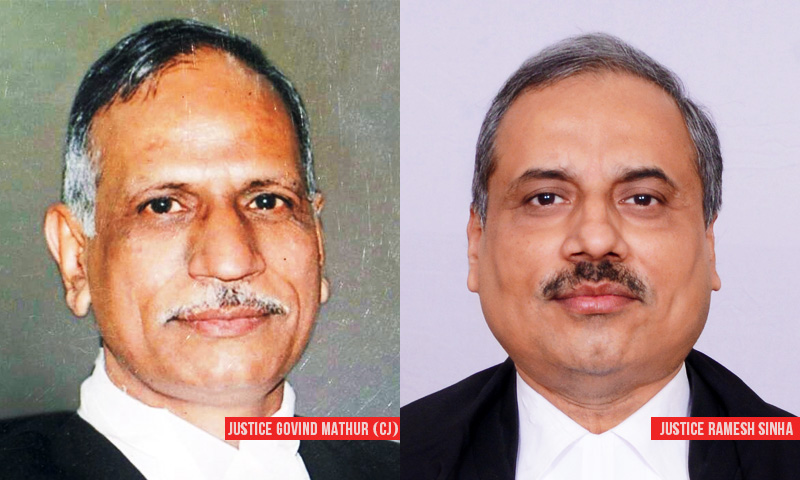 Within three days of Uttar Pradesh administration taking a highly unusual action of putting up banners 'naming and shaming' persons accused of violence during anti-CAA protests, the Allahabad High Court swung to swift action, in a case taken suo moto.The High Court held a special sitting on the suo moto case on Sunday with respect to the banners put up in several parts of Lucknow on Friday....

Within three days of Uttar Pradesh administration taking a highly unusual action of putting up banners 'naming and shaming' persons accused of violence during anti-CAA protests, the Allahabad High Court swung to swift action, in a case taken suo moto.

The High Court held a special sitting on the suo moto case on Sunday with respect to the banners put up in several parts of Lucknow on Friday. A bench comprising Chief Justice Govind Mathur and Justice Ramesh Sinha held hearing in two sessions on Sunday - one at 10 AM, and later at 3 PM to hear the Advocate General of UP, Raghvendra Singh.

The primary objection raised by the Advocate General was that the High Court cannot register a suo moto PIL with respect to the issue. He argued that PIL remedy was meant for underprivileged who cannot access courts. The persons whose personal details are given in the banners are capable enough to agitate their grievance, if any, at their own, argued the AG. The AG also cited the SC decision in State of Uttaranchal Vs. Balwant Singh Chaufal and others, 2010 (3) SCC 402 laying down guidelines for Courts to streamline PIL jurisdiction.

Responding to this, the bench said that the the guidelines laid down by SC were in the context of a PIL by a party litigant having no application in a matter arising out of suo moto action taken by the Court. The bench also stated that it "duly applied its mind to ensure that the PIL is aimed at redressal of genuine public harm or public injury".

"The judiciary usually takes action once a case or cause is brought before it by a party and that is mostly in adverse litigation. But, where there is gross negligence on part of public authorities and government, where the law is disobeyed and the public is put to suffering and where the precious values of the constitution are subjected to injuries, a constitutional court can very well take notice of that at its own".

The Court emphasized that when a glaring illegality happens right before the Court, it need not wait for an affected party to approach it.

As stated in the judgment :

"The Court in such matters is not required to wait necessarily for a person to come before it to ring the bell of justice. The Courts are meant to impart justice and no court can shut its eyes if a public unjust is happening just before it".

The Court elaborated on the justification for suo moto action as follows :

Cause is undemocratic functioning of government agencies

The next technical objection raised by the AG was that the cause of action arose in Lucknow and hence the Court at Allahabad has no jurisdiction.

This was rejected by the bench noting that the cause was not the personal injury cause to any particular individual but about "undemocratic functioning of government agencies".

"In the present case, the cause is not about personal injury caused to the persons whose personal details are given in the banner but the injury caused to the precious constitutional value and its shameless depiction by the administration. The cause as such is undemocratic functioning of government agencies which are supposed to treat all members of public with respect and courtesy and at all time should behave in manner that upholds constitutional and democratic values", the bench said.

It was also noted that the Government was proposing to put up similar posters in other cities of the state as well.

"Looking to the state wide nature of impugned action, it cannot be said that this Court at Allahabad is not having territorial jurisdiction to adjudicate the cause involved", the Court said.

The Court ultimately found the State action to be an "unwarranted interference in privacy", and held it had no legal basis and legitimate aim. The Court directed the immediate removal of the hoardings and directed the District Magistrate and Police Commissioner submit compliance report with Registrar General of High Court by March 16.