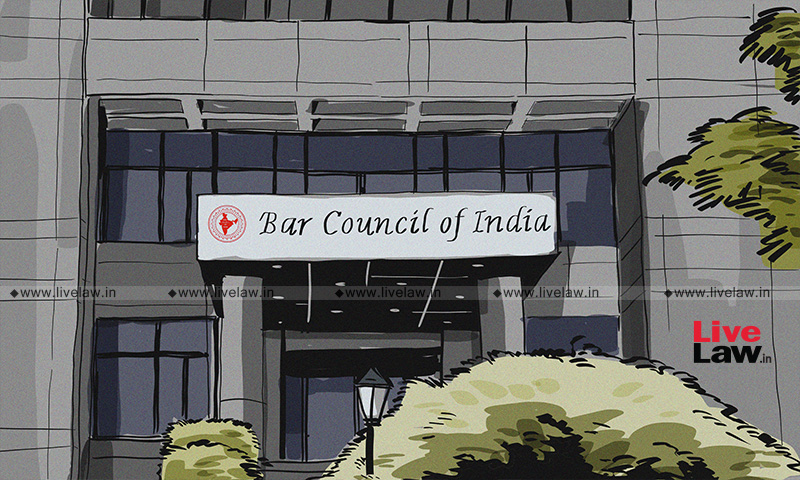 The Bar Council of India has sought the views of the State Bar Councils seeking their views regarding allowing a Korean citizen, who completed law education in India, to enrol as an advocate in India.

The BCI has sent a letter to State Bar Councils in this regard seeking their views and through them, the views of the Bar Associations as well.

The issue relates to the enrolment of one Mr. Daeyoung Jung in the State Bar Council of Delhi. The Council had also considered the proceedings of the High Court of Delhi in the matter where according to the Council the Court seemed to be inclined towards granting him enrolment.

Putting forward the appeal of Mr. Daeyoung Jung, the Bar Council through the letter informs that he is a Korean National who has obtained the degree of law from an Indian Law University and seeks enrolment to practice law in India. Mr. Jung had also apprised the Bar Council that an Indian National who has obtained law degree from a Korean Law University will be entitled to practice law in Korea.
The letter from the Bar Council stated that Mr. Jung submitted that citizens of India can practice law in Korea by obtaining a Koran Law Degree i.e., Juris Doctorate Degree which is a three years degree. He referred to Article 4 and 5 of the Attorney at Law Act and Article 5 and 6 of the National Bar Exam Act for the same.
Mr. Jung had also furnished a writing by the President of Republic of Korean Bar Association stating that there are no nationality restrictions to write National Bar Exam and a person who is qualified to be Attorney at Law can be enrolled into the Korean Bar and that as a reply to Mr. Jung the Ministry of Justice (Korea) had also informed that there is no nationality barrier or restriction for enrolment as an Attorney at Law in Korea.
The Bar Council have also put forward the lines on which most of the members discussed regarding the issue. It was stated in the letter that they had a discussion on Article 19(1)(g) where fundamental right was provided to practice any profession or carry on any occupation to the citizen of India and it is not guaranteed to a non-citizen. Furthermore, in Section 7 of the Advocates Act, the BCI is duty bound to safeguard the rights and duties of the Indian Advocate.
BCI also referred to Section 24 of the Advocates Act where it is provided that, "subject to the other provisions contained in the Act, a national of any other country may be admitted as an Advocate on a State roll, if citizens of India, duly qualified, are permitted to practise law in that other country." The Council observed that the word used in the proviso is "may" and not "shall" and that the proviso is directory.
The BCI therefore suggested in the letter that "there is no mandate on the BCI to admit national of another country as an advocate on a state roll in any State Bar Council in India and the word 'may' is used in a directory sense."
The Bar Council through the letter also stated that Section 47 of the Advocates Act was also discussed which talks about Reciprocity and observed that, "The basis of reciprocity with any foreign Country is that an Indian Law Degree holder should be entitled to practice law in that Country and then similarly India could think of allowing that foreign national holding a foreign degree to practice law in India."
The BCI also informed that it was further discussed that if an advocate is found guilty of any professional misconduct, he can be punished under Section 35 of the Advocate Act but in such a case of a foreign national no action could be taken if he leaves the country and goes beyond Indian Jurisdiction. Furthermore, allowing one individual to be enrolled would open flood gates to the Indian Bar and soon citizens of various other countries would be seen entering the Indian Bar which may not go down well with the Advocates who are Indian citizens.
Looking at the issue requiring wider deliberation the Bar Council of India had circulated the letter to hold discussions with the various stakeholders and all the State Bar Councils and the Bar Associations. The letter also notified that meetings of the BCI, the State Bar Councils and the Bar Associations would be held in a phased manner to deliberate upon the issue.

Since the matter in Delhi High Court is listed on September 21, the BCI requested the State Bar Councils to give their responses by 16th-17th September.