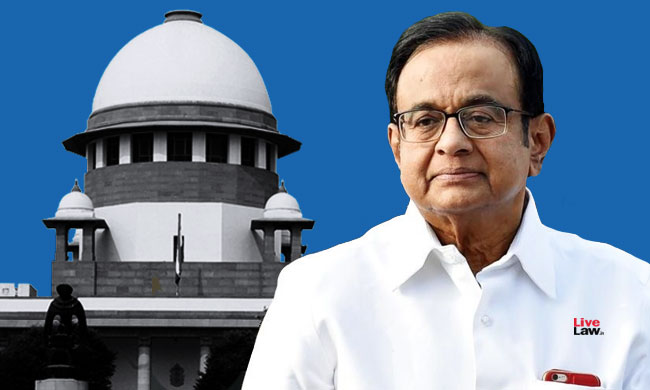 In the OCI candidates' challenge to the prohibition on them from competing for general category seats and making them eligible only for NRI seats, Senior Advocate P. Chidambaram on Wednesday told the Supreme Court that while classification is allowed, micro-classification has been frowned upon by this Court. He pointed out that, while those with OCI status are eligible only for NRI seats, NRIs can apply for NRI as well as Indian seats.

Senior Advocate P. Chidambaram, for the OCI candidates, told the bench of Justices Abdul Nazeer and V. Ramasubramanian, "The 2022 counselling is ongoing. Your lordships gave us an interim order in 2021. This year, your lordships refused an interim order but said that we will hear the matter. There is considerable urgency. Else, we will not be considered for admission in 2022"
Bench: "This requires detailed hearing"
Mr. Chidambaram: "These are about 500 students. Their parents are citizens abroad. Many of these children were born here, grew up here, were raised here....Most of them are here with their grandparents, living and studying in India...."
Bench: "But why are you not accepting Indian citizenship? You want to take advantage and want to run away?"
Mr. Chidambaram: "It was PM Mr. Vajpayee who had said that we consider you as Indians and will amend the law. That is how the OCI category came into being.Their parents are overseas citizens so the child is also so considered because they are minors. Until 2020, we were considered. Suddenly, thereafter, we are being considered only for NRI seats. Classification is allowed, but micro-classification has been frowned upon by this Court since Menaka Gandhi. I am eligible only for NRI seats, but NRIs can apply for NRI as well as Indian seats?"
Bench: "List it on Tuesday (November 29) before appropriate bench"
The Supreme Court had in May, 2022 passed an interim order to allow OCI Candidates who had applied for counselling under Kerala Engineering Architecture Medical 2022 ("KEAM") in Kerala to apply for State and All India Examinations and counselling against the NRI seat by production of proof of his/her OCI status and domicile in a state/India.
In September 2021, the Court had passed an interim order allowing OCI candidates to apply in general category in NEET-UG for the academic year 2021-22.