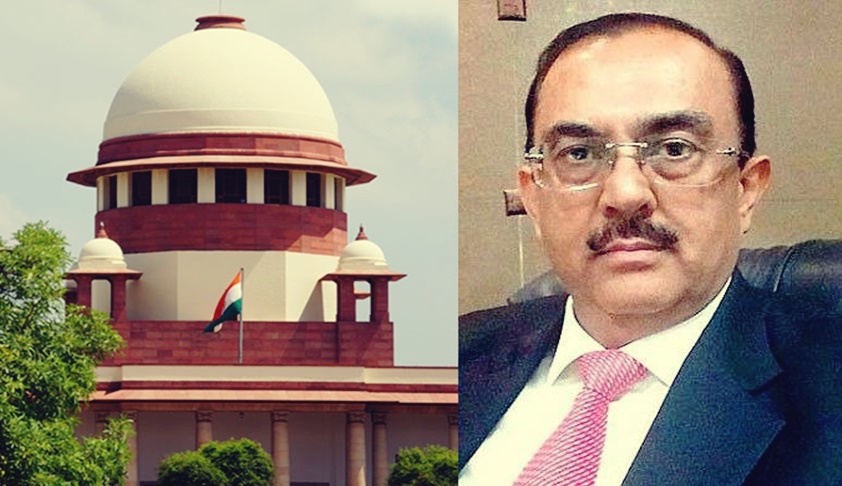 Senior Advocate Vikas Singh has penned a letter to the Chief Justice of India S.A. Bobde enumerating various suggestions to deal with the short-term and long-term problems which are being faced by the Supreme Court of India.

In his authority as a Senior Member of the Supreme Court Bar Association (SCBA) and a former President of the SCBA, Singh has voiced his concerns regarding the problems being faced by the Apex Court due to the COVID-19 outbreak. He has provided suggestions to deal with the same which he states "will also have a beneficial impact on the functioning of the Supreme Court in the long run especially relating to overcrowding in courts".

His first suggestion is that the Supreme Court Rules should be amended urgently so as to provide for compulsory Video Conferencing hearing for certain types of matters and voluntary Video Conference hearing for other types of matters. The former should be reserved for hearing of Bail Matters, Transfer Petitions, Matrimonial Matters, Service Matters involving single employee, matters of Petitioners-in-person (other than PIL) and all other similar matters as well as Chamber matters and the matters before the Registrars.

The latter should include hearing of all mattes and the modalities for the same should be to provide in the listing performa a column for the Advocate-on-Record as to whether he would want his matter to be heard through Video Conferencing.

Singh has stated that till the Supreme Court Rules are amended, the aforementioned suggestions can be implemented by an administrative order.

MODALITIES TO REDUCE PERSON TO PERSON CONTACT IN THE SUPREME COURT

In order to reduce person to person contact and the rush of Advocates inside the Supreme Court, Singh has called for the following modalities to be put in place:

1. The round annexe building in front of Court 12 should be vacated by the Registry completely and a major portion of it should be converted into cubicles with Computer terminals affixed having wired LAN connectivity to the Chamber of Hon'ble Judges who would be sitting for video conferencing. This will enable the practicing lawyers of the Supreme Court to use the Video Conferencing hearing even while attending to other matters listed in other courts which are not permitted through the Video Conferencing mode. This will also permit the briefing/assisting lawyers and the client to be present at the time when the Video Conferencing hearing will be going on. The person to person contact in such hearing will be minimal and in the long run it will help in decongesting the other Courts as a large number of lawyers would be using this facility for the matters nominated through the Video Conferencing mode.

2. The rest of the area in the said annexe building should be converted into a library for lawyers who can wait in the said area while their matters have to be called through the Video Conferencing mode. As of now only Library-2 is being used for such waiting purposes by lawyers having matters in various courts, being the most proximate area to the various court rooms. The Library to be created in the annexe building will act as a buffer to the Library-2 for the waiting lawyers as the annexe building also happens to be the next proximate area to most of the court rooms after Library-2. The providing of the said library is also necessary because the corridors being not air-conditioned, the lawyers use the court rooms for waiting for their matters when in fact they can easily sit in one of the proximate libraries being the air-conditioned area proximate to the Courts.

4. We are all hoping that the lockdown will be partially lifted from 15.04.2020 and I hope and trust that the above measures can be put in place immediately on the date of re-opening, except that needs infrastructure upgrade which process can also be started so that the infrastructure is in place in the shortest possible time. Till such time the infra is created, the WiFi facility in the corridor of the SC can be upgraded so that the Advocates practicing in the SC can appear through Video Conferencing from their laptops while sitting in one of the libraries/conference room or anywhere convenient.

5. The Courts on a regular basis should also follow the system of the Court rising for at least 15 minutes after finishing half the matters listed on that date on a Miscellaneous Day so that the lawyers appearing in the second half need not crowd the Court till the matters of the first half are being considered.

Singh has emphasized on the severe inconvenience being caused to Senior Members of the Bar as well as lady advocates due to the congestion in the court corridors, and has therefore, ended the letter seeking an urgent implementation of the stipulated suggestions.