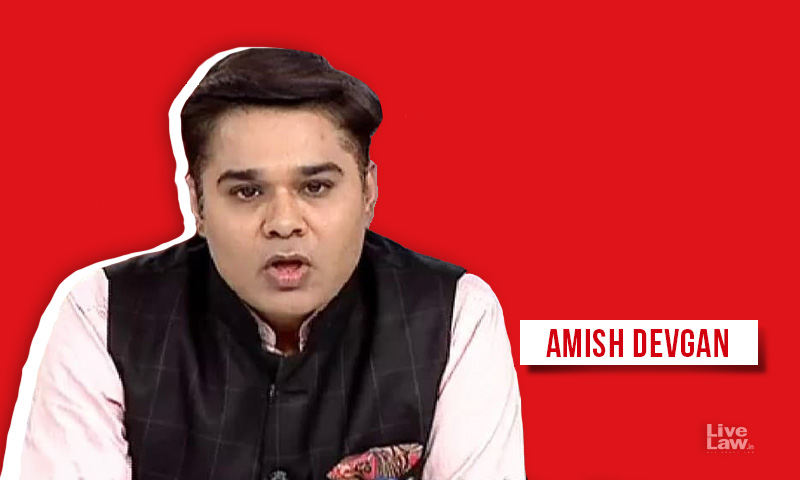 The Supreme Court on Wednesday directed that that the interim orders staying investigation and coercive action against journalist Amish Devgan for multiple FIRs filed against him in connection with his remarks against Sufi Saint Moinnuddin Chishti shall continue.Senior Advocate Siddharth Luthra,appearing for Devgan, informed the bench that status report regarding the investigation as directed...

The Supreme Court on Wednesday directed that that the interim orders staying investigation and coercive action against journalist Amish Devgan for multiple FIRs filed against him in connection with his remarks against Sufi Saint Moinnuddin Chishti shall continue.

Senior Advocate Siddharth Luthra,appearing for Devgan, informed the bench that status report regarding the investigation as directed on the last date has been filed.

A bench of Justices AM Khanwilkar & Sanjiv Khanna allowed the Petitioners to serve copies on the de facto complainants who had not been served and directed the Union and other respondents to file a reply in two week. The Petitioner can file rejoinder thereafter.