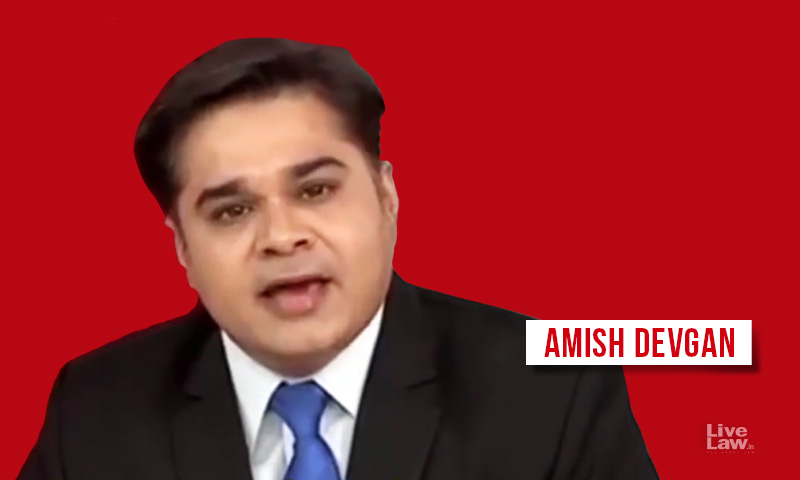 The Supreme Court on Wednesday on Wednesday adjourned the plea seeking quashing of FIRs against Journalist Amish Devgan for making derogatory remarks against Sufi Saint Moinuddin Chishti due to pleadings being incomplete.A bench of Justices AM Khanwilkar, Dinesh Maheshwari & Sanjiv Khanna sought the response of all parties within a week, including the de facto complainants.One...

The Supreme Court on Wednesday on Wednesday adjourned the plea seeking quashing of FIRs against Journalist Amish Devgan for making derogatory remarks against Sufi Saint Moinuddin Chishti due to pleadings being incomplete.

A bench of Justices AM Khanwilkar, Dinesh Maheshwari & Sanjiv Khanna sought the response of all parties within a week, including the de facto complainants.

One of the de facto Complainant's who had filed the FIR against Devgan refused to accept service and the bench stated that the said Respondent shall be "deemed to be served" and that the bench shall proceed ex parte.

"As per the office report dated 14.07.2020, respondent No. 7 has refused to accept service. In that case, it must be treated as deemed to be served and matter proceeded ex-parte against Respondent No. 7, if he does not wish to appear on future dates. Matter will now be considered on August 6"

Further to this, one other complainant who had been served via whatsapp as well as speed post did not appear before the bench. In light of this, the Court noted that this can "also be treated as good service and matter be proceeded against respondent No. 8 ex-parte, if he fails to appear on future dates".

The case has been listed for further consideration on August 5.

Last week, the bench had allowed the Petitioners to serve copies on the de facto complainants who had not been served and directed the Union and other respondents to file a reply in two week. The Petitioner can file rejoinder thereafter.