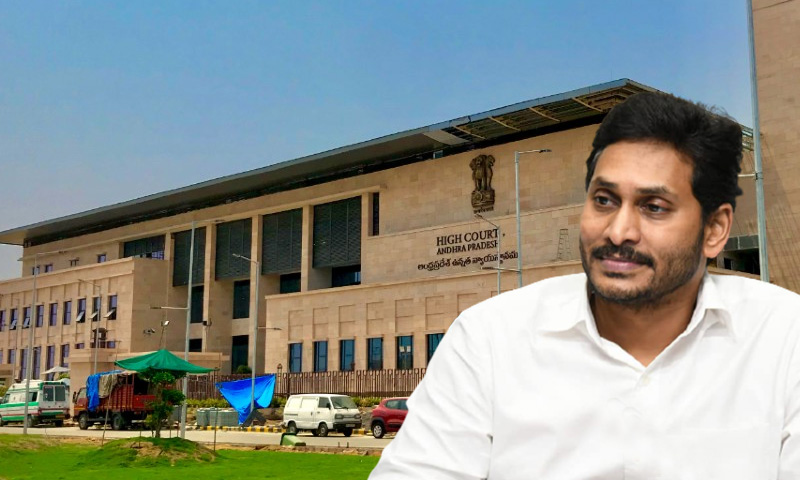 The Advocate General of Andhra Pradesh, Subrahmanyam Sriram, said on Monday that the State will move the Supreme Court against the October 1 order of the High Court seeking to examine whether there is a "constitutional breakdown of machinery" in the State. The development comes after a Division bench led by Justice Rakesh Kumar rejected an application filed by the State...

The Advocate General of Andhra Pradesh, Subrahmanyam Sriram, said on Monday that the State will move the Supreme Court against the October 1 order of the High Court seeking to examine whether there is a "constitutional breakdown of machinery" in the State.

The development comes after a Division bench led by Justice Rakesh Kumar rejected an application filed by the State Government seeking recall of the said order.

"I'm not allowing anyone to challenge my order in front of me…one may go to Supreme Court," the Judge had remarked during the course of hearing.

The Advocate General complained that the bench had proceeded to reject the application without providing him adequate opportunity to present the case. He submitted that he wanted to cite certain precedents that allows a Judge to recall his own order but the Court did not allow him to complete his submissions.

The AG had raised objection regarding the jurisdiction of the Court to deal with the question of "constitutional breakdown" and urged the bench to treat it as a preliminary issue.

On October 1, the bench, also including Justice Uma Devi, had converted the hearing on a batch of habeas corpus petitions and petitions alleging police excesses as a hearing on the issue whether there is a "constitutional breakdown" in the State of Andhra Pradesh.

It had directed the government counsel to make submissions on whether the court can record a finding that there is Constitutional breakdown "in the light of the circumstances which are prevailing in the State of AP."

Responding to this, the State had filed an application for recall, while highlighting that in the absence of any pleadings in the writ petition, the court may not examine the issue regarding failure of constitutional breakdown in the state.

Rejecting the application on Monday, the bench observed :

"On 1/10/2020 when the present PIL was taken up with other 16 cases the Court noted that on a number of occasions there was "illegal picking up of persons by police" and after filing habeas corpus either they were being remanded or released.

The Court had summoned the DGP who gave assurance that instructions will be given to the Police personnel to follow all the guidelines laid down by the Supreme Court in DK Basu case and other amendments that followed the pronouncement.

Though assurance was given by the DGP, rampantly such excesses by police were going on and this court also noticed that after passing the judicial order, the High Court was attacked on social media by number of persons including one member of Parliament belonging to the party in power…

This court had asked that State counsel may come prepared on the point as too whether in the circumstances which are prevailing, court can record a finding whether there is Constitutional breakdown.

The State counsel participated on number of days in present proceedings, even thereafter no objection was raised and now the present IA is filed with prayer to recall the earlier order (dated October 1).

This Court is of the view that if a party is aggrieved by an order of the court, it cannot be allowed to question the same before the same court. There was no embargo on the State to approach the superior court, but they continued to appear before us only with a view to drag the matter. Therefore, we reject the present application for recall."

At this juncture, Government Pleader, Senior Advocate SS Prasad pointed out that it was wrong to say that he dragged the matter for several days as on each of the hearing, the Court had recorded that proceedings were subject to hearing on the question of constitutional breakdown.

SS Prasad argued that correct facts and docket proceedings are not being recorded.

Govt Pleader SS Prasad submitted that the Court lacks jurisdiction to consider the suo moto question regarding constitutional breakdown of the State machinery. He submitted that the term 'constitutional breakdown of State machinery' used in Article 356 is not defined and as per previous judgments, the same occurs when there is political turmoil, judicial anarchy or legislative failure in the State.

Prasad also submitted that the present petition does not raise any question regarding breakdown of state machinery and the Court should refrain from expanding the scope of hearings. Reliance was placed on AIR 1988 SC 1883, Kehar Singh v. State of Delhi, where it was held as under:

"This Court has frequently emphasized that the decision of the Court should be confined to the narrow points directly raised before it. There should not be any exposition of the law at large and outside the range of facts of the case. There should not be even obiter observations in regard to questions not directly involved in the case. These principles are more relevant particularly when we are dealing with constitutional questions. I should not transgress these limits."

The Bench has decided to continue hearing of the matter on Wednesday, December 16.

The Petitioner in the case at hand is an ex-MLA of the Telugu Desam party. He had submitted that the State was curbing democratic form of dissent and not providing adequate security to the agitation programs that are being conducted by political parties.

Advocate S. Pranathi, appearing for the Petitioner, pointed out that the protestors, who were in favour of formation of three capitals in the State were being allowed to protest freely, along with permissions to use loudspeakers, raise black flags, etc. at a place from where usually all VIP convoys pass.

However, she submitted, another group of protestors demonstrating within the Mandadam village, i.e. 1 km away from the abovementioned place of protest, in favour of formation of capital at Amaravati, were not being permitted to use loudspeakers, paste posters, use placards, etc.

"There are no reasonable restrictions in this case…They have to be given same permissions that others are given…why this discrimination by the State?" she said. Reliance was placed on the Supreme Court's verdict in Mazdoor Kisan Shakti Sanghatan v. Union Of India, recognizing the right to lead peaceful protests.

She alleged that the Police authorities are working as per tunes of the present govt and in the process, they are violating the rights of citizens.

She submitted that the police are registering cases under the SC/ST Atrocities Act, against the persons belonging to those communities itself.

"That is the kind of application of mind… All these points add up to show that state is not working the way it should be," she said.

It may be noted that the State Government had challenged the locus standi of the Petitioner, a political figure, to maintain a PIL.

Disputing this, the Petitioner submitted that merely because he has contested from a particular party does not make him a party not interested in the welfare of the public.

"I am an ex-MLA from this place. I have a right to stand for my people… I did not hide any fact… I have admitted that I am an ex-MLA," Pranathi submitted for the Petitioner. Reliance was placed on Chairman, Railway Board & Ors v. Chandrima Das & Ors.

At this juncture, the State counsel submitted that as per settled law, PIL can be filed by persons who are suffering from poverty, scarcity of funds, or who are precluded them from approaching the Court due to other disability. Once the Petitioner submits that he is from a political party, it can't be a PIL. Reliance was placed on State Of Uttaranchal v. Balwant Singh Chaufal & Ors.

The State had submitted that a 700-pages long additional affidavit filed by the Petitioner was prompted by what the Court observed in its order dated October 1. It was submitted that even though the said affidavit was filed in supplement to the writ petition, the facts averred therein had no context to the reliefs sought in the petition.

Govt Pleader SS Prasad urged the Court not to take on record the contents of the affidavit, filed at the fag end of the arguments. In case the court decides to rely on the affidavit, he submitted, the Petitioner should explain the context and relevancy of the contents and judgments relied therein with respect to reliefs sought in writ petition and the State should be allowed to file its reply thereon.

The Court was of the opinion that it would not be fair to peruse the facts mentioned in the additional document but said that the Court may rely on the judgments cited therein.

The hearing will continue on Wednesday.