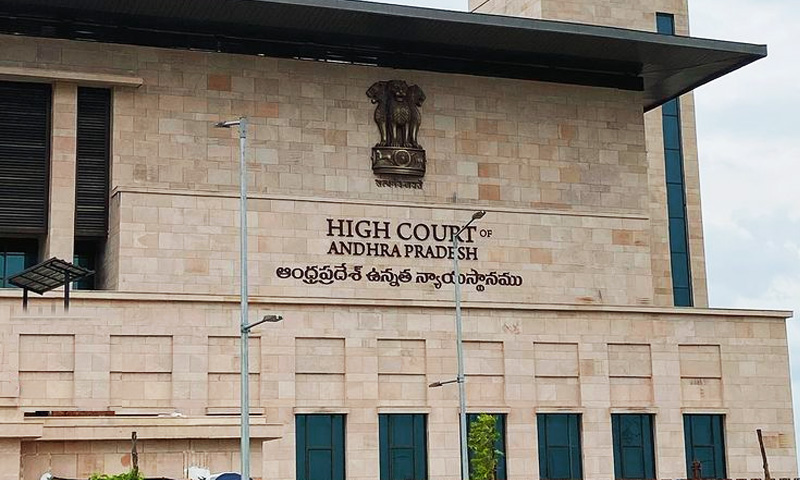 The Andhra Pradesh High Court has quashed the FIR registered by the Anti-Corruption Bureau against former Advocate General Damallapati Srinivas and others in alleged Amaravati land scam.The FIR was registered alleging that the Srinivas and other accused had purchased large tracts of land in and around Amaravati, before it was announced as the new capital of the State of Andhra Pradesh after...

The Andhra Pradesh High Court has quashed the FIR registered by the Anti-Corruption Bureau against former Advocate General Damallapati Srinivas and others in alleged Amaravati land scam.

The FIR was registered alleging that the Srinivas and other accused had purchased large tracts of land in and around Amaravati, before it was announced as the new capital of the State of Andhra Pradesh after its bifurcation. The complainant, one K Srinivasa Swamy Reddy, alleged that Srinivas took advantage of the confidential information he had obtained regarding the establishment of new capital city at Amaravati when he was the Additional Advocate General. It was alleged that he had shared this information with his friends and relatives to amass huge wealth.

A bench of Justice Cheekati Manavendranath Roy, while quashing the FIR, observed that Srinivas, as the Additional Advocate General, was not privy to any information relating to exact location of capital city.  He had no role to play in the process of identifying the location to establish capital city to know the information regarding exact location of capital city. Therefore, the Court observed that the  question of Srinivas disclosing the said information to the other accused and that all the accused have purchased the lands from the owners on the basis of the said information does not arise and there is no truth in the said allegation. The Court said that Srinivas did not commit any act of criminal misconduct as contemplated under Section 13(1)(d)(ii) of the  P.C. Act and no case is made out against him for the said offence from the facts of the case.

Location of new capital not a confidential information

The Court observed that the location of the new capital was not a confidential information and was available in the public domain in June 2014 itself.

"Right to acquire property is a constitutional right and legal right of the petitioners as citizens of the country. As they purchased the lands in exercise of their constitutional right and legal right and acquired property from the owners/sellers of the lands, who willingly and voluntarily sold them to the petitioners for valid sale consideration under registered sale deeds, the said private sale transactions cannot be criminalized and no criminal liability can be attributed to the petitioners in the facts and circumstances of the case to prosecute them for any such offences under Sections 420 r/w.120-B of IPC or under Section 409 of IPC", the bench observed.

No concept of insider trading in criminal law

The Court added that the concept of offence of insider trading which is essentially an offence in the field of stock market relating to selling and buying the securities and bonds cannot be applied to the offences under the Indian Penal Code and cannot be read into Section 420 of IPC or into any provisions in the scheme of Indian Penal Code.

The Court stressed that this concept is "totally alien to I.P.C:". and it is unknown to our criminal jurisprudence under the Indian Penal Code.

"There is no dishonest concealment of fact in respect of the sale  transaction in question as contemplated under Explanation appended to Section 415 IPC. So, it does not amount to any deception constituting an offence under Section 420 of IPC. The sellers did not sustain any loss on account of the said sale transactions. So, no element of criminal liability is involved in the sale transactions. No offence of conspiracy to do any illegal act or to commit an offence is made out from the facts of the case against the petitioners", the judgment observed.

No criminal investigation based on mere conjecture

"On mere conjecture or surmise as a flight of fancy that some crime might have been committed, somewhere, by somebody but the crime is not known, the persons involved in it or the place of crime unknown, cannot be termed to be a reasonable basis at all for starting criminal investigation".

No grievance from sellers

The Court noted that the sellers of the lands have no complaints that they have been cheated.

The sellers/owners did not institute any civil or criminal legal action till now in this regard for all this length of time. It is not at all their case that the petitioners have cheated them in respect of sale of the said lands made by them to the petitioners".

"When the sellers have absolutely no grievance that they have been cheated by the petitioners in respect of the lands that were sold to them, it is really surprising to note as to how the de facto complainant who is totally a stranger to the said sale transactions and who has absolutely no interest in the said lands would come forward and lodge a report with the police alleging that the petitioners have cheated the owners of the lands. As can be seen from the preliminary enquiry report also, there is nothing to indicate in it that the owners who sold the said lands came forward to complain that they were cheated by the petitioners by making  any false representation or by suppressing any material fact".

The Court has also reserved the right of Srinivas and other accused to claim compensation from the de-facto complainant for intimidation and harassment.

Last year, the High Court had stayed the SIT investigation in the FIR and had gagged the media from publishing its contents and barred social media debates about it. The State of Andhra Pradesh approached the Supreme Court against the said High Court order. The Supreme Court lifted the media gag and bar on social media discussion about the FIR but the stay on investigation continued.