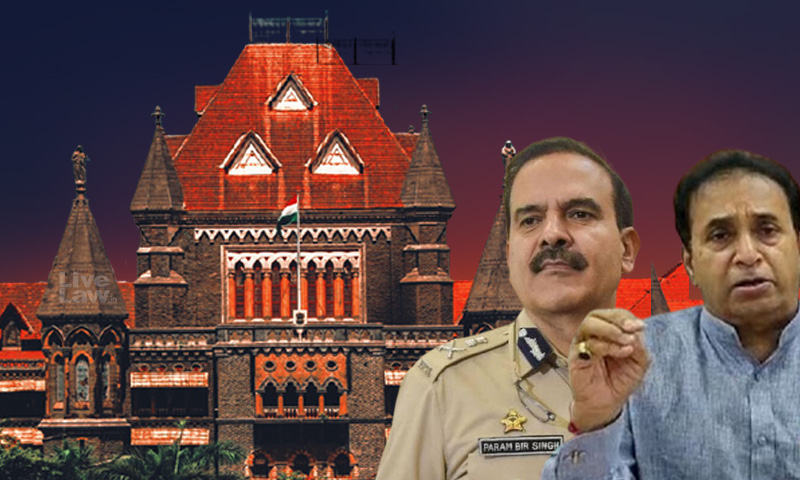 In light of the corruption allegations recently surfaced against Home Minister of Maharashtra, Anil Deshmukh, a writ petition has been filed before the Bombay High Court seeking an investigation into the matter by CBI, ED or any other independent agency.The Plea also seeks the investigation in to the role played by Mr.Param Bir Singh Ex-police commissioner of Mumbai and presently...

In light of the corruption allegations recently surfaced against Home Minister of Maharashtra, Anil Deshmukh, a writ petition has been filed before the Bombay High Court seeking an investigation into the matter by CBI, ED or any other independent agency.

The Plea also seeks the investigation in to the role played by Mr.Param Bir Singh Ex-police commissioner of Mumbai and presently Commandant General of Home Guard and Civil Defence.

The petition has been filed by a practising Advocate of the High Court, Dr. Jaishri Laxmanrao Patil.

Recently, Parambir Singh, an officer of the IPS cadre, alleged that Deshmukh has as a regular practice been repeatedly calling officers and giving them instructions in respect of the course to be followed by them in performance of their official duties.

In a report submitted to the Maharashtra CM, it was alleged that the Home Minister instructs the officers to carry out official assignments and collection schemes including financial transactions, based on his expectations and targets to collect money.

Singh further alleged that in the last few months, Deshmukh called the Head of the Crime Intelligence Unit of Mumbai Police, Sachin Vaze, several times, and instructed him to assist in collection of funds.

Shri Vaze came to my of ice the same day and informed me of the above. I was shocked with the above discussion and was mulling over how to deal with the situation," Singh alleged.

In this backdrop, the instant Petitioner has urged the Court to direct an investigation in the matter.

She submitted that investigation should also be conducted against Parambir Singh, as from the contents of his report it is clear that he himself, for a year as a head of Mumbai Police, without bringing such heinous crime in the clutches of law, was just sitting on it.

The pela states, "It shows his role as well, he was the superior police officer and was having powers to take steps in accordance with law under section 154 of Cr.PC but he failed to do so for what reasons is the matter of investigation, after registration of FIR."

Patil has also sought a direction to the investigation officer to secure the CCTV footage of the dates mentioned by Singh in his report submitted to, disclosing the places for criminal conspiracy plans.

She further submitted that she had submitted a complaint with the Malabar Hill Police Station in Mumbai. However, the said police Authority failed to exercise the jurisdictions for registrations of the FIR, allegedly due to undue influence.

She alleged that the police authorities fail to exercise the powers forthwith due to the "muscle power", "money power" and "political power" of Anil Deshmukh.

"Refusal of registration of First Information Report by the police authority in such a crime is against the spirit of constitutional mandate and Criminal Procedure Code section 154 of CRPC." Further reliance is placed on Lalita Kumari v. Govt. of UP & Ors., providing for mandatory registration of FIR.

She added that if prompt action is not taken, then crucial investigation may be destroyed by the errant officials.