"Any Achievement During My Tenure Is A Collective Decision & Credit Should Go To All Of Us": CJI Ramana 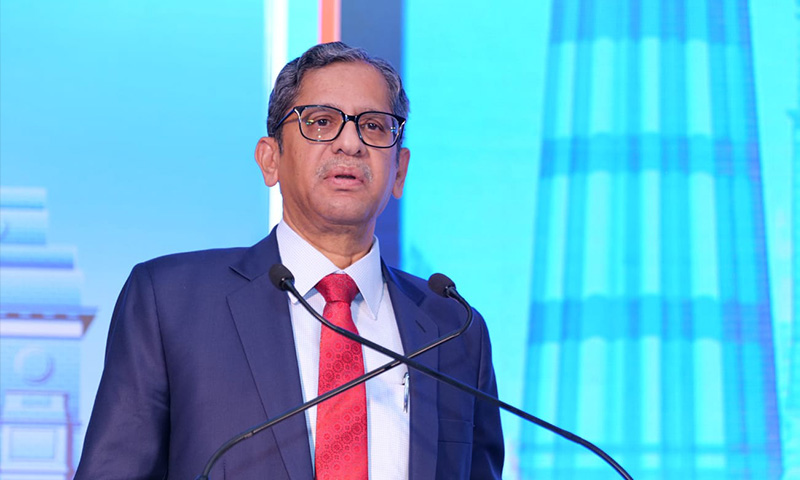 "Any achievement we got during my tenure as CJI is a collective decision and credit should go to all of us and not individuals" the Chief Justice of India NV Ramana said on Tuesday(May 9) while speaking at the farewell event organised for retiring judge Justice Vineet Saran.

The permission for the same was granted after the SCBA had recently expressed concern towards the conditions imposed on the bar members with regard to the use of auditorium, and had therefore decided to hold the farewell in the Supreme Court lawns instead.

During the farewell, the Executive Committee members of the SCBA thanked the Chief Justice of India for permitting the Association to use the Auditorium.

The Chief Justice of India however refused to take the credit for the same, and instead thanked the Judges Committee comprising Justice UU Lalit, Justice DY Chandrachud, Justice Surya Kant, Justice BR Gavai and Justice Sanjiv Khanna for their effort.

The CJI said that he entrusted the Committee with the Bar's demands and they worked hard and ultimately solved the problem.

During the farewell, Senior Advocate Vikas Singh thanked the CJI for letting the Bar members use the auditorium and for making them feel that they are equal stakeholders of this Institution.

Responding to Mr Singh's statement, the CJI during his address said that "He is right, we are equal partners but some restrictions have to be there which I'm sure he'll understand"

The CJI further said that he believes in democratic way of functioning, decisions must be taken after recording suggestions and considering everyone's views.

'Only then we will work well', he said.

Through the letter written by SCBA, Senior Advocate Vikas Singh had stated that the members of the Bar are being treated as complete strangers to the institution while the Registry staff including Class-lII & Class-IV staff are treated as the owners.

Mr Singh had through the letter also expressed concern towards the 'ongoing insult to the members of the Bar who have been wanting to access the new campus' .