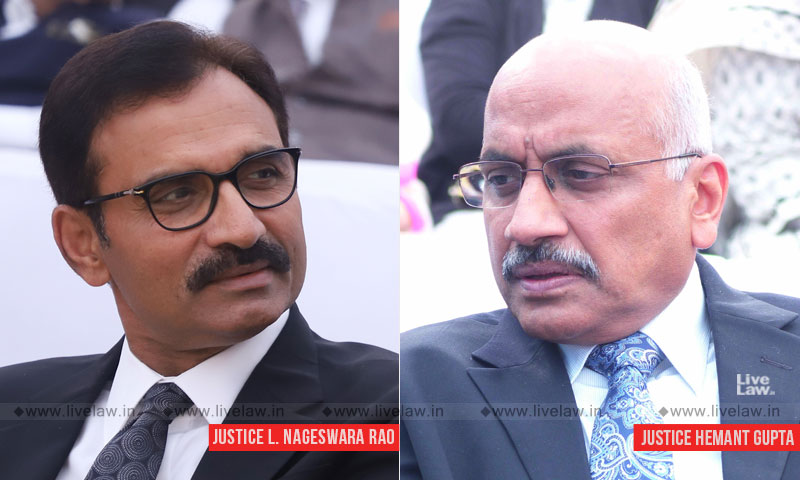 In a judgment delivered on March 19, the Supreme Court has held that there is no need to file an application seeking permission to produce secondary evidence.

This decision was given by a bench comprising Justices L Nageswara Rao and Hemant Gupta in the case Dhanpat vs Sheo Ram (Deceased) through Legal Representatives.

The case was a civil appeal, in which the validity of a Will was under dispute.

In a partition suit, the defendants had produced a Will, to deny the claim of the plaintiffs for share in the ancestral property. The certified copy of the registered Will was produced during the trial, on the ground that the original was lost.

On the challenge raised by the appellants in the Supreme Court regarding the production of secondary evidence, the bench observed :

"There is no cross-examination of any of the witnesses of the defendants in respect of loss of original Will. Section 65 of the Evidence Act permits secondary evidence of existence, condition, or contents of a document including the cases where the original has been destroyed or lost. The plaintiff had admitted the execution of the Will though it was alleged to be the result of fraud and misrepresentation. The execution of the Will was not disputed by the plaintiff but only proof of the Will was the subject matter in the suit. Therefore, once the evidence of the defendants is that the original Will was lost and the certified copy is produced, the defendants have made out sufficient ground for leading of secondary evidence".

The bench further observed that there was no need for application for producing secondary evidence.

On merits, the Court found that the execution of the Will was proved in terms of Section 68 of the Indian Evidence Act, and dismissed the appeal.