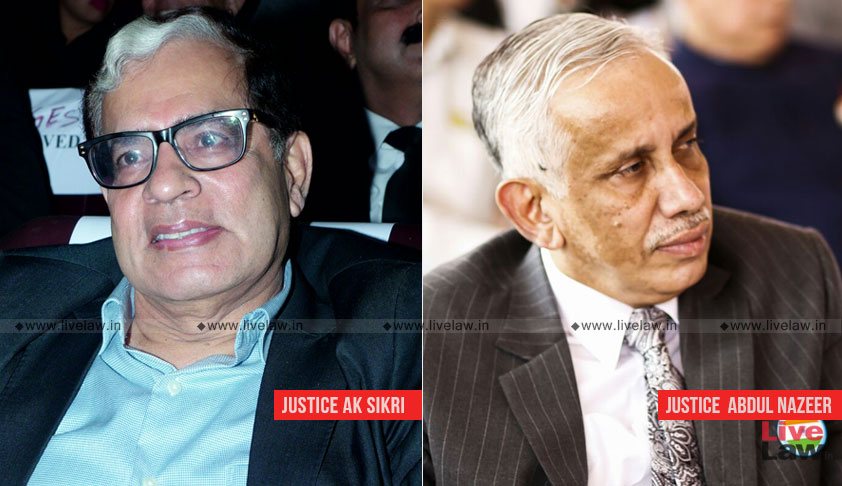 The Supreme Court on Tuesday asked the Centre as to why only retired or sitting bureaucrats were being shortlisted by the search committee for appointment as information commissioners.

"In these 14 names, apart from bureaucrats (retired or sitting) is there anybody else?," the bench asked.

To this, the ASG said one of the 14 persons is a retired judge while rest are bureaucrats.

"Their (petitioners) objection is that only civil servants are there. Ultimately, you do not find even a single person other than bureaucrats," the bench told the ASG.

The bench also observed that the search committee comprises of civil servants only.

The apex court is hearing a plea filed by RTI activists Anjali Bhardwaj, Commodore Lokesh Batra (retired) and Amrita Johri who have claimed that over 23,500 appeals and complaints are pending with the CIC as posts of information commissioners are lying vacant.

During the hearing, the ASG told the court that process of appointing information commissioners was an ongoing exercise and government is following the selection criteria prescribed under the RTI Act.

Advocate Pranav Sachdeva, appearing for the petitioners, said that cases in State Information Commissions (SICs) are kept pending for years due to non-availability of information commissioners and in West Bengal, cases filed in 2008 is being decided now.

He said that as per apex court's December 13 last year order, the Centre should have put on the website the names of members of search committee, candidates who have been shortlisted and criteria which was followed for selection but it was done only after appointment of four information commissioners.

"This information should have been made public during the process of appointment and not after the appointment was already being done," Sachdeva said, adding, "transparency in the entire process is required".

He said that the government was appointing only retired or sitting civil servants as information commissioners but names of persons like activists, scientists, journalists, lawyers and others should also be considered for appointment.

She said 280 applicants had applied in the process and while some vacancies have been filed up, the process for others was going on.

Similarly, counsel appearing for Andhra Pradesh said they have three state information commissioners and process to fill up the vacancy was already underway.

The petitioners counsel informed the bench that 10 state information commissioners have recently retired in Uttar Pradesh and he has filed a separate application in the court in this regard.

The bench asked the states to file affidavits within two-three days giving details of the steps taken by them in filing up the existing vacancies.

The court had asked seven states -- Maharashtra, Andhra Pradesh, Telangana, Gujarat, Kerala, Odisha and Karnataka -- to apprise it about the time frame for filling up the posts.

The plea has claimed that the Centre and state governments have "attempted to stifle" the functioning of the RTI Act by failing to do their statutory duty of ensuring the appointments in a timely manner.