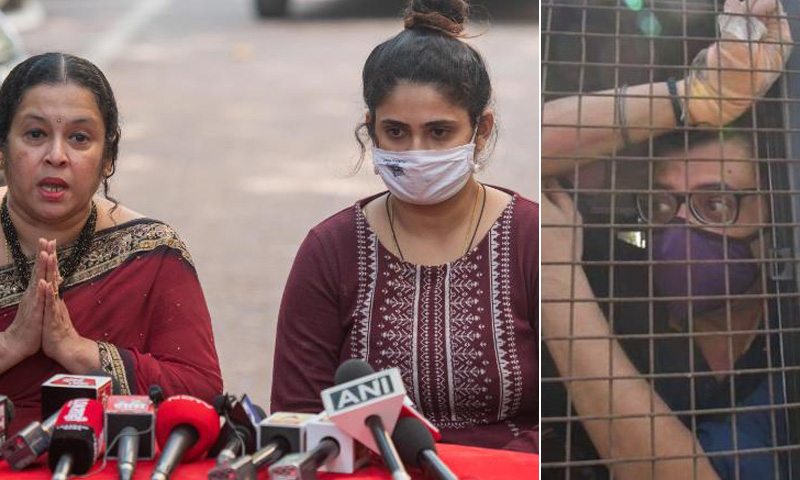 The judicial magistrate at Alibag on Wednesday took cognizance of the chargesheet filed by Raigad police against Republic TV anchor Arnab Goswami and two other accused in the 2018 Anvay Naik abetment to suicide case.This fact was informed to the Bombay High Court by Senior Advocate Abad Ponda, Goswami's lawyer.Ponda was appearing in the petition filed by Goswami seeking to restrain the...

The judicial magistrate at Alibag on Wednesday took cognizance of the chargesheet filed by Raigad police against Republic TV anchor Arnab Goswami and two other accused in the 2018 Anvay Naik abetment to suicide case.

This fact was informed to the Bombay High Court by Senior Advocate Abad Ponda, Goswami's lawyer.

Following that, Ponda sought leave to amend the writ petition to bring on record the chargesheet.

The bench recorded that cognizance has been taken on the chargesheet. Also, allowing Ponda's request, the bench directed the Magistrate to expedite the grant of copy of the chargesheet and the case documents on a formal application made by Goswami through his advocate.

The bench then adjourned the hearing till January 6.

It was on December 4 that the Raigad Police filed a 1,914 pages long charge sheet against Goswami and two others, before a court in Alibaug in neighbouring Raigad district, where the case for alleged abetment of suicide of interior designer Anvay Naik and his mother Kumud has been registered. The trio has been charged under IPC sections 306 (abetment to suicide), 109 (punishment for abetment) and 34 (act done by several people in furtherance of common intention).

Following that, he filed a petition in the High Court seeking a direction that the Magistrate should not take cognizance of the chargesheet. In the application, Goswami placed reliance on the November 27 judgment passed by the Supreme Court which observed that the allegations in the FIR did not prima facie constitute offence of abetment to suicide under Section 306 of the Indian Penal Code.

Referring to the observations made by the Supreme Court, Ponda submitted "Justice Chandrachud's judgment is my best argument".

The bench responded that the Supreme Court judgment has also clarified that its observations are prima facie in nature. Further, the observations were made at the FIR stage and now the case is at the stage of chargesheet, Justice Shinde, the presiding judge remarked.

"The observations of the Supreme Court are prima facie, the judgment has clarified. The judgment is binding only on law and not on facts. The SC has made it clear that the factual observations are preliminary", Justice Shinde said.

Ponda clarified that he was not seeking "automatic quashment" of the chargesheet based on the Supreme Court judgment. But the judgment has to be respected, he added.

At that juncture, Ponda informed the bench that the Magistrate has taken cognizance of the matter.

Goswami was arrested by Raigad police on November 4 in connection with the case and was remanded to two weeks judicial custody. On November 11, the Supreme Court ordered his release from the custody, after the Bombay High Court refused to grant him interim bail.

As many as 65 persons are named as witnesses in the charge sheet that runs into 1,914 pages.

It relies on purported suicide note as the `dying declaration'. Naik's handwriting has been matched with the writing in the suicide note and forensic report indicated that he was not under pressure while writing it, as per the chargesheet.

Six statements recorded before a magistrate under section 164 of the Code of Criminal Procedure are also part of the charge sheet. Such statements can be used as evidence during trial.

Anvay Naik and his mother Kumud committed suicide in 2018, allegedly because of non-payment of dues by firms of Goswami and other two accused.

The case, closed for want of evidence in 2019, was reopened in May this year, with Goswami alleging that the Maharashtra government was pursuing a vendetta against him for his work as a TV journalist.