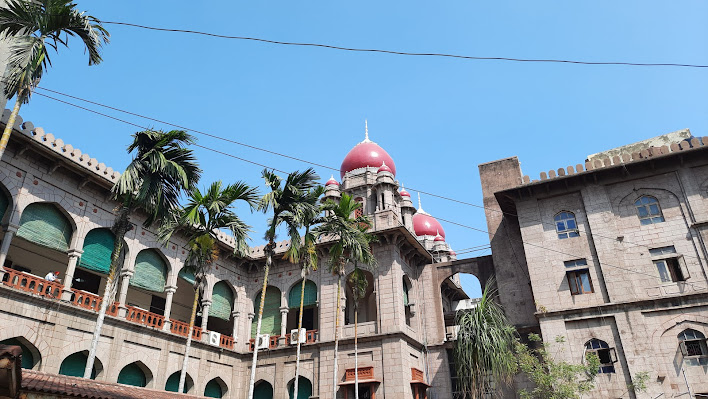 In a recent case, the Telangana High Court sentenced an IPS Officer and three police officers to 4 weeks of imprisonment in a contempt case. Justice G. Radha Rani ruled:

In the present case, the contemnors had violated the direction of the Court for issuing notice of appearance in terms of Section 41-A Cr.P.C. to the accused within two weeks from the date of institution of the case as per the directions of the Hon'ble Apex Court in Arnesh Kumar's case. Violations, which are likely to infringe upon the faith of the public in the administration of justice and the court system must be punished, to prevent repetition of such behaviour and the adverse impact on public faith. Contempt proceedings are initiated to ensure compliance with the orders of the Court and adherence to the rule of law. The directions of the Hon'ble Apex Court are binding and must be obeyed by all concerned in strict sense.

The Contempt case was filed by petitioners who were accused no. 1 and 2 to act against contemnors for their willful and deliberate disobedience of the judgment passed by the Hon'ble Apex Court in Arnesh Kumar v. State of Bihar (2014). The contempt case was filed under Section 10 to 12 of the Contempt of Courts Act, 1971 for not issuing notice to petitioners before issuing Look Out Circular (LOC) and Non Bailable Warrants against accused.

No notice was issued to the petitioners or to the widowed sister-in-law. Upon becoming aware of the FIR, the petitioners filed Criminal Petition for quashing the same and a stay was granted on all the proceedings.

Subsequently, the petitioners came to know that the DCP, West Zone, Hyderabad (Contemnor 1) had issued LOC against the 1st petitioner within a week of registration of FIR. The complainant after one year in collusion with the West Zone Police officials filed another false complaint against the petitioners with an inordinate delay under Section 498A, 506 IPC, Sections 3 and 4 of the Dowry Prohibition Act and Section 30 of the Arms Act. She had suppressed the earlier registered FIR.

Furthermore, the contemnors hastily filed charge sheet before the Magistrate and got it numbered instantly on the same day. During the pandemic, without following the rules laid down by Hon'ble Apex Court in matrimonial laws, the contemnors intentionally played fraud upon the court and got issued non-bailable warrants through false submissions. The contemnors in haste filed charge sheet showing the petitioners as absconding. A Look Out Notice was issued by contemnors without issuing the Section 41A crpc notice.

The contemnors were constantly filing multiple false cases one after another on the petitioners from the month of November 2019 to pressurize the petitioners to have a financially beneficial settlement in favour of complainant. No notice was served on the petitioners even in one single case and all the cases were registered secretly. Because of deliberate malicious prosecution, the petitioners were forced to file various petitions before High Court and Supreme Court seeking justice.

The Apex Court in Suo Motu Writ Petition In Re: Contagion of Covid 19 Virus in Prisons (2021) reiterated that violation of guidelines laid down in Arnesh Kumar's case were liable for contempt of court and also for departmental action.

Due to the malafide Look out Circular and falsely procured NBWs, the petitioners were subjected to acute humiliation in their social circles, who were now termed as absconders.

The respondents filed counter affidavit contending that the contempt case could not be filed through a power of attorney holder. Furthermore, the petitioners were not arrested till date and no harm was caused to them. The petitioners without cooperating with the Investigating Agency and without attending the courts were making reckless allegations against the respondent police. There was no abuse of process of law as such, the question of malicious prosecution would not arise as the petitioners were not arrested in the case so far.

Justice G. Radha Rani relied on the Hon'ble Apex Court decision in A.C. Narayanan v. State of Maharashtra & Another (2014) which categorically held that the power of attorney holder can prosecute provided he had personal knowledge of the case. It was specified by the GPA holder of the 1st petitioner that he had personal knowledge of the facts of the present contempt case.

Moreover, the learned Judge discussed the crux of the guidelines in Arnesh Kumar's case that it was to ensure that police officers do not unnecessarily arrest any person and the Magistrates do not mechanically remand any person. Guideline No.6 in the case reads as:

(6) Notice of appearance in terms of Section 41A of Cr.PC be served on the accused within two weeks from the date of institution of the case, which may be extended by the Superintendent of Police of the District for the reasons to be recorded in writing.

Accordingly, the Contempt Case was allowed.