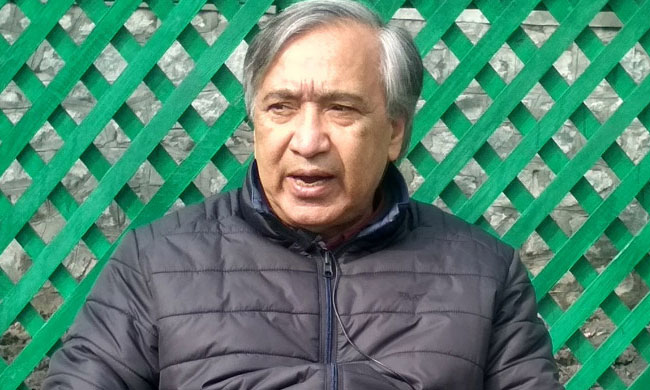 Challenging the constitutionality of the abrogation of special status of Jammu and Kashmir,  former J&K legislator Mohammad Yousuf Tarigami has filed a writ petition in the Supreme Court.

Tarigami, a four time MLA from Kulgam constituency of the now dissolved J&K Assembly, has challenged the Presidential orders issued on August 5 and 6 under Article 370 of the Constitution and Jammu and Kashmir Reorganization Act 2019, which divided the state into union territories of Jammu and Kashmir and Ladakh.

The petition challenges the August 5 order of President Ram Nath Kovind, which amended Article 367 to change the meaning of 'Constituent Assembly of J&K' as 'Legislative Assembly of J&K' and to include within the term 'Government' the 'Governor', as a colourable exercise of power.

"it is submitted that neither can Article 370 be directly amended through a Presidential Order nor can it be amended by way of insering a new provision into Article 367, in relation to the State of Jammu and Kashmir", states the petition.

Following the August 5 order, the Parliament passed a statutory recommendation for repeal of J&K special status. Based on that the August 6 order was issued, which read down Article 370 to completely abrogate the special status of J&K.

This action is challenged contending that power under Article 370 cannot be used to destroy the very same provision. Also, these powers cannot be invoked when the state is under Presidential rule, the petition further contends.

To downgrade the status of the State of Jammu and Kashmir into a Union Territory (with legislature), the J&K (Reorganization) Act is ultra vires of Article 3 of the Constitution of India, the petition further states.

The bifurcation of the state when it was under Presidential rule infringes the basic feature of federalism.

Tarigami is allegedly under illegal detention since August 5. A petition filed by CPI(M) general secretary Sitaram Yechury for his release from detention is pending in SC.

The Constitution Bench will commence hearing of the petitions concerning Central Government measures in J&K from tomorrow.