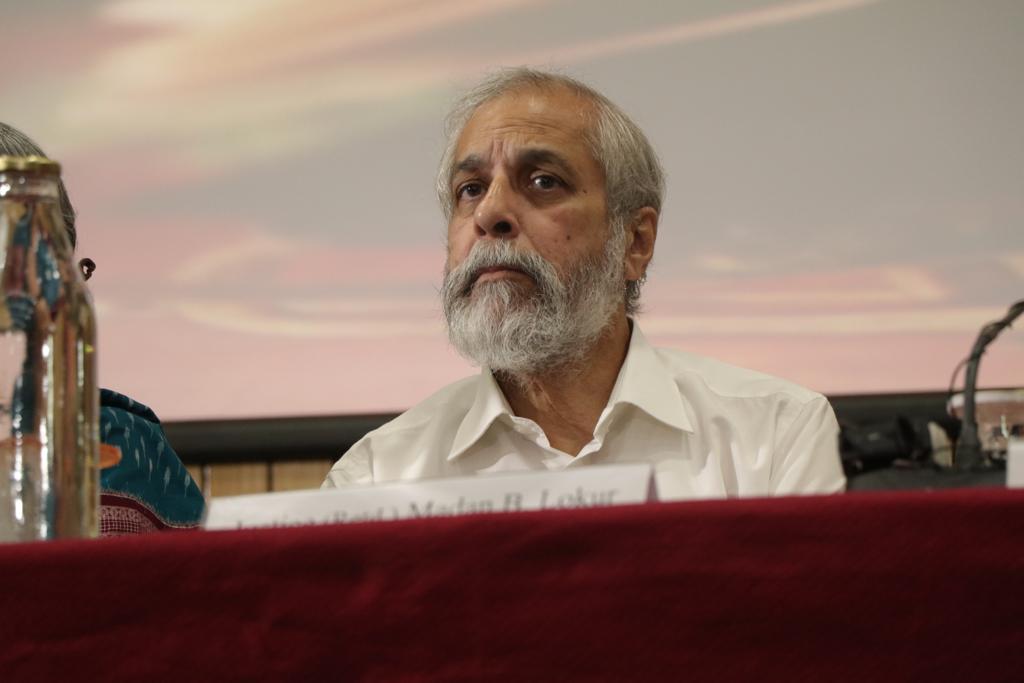 The 'People's Tribunal' on 'Contested Citizenship in Assam: Constitutional Processes and Human Cost', orchestrated by various human rights organizations and campaigns concluded on Sunday at the Indian Society of International Law, Delhi.The jury of the People's Tribunal comprised of eminent members and scholars from the legal fraternity such as Justice (Rt.) Madan Lokur, Justice (Rt.)...

The 'People's Tribunal' on 'Contested Citizenship in Assam: Constitutional Processes and Human Cost', orchestrated by various human rights organizations and campaigns concluded on Sunday at the Indian Society of International Law, Delhi.

Many academicians, senior advocates and activists also participated in the panel discussions on key issues viz. land culture and migration, evolution of citizenship in India, National Register of Citizens (NRC) in Assam and Constitutional Processes, Foreigners Tribunals in Assam, Detention centres in Assam and the consequences of Extension of NRC to other parts of India.

The two days event was organized to educate the public on what is being called the largest citizenship purge in history, the NRC for Assam. The updated NRC was published on August 31 which excluded around 19 lakh people from the final list. Hence after, there have been demands for selective re-verification. The event was thus an attempt to find pathways to challenging this significant attack on India's inclusive underpinnings.

During the event, Justice Kurian Joseph stated that;

"lakhs of people of Assam are not in a position to feel the human and constitutional dignity to be called brothers and sisters of this country. The right to proper legal assistance is a fundamental right of every person including the right to dignity. Those not included in the NRC if they are not allowed to live with dignity, their rights under Article 21 are affected".

The jury members were critical of the Supreme Court's participation in the preparation of the NRC list in as much as it was an administrative process. They also showed scepticism in the autonomy of Foreigners Tribunals as they were under direct executive influence in terms of tenure and salary allowances.

In this regard, Justice Lokur said that

"Tribunals are functioning in an arbitrary manner whereby they devise their own procedure for functioning. This requires some uniformity. The poor and illiterate cannot understand the complicated processes and are excluded for minor spelling mistakes, etc."

What struck him as odd about the exercise was that if a person from Assam did not apply to be included in the NRC, he would become a non citizen or stateless person so far as the state of Assam is concerned but he may be a citizen of India resident in another state. He questioned why detention or jail has become one of the first options and people have been detained for several years together.

"Why should people be detained in such a manner? It is a question of human rights for a person not be deprived of liberty and put in custody", he said.

The jury members also heard the views and experiences of people who had been excluded from the final list. Exclaiming that the NRC process lead to a "spawned a humanitarian crisis", the jury criticised the Supreme Court's verdict in Sarbananda Sonowal v. Union of India, W. P. (C) No. 119 of 2006, whereby the burden of proving citizenship was wrongly cast upon the individual accused of being a foreigner instead of the State. The members said that the verdict "dehumanised" migrants and transgressed their rights to personal liberty.

They stated that the angst of dying linguistic and cultural security could not justify the human cost in the NRC process. The "impoverished and unlettered" were placed under constant paranoia of getting excluded from the NRC. Ms. Githa Hariharan stated that the process had severely affected the women and child population of the region. "Being put through a "maze" of an ill conceived and poorly executed process which is arbitrary and random which does not see the real difficulties of people, of finances, of families need to stay together, it is reducing people to non people", she said.

Speaking extensively on the human cost implications of the NRC process, Prof. Faizan Mustafa suggested that efforts should be made to uphold international conventions and the rights of people to nationality under international law.

The members also raised concerns on the Central govt. notification dated July 31 whereby the Registrar General of India has been directed to update the 'National Population Register' (NPR) from April to September 2020. NPR is the register containing details of persons usually residing in a village or rural area or town or ward or demarcated area. The members were of the view that this register violated the right to privacy and provided scope to target vulnerable individuals and groups.