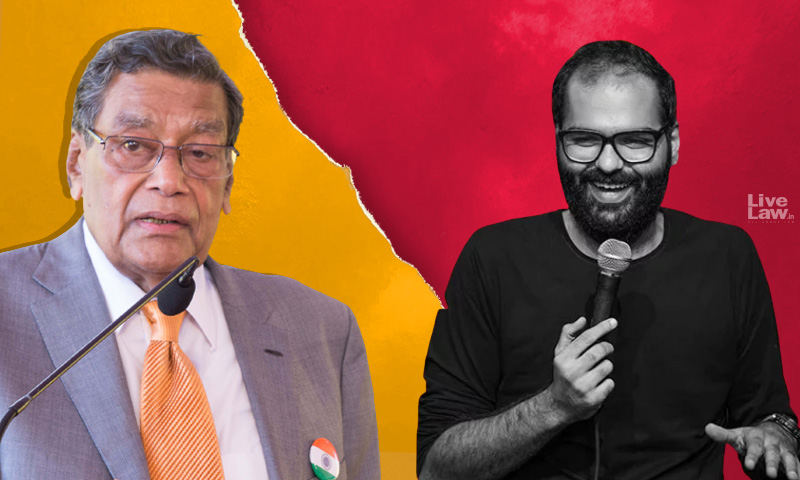 The Attorney General for India, KK Venugopal has granted his consent for initiation of contempt proceedings against comedian Kunal Kamra, over his latest tweet passing comments on the Chief Justice of India.

Responding to the request made by Advocate Anuj Singh, the AG said,

In view of the above, I accordingly grant consent under Section 15 of the Contempt of Courts Act, 1975."

On November 18, Kamra had shared a photo of two fingers on Twitter with a caption that read, "One of these 2 fingers is for CJI Arvind Bobde… ok let me not confuse you it's the middle one."

The AG has stated that this conduct is grossly vulgar and is an insult to the Supreme Court.

On November 12, the AG had granted consent to initiate contempt proceedings against Kamra, over his tweets about the Supreme Court in the wake of its order granting interim bail to Arnab Goswami. The AG said that his tweet was "highly objectionable".

Later, Kamra said that he does not intend to retract his tweets or apologize for them and that the "silence of the Supreme Court on matters of other's personal liberty cannot go uncriticized".