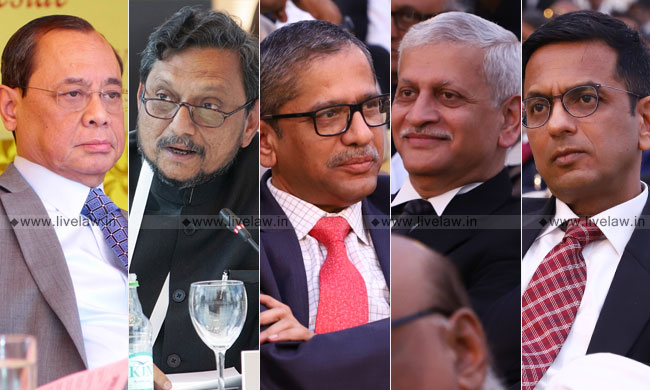 Chief Justice of India Ranjan Gogoi has constituted a Five Judge Constitution Bench to hear the Ayodhya Land Dispute Case. CJI will head the Bench. The probable future Chief Justices Of India Justices SA Bobde , NV Ramana, UU Lalit and DY Chandrachud are the other members of The Bench. THe matter is scheduled for hearing on January 10

The Supreme Court bench of Chief Justice Ranjan Gogoi and Justice S. K. Kaul on January 4 said that further order on hearing Ayodhya land dispute case will be passed by an appropriate bench on January 10.

On October 28, the SC had said that the matter will be listed in the first week of January for fixing the date of hearing.

On September 27, a three judges bench of the then CJI Dipak Misra, Justice Ashok Bhushan and Justice Abdul Nazeer had decided by 2:1 majority that there was no need to refer the matter to larger bench. The request for reference was made by Senior Advocate Rajeev Dhavan, the counsel for Sunni Waqf Board, on the premise that the observation in the Constitution Bench judgment in Ismail Faruqui case that "offering namaz in mosque is not an essential feature of Islam" required reconsideration. The majority of the then CJI Misra and Justice Bhushan opined that the said observation in Faruqui was not relevant in determining the title dispute of Ayodhya-Babri Masjid land.

The majority held that the observations in Faruqui were made in the context of deciding the issue whether a mosque could claim immunity from land acquisition proceedings. However, dissenting from this view, Justice Abdul Nazeer held that the observations in Faruqui case influenced the High Court decision in the title suit, and hence required reconsideration by a larger bench. After declining the plea for reference to larger bench, the majority had fixed the next date of hearing as October 29.

In December 2017, a plea for postponing the hearing after 2019 Lok Sabha polls was made by Senior Advocates Kapil Sibal, Rajeev Dhavan and Dushyant Dave, on the ground that the political climate was not conducive for hearing the dispute. However, the bench of the then CJI Misra turned down the plea, after a dramatic hearing session. 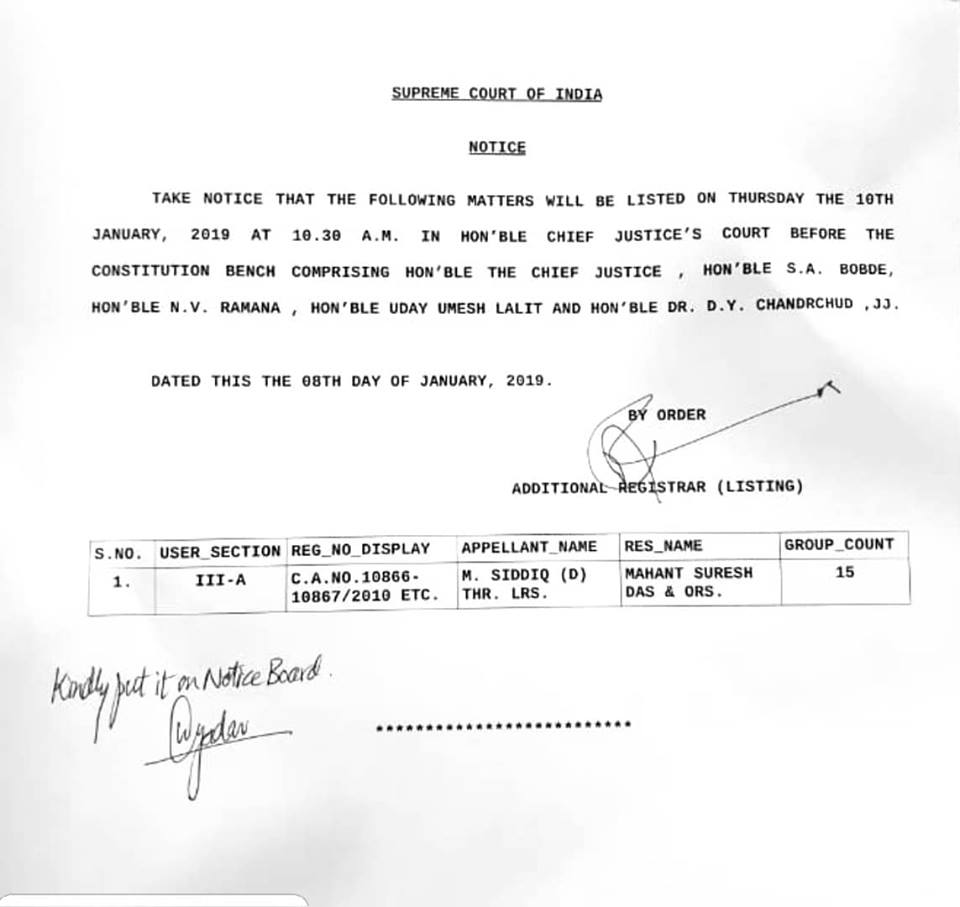