Decision To Set Up Constitution Bench To Hear Ayodhya Matter Was Taken On Administrative Side As Per SC Rules: CJI Clarifies [Read Order] 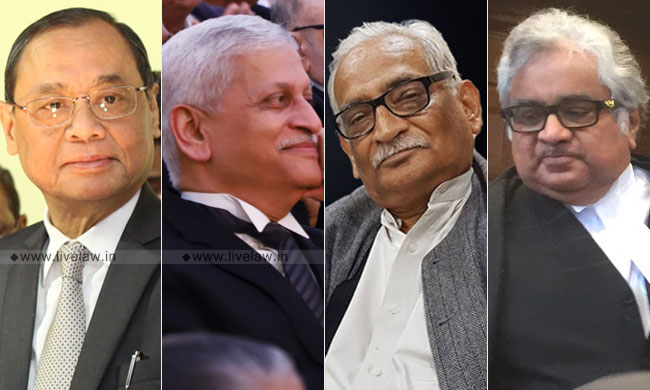 Registry was also directed to ensure correct translation of case documents which are in Persian, Sanskrit etc.

Amidst speculation surrounding his administrative order of January 8 setting up a bench of five judges to hear the appeals in the Babri Masjid-Ram Janmabhoomi matter, Chief Justice Ranjan Gogoi on Thursday asserted that the decision for the constitution bench has been taken by him on the administrative side in exercise of his powers under Order 6 Rule 1 of the Supreme Court Rules, 2013.

The controversy in context of the newly-constituted five-judge bench arose on account of the order dated September 27, 2018 of another three-judge bench, headed by the then Chief Justice Dipak Misra, by virtue of which the reconsideration of the 1994 Ismail Faruqui judgment by a larger bench was denied and the hearing of the appeals against the 2010 Allahabad High Court verdict was to proceed before a three-judge bench.

"The Rule says that every case shall be heard by a bench of not less than 2 judges. The requirement as to the minimum numerical strength of the bench is also for the CJ to decide having regard to the various facts and circumstances. Benches of particular strength and number are constituted as the CJ deems important. This is how the present bench has been constituted which is no way in contravention of the judgment of the three-judge bench...", observed Chief Justice Gogoi.

Senior Counsel Rajeev Dhawan, appearing on behalf of the Sunni Waqf Board, also advanced that there may be a judicial order in respect of the constitution of this five-judge bench- "this matter was to be before three judges. But, subsequently, by an administrative order, it came to be listed before five. Mr. Ramachandran (Senior Advocate Raju Ramachandran) had attempted to convince (the earlier three-judge bench under CJ Misra) that it was important for the case to referred to a larger bench. I, myself, had said that If the constitutional validity of polygamy could go before a larger bench, then on that ground a alone a reference should be made here too... Your Lordships may consider passing some kind of judicial order. It is a technical question, but for the sake of argument, it has to be [unclear]...this is not an Article 145(3) case because that has been denied by the earlier bench..."

Further, by way of another preliminary objection, Dr. Dhawan pointed out that one of the members of the bench constituted by the January 8 administrative order, Justice U. U. Lalit, has earlier in 1997 appeared as a lawyer in a connected contempt litigation against former Uttar Pradesh Chief Minister Kalyan Singh.

"Now I am not saying whether it makes a difference or not...I have no objection...it is entirely upto Justice Lalit...", said Dr. Dhawan.

When he proceeded to apologise for having flagged this concern, Chief Justice Gogoi remarked, "Why are you sorry? It was only an expression of a fact"

Senior Counsel Harish Salve attempted to distinguish the 1997 contempt proceedings from the present appeals- "in the former, there was a breach of an order that pending the resolution of all these disputes, status quo should be maintained and the allegation was that the CM failed to maintain status quo. These appeals before Your Lordships are arising from a bunch of suits..."

However, Justice Lalit chose to recuse from the matter, communicating that he would not like to continue as a member of the bench. "We, therefore, have no option but to adjourn the case to another date for the same purpose of fixing a date of hearing and drawing up a time schedule", recorded the Chief Justice.

Finally, in view of there being dispute regarding the correctness of the translations of the depositions and documents in Persian, Sanskrit and other languages, the Chief Justice directed "the Registry to physically examine the original records, make an assessment and make the cases ready for hearing by engaging official translators".

The report by the Supreme Court Registry is to be submitted on January 29 when the reconstituted bench will sit again to take up the matter for further orders.