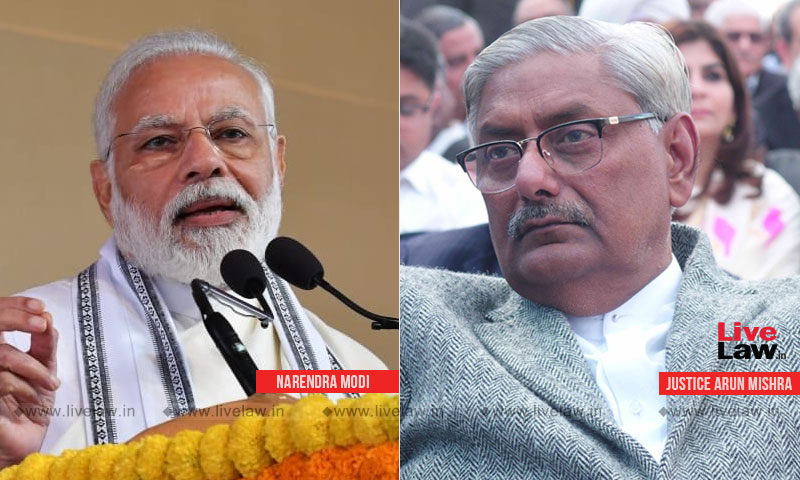 The  Bar Association of India has issued a statement condemning the recent remarks made by Justice Arun Mishra praising Prime Minister Narendra Modi.

"The Executive Committee of the Bar Association of India is of the view that the use of effusive terms of praise and adulation by Hon'ble Mr Justice Arun Mishra about Prime Minister Narendra Modi go beyond the terms of formal courtesy expressed during a vote of thanks address. Such an act serves to dilute the perception of impartiality and independence and diminishes the confidence of general public..", read the statement issued on behalf of the Association by  its President Advocate Lalit Bhasin.

Judges are expected to uphold constitutional principles and the Rule of Law, deciding cases against the executive in the process.It is the foundational obligation of judges to maintain discreet and dignified distance from the executive branch, not only in their judicial conduct but also in the public mind, the statement added.

While delivering vote of thanks during the inaugural ceremony of the International Judges Conference on Saturday, Justice Mishra had said that PM Modi was a "versatile genius who thinks globally and act locally". 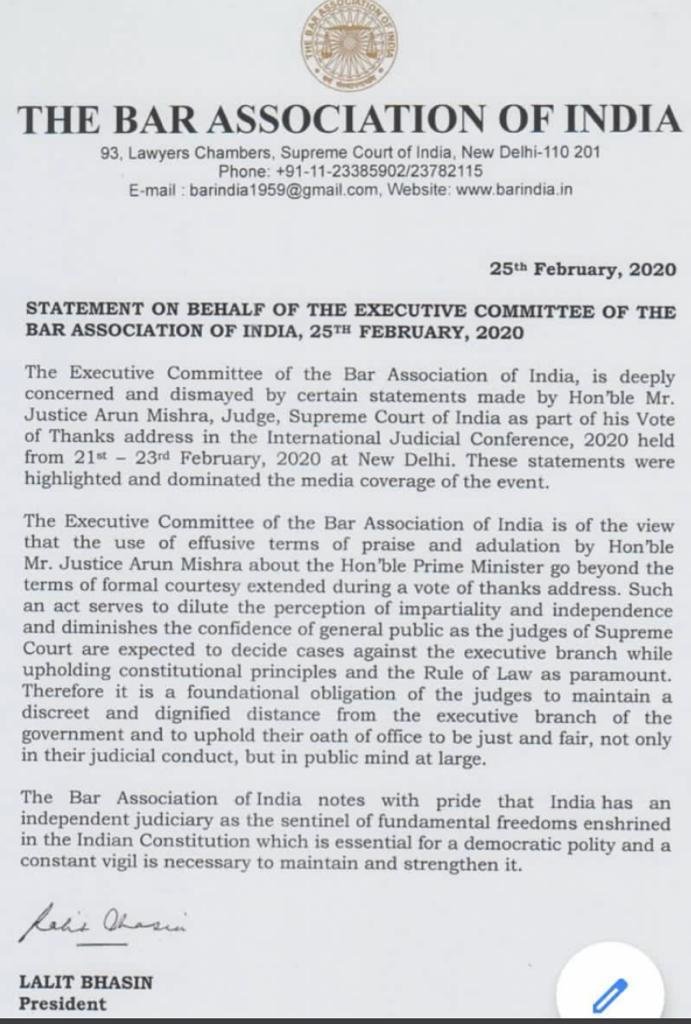