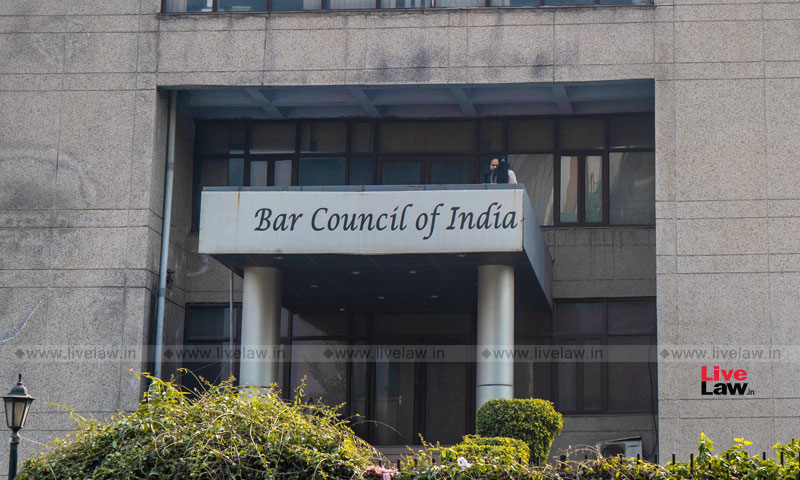 x
"This Council, therefore, deemed it proper to frame uniform mandatory Rules in this regard for the fair, smooth and fearless functioning of Bar Councils and Bar Council of India"
Your free access to Live Law has expired
To read the article, get a premium account.

It said that the Rules are framed for providing for uniformity in all the State Bar Councils as regards passing of No Confidence Motion against their office bearers and for the fair, smooth and fearless functioning of Bar Councils and Bar Council of India. These guidelines are mandatory in nature and the State Bar Councils are directed to follow and if required, amend their Rules in compliance of these Rules/Resolution, the Council said.

As per the new Rules, the Motion of No Confidence against any office-bearer or member of Bar Council of India can be brought by a requisition submitted by 2/3rd Members of the Bar Council of India. It can only brought on the following grounds 1) some proved misconduct of the office bearers or the Member of the BCI. 2) if he is found guilty of an offence concerning Moral turpitude and is convicted and/or sentenced to undergo imprisonment for any period. 3) Or if any member has been found to be guilty of any Disciplinary Proceeding by Bar Council.

A prior Notice of at least 30 days shall be required to be given to the concerned office bearers or the Member, Bar Council of India against whom such No Confidence Motion is proposed to be moved.  The Rules provide that If in the first meeting, the Bar Council of India finds a prima-facie case in favour of the motion, it shall hold an enquiry into the genuineness and bonifides. The enquiry will be conducted by a former Hon'ble Judge either of Supreme Court of India or of High Court.