'Maintain The Decorum': BCI Chairman To Justices Lokur And Chelameswar Who Criticized In House Inquiry Giving Clean chit To CJI 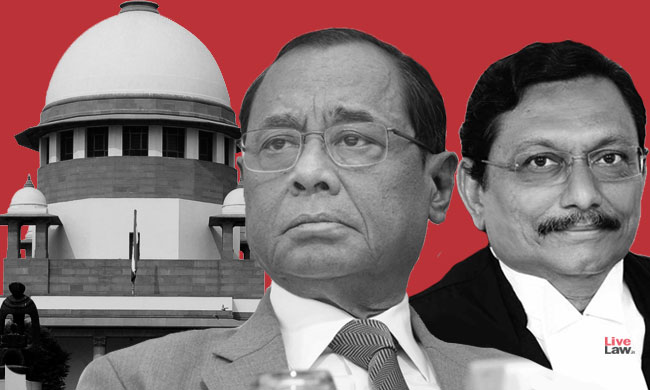 Chairman of Bar Council of India has expressed his 'shock and surprise' about the comments made by Justice Madan B. Lokur and Justice J. Chelameswar criticizing the in-house inquiry in CJI sexual harassment complaint.

In an article written in the Indian Express titled "A One Sided Justice", Justice Lokur had commented that the Court was driven by an "institutional bias" while dismissing the allegations raised by the woman. Justice Chelameswar had opined that the Supreme Court did not follow due process while hearing the sexual harassment charges against Chief Justice of India.

Manan Kumar Mishra, in his press-release, said that 'India and Indian Bar' fully trusts the findings and decisions of the In-house inquiry committee. He further said that any comment or criticism of the procedure adopted by the committee would itself be unfair, unjust and improper.

According to Mishra, the Judges' Press Conference was the starting point of deterioration. He also alleges that Justice Chelameswar and Justice Lokur are in lucrative assignments. Better they should show concern only with their business, instead of supporting the stand of one or two lawyers of Supreme Court who were known to be very close to them while they were sitting Judges, Mishra added. The BCI chairman further remarked that neither of these judges could become CJI and this depends on one's destiny and merit.

He also defended the decision not to make the report public. He said:"If the report of the Committee is made public, it would cause serious harm to the lady-complainant. Moreover the disgruntled elements and people with vested interest will again start making baseless comments; there will be no end to this episode and this would lead to perpetual irreparable loss to our highest office of Judiciary."