"Becoming A Judge Is A Sacrifice In One Sense" : Supreme Court Judge Justice Indira Banerjee Says While Bidding Farewell 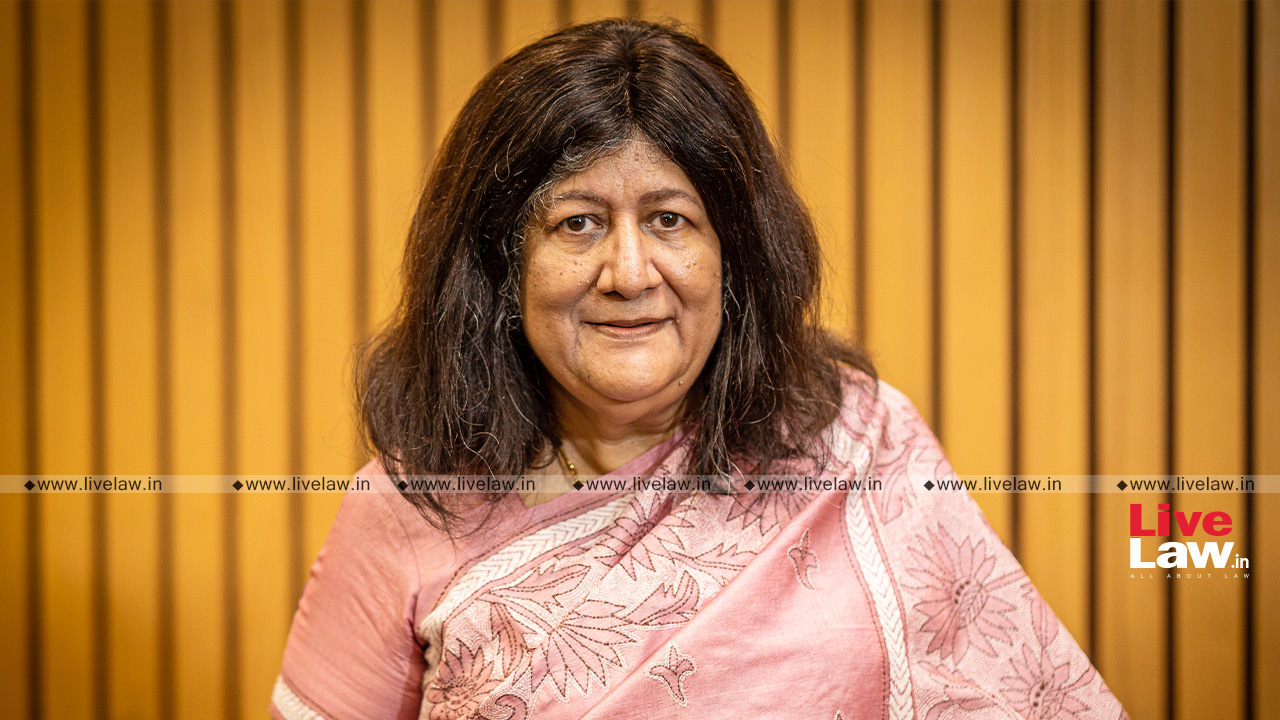 On the occasion of the retirement of Supreme Court Justice Indira Banerjee, the Supreme Court Bar Association (SCBA) organised a farewell function in her honour. CJI UU Lalit, while bidding farewell to Justice Banerjee said–

"At the outset I must say that the collegium always picks up the best of the lot. 20 years of judicial service, untiring, single minded, service is a lot. That's the journey sister Banerjee has covered. It's not just what she has covered but how she has covered. Her contribution has been immense. Even today, people say that last day in CJI's court is supposed to be ceremonial, and I asked her how many matters should I place and she said, "the entire board". We're here to say goodbye sister Banerjee, you've done exceedingly well."

Justice Banerjee recounted her journey in the Supreme Court which started 35 years ago, when she first came to the Supreme Court as a junior from Calcutta High Court. She recalled that coming to legal profession was a coincidence for her and at least one person in her family, that is her father, was opposed to it as he always thought that she did not put enough efforts in her studies. Speaking more about her father, she stated that when he was alive he wished for her to become a judge but she never wanted that because she valued her freedom too much. She said–

"It has been a long – sixteen and a half years in the bar and thereafter 20 years and 7 months on the bench. A long journey, there have been ups and downs. Getting a chamber was difficult initially. Once I got a chamber, I got a lot of encouragement, not only from my senior (Sr. Adv. Samaraditya Pal) but also his better half (Justice Ruma Pal) who was my predecessor in my office. Justice Pal was very encouraging. There have been times when for days together you don't get work, you feel frustrated. What is important is that one has to remain patient. If one makes the effort, then work comes."

On her thoughts on demitting the office, Justice Banerjee stated–

"I'm happy in a way that I'm demitting the office because after 20 and a half year, I would be free again. I was telling my nieces that when I had the time, I didn't have money and when I had money I didn't have time. Now I will have both because I'll be getting my pension. Two days back when they came to make me sign my pension papers I was pleasantly surprised. Because I became a judge in 2002. By 2001 my briefs were being taken by. Naturally, the fees was of that time, of 2001-2002. So when I saw the amount that I was going to get, I said "Oh my god, I've never seen this kind of money together ever in my life before." Becoming a judge is also a sacrifice in a sense. Because apart from being dedicated, one always has to keep in mind the principle that justice should not only be done but should manifestly be seen to have been done. Naturally, there are many things a judge has to give up."

"The only regret is that a considerable part of my tenure in Supreme Court was eaten up by COVID pandemic when the Supreme Court could not function normally for a while. There is a comment which Justice Nageshwar Rao had said - "Perhaps it would be better if tenure in Supreme Court were longer. Because one starts giving ones best after a year or so. And in case of many, once they start performing, it's time to say bye". I may not come to Supreme Court to perform my judicial functions but I'll be there for you. Whatever I do, the interest of judiciary will be foremost in my mind."

"The Supreme Court bar is a wonderful bar- strong, independent, disciplined and also learned. I expect that the bar, which is very important part of justice delivery system will strive hard to ensure that Constitutional values are upheld. I must acknowledge the contribution of counsels in cases. When the arguments are good, the lawyers are well prepared, good judgements come. I appeal to lawyers, particularly junior lawyers, to be professional, fully ready and to assist in the process of delivery of timely justice of good quality."

Finally, Justice Banerjee remembered her senior, Mr. S. Pal, from whom, she stated that she learnt the 'alphabets of law'. While wishing everyone success, good health, happiness and Shubh Navratri along with a happy Dussehra and Diwali in advance, Justice Indira Banerjee bid farewell.