Benchmark Disability Not A Precondition To Obtain A Scribe: Supreme Court Allows Scribe For UPSC Candidate With 'Writer's Cramp' 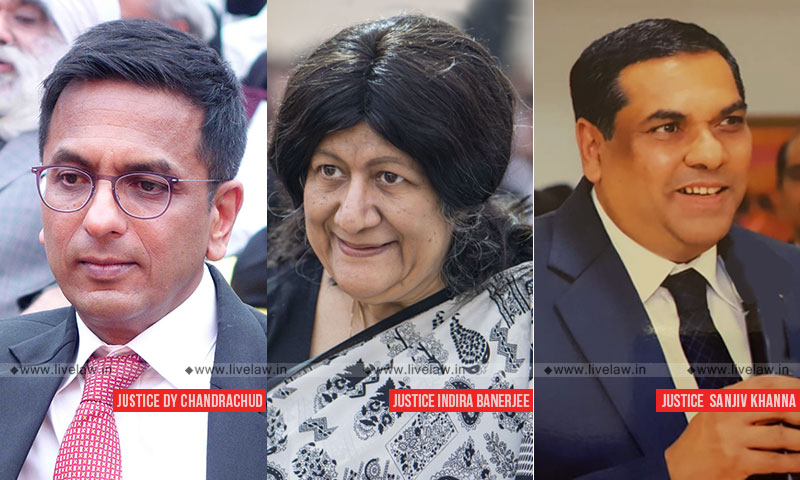 In an important judgment delivered today, the Supreme Court held that facility of scribe can be provided for persons with disabilities other than those having benchmark disabilities.

The bench headed by Justice DY Chandrachud directed the Government to frame proper guidelines which would regulate and facilitate the grant of a facility of a scribe to persons with disability within the meaning of Section 2(s) of the Rights of Persons with Disabilities Act, 2016 after consultation with the public, specifically with persons with disabilities and organizations representing them.

The court allowed an appeal filed by Vikash Kumar, a UPSC candidate whose request to provide him with a scribe for the Civil Services Examination Rules 2018 was rejected on the ground that a scribe could be provided only to blind candidates and candidates with locomotor disability or cerebral palsy with an impairment of at least 40%. He had a disability in the form of dysgraphia, commonly known as a Writer's Cramp. The Central Administrative Tribunal and later the Delhi High Court dismissed his challenge against this rejection.

Allowing the appeal, the bench held that the appellant would be entitled to the facility of a scribe for appearing at the Civil Services Examination and any other competitive selection conducted under the authority of the government.

In appeal, the bench, also comprising Justices Indira Banerjee and Sanjiv Khanna, referring to the scheme of the 2016 Act, observed that, to confine the facility of a scribe only to those who have benchmark disabilities would be to deprive a class of persons of their statutorily recognized entitlements. The bench observed thus in para 41 of the judgment:

"When the government in recognition of its affirmative duties and obligations under the RPwD Act 2016 makes provisions for facilitating a scribe during the course of the Civil Services Examination, it cannot be construed to confer a largesse. Nor does it by allowing a scribe confer a privilege on a candidate. The provision for the facility of a scribe is in pursuance of the statutory mandate to ensure that persons with disabilities are able to live a life of equality and dignity based on respect in society for their bodily and mental integrity. There is a fundamental fallacy on the part of the UPSE/DoPT in proceeding on the basis that the facility of a scribe shall be made available only to persons with benchmark disabilities. This is occasioned by the failure of the MSJE to clarify their guidelines. The whole concept of a benchmark disability within the meaning of Section 2(r) is primarily in the context of special provisions including reservation that are embodied in Chapter VI of the RPwD Act 2016. Conceivably, the Parliament while mandating the reservation of posts in government establishments and of seats in institutions of higher learning was of the view that this entitlement should be recognized for persons with benchmark disabilities. As a matter of legislative policy, these provisions in Chapter VI have been made applicable to those with benchmark disabilities where a higher threshold of  disability is stipulated. Except in the specific statutory context where the norm of benchmark disability has been applied, it would be plainly contrary to both the text and intent of the enactment to deny the rights and entitlements which are recognized as inhering in persons with disabilities on the ground that they do not meet the threshold for a benchmark disability. A statutory concept which has been applied by Parliament in specific situations cannot be extended to others where the broader expression, persons with disability, is used statutorily. The guidelines which have been framed on 29 August 2018 can by no means be regarded as being exhaustive of the situations in which a scribe can be availed of by persons other than those who suffer from benchmark disabilities. The MSJE does not in its counter affidavit before this Court treat those guidelines as exhaustive of the circumstances in which a scribe can be provided for persons other than those having benchmark disabilities. This understanding of the MSJE is correct for the simple reason that the rights which emanate from provisions such as Section 3 extend to persons with disability as broadly defined by Section 2(s)."

The bench also observed that the possibility of misuse cannot be used to deprive equal access to persons with disability from seeking the facility of a scribe. It said:

"When an able-bodied student engages in cheating, the normal consequence is their disqualification or other suitable punitive action. The same consequence can flow from a candidate using their disability to game the system. If some incidents come to light of able-bodied candidates hiding chits in their dress code and misusing them to cheat in an exam, the normal consequence is suitable punitive action against such students. It is not to switch to a different dress code that is so uncomfortable that many competent students find it hard to sit in it for the entire duration of the exam and perform to the best of their ability. In the same way, just because of the fault of some bad apples in the system, persons with disabilities whose disability necessitates access to a scribe cannot be disentitled from claiming the same."

Before concluding, we also intend to issue a broader direction to the Union Government in the Ministry of Social Justice and Empowerment to ensure the framing of proper guidelines which would regulate and facilitate the grant of a facility of a scribe to persons with disability within the meaning of Section 2(s) where the nature of the disability operates to impose a barrier to the candidate writing an examination. In formulating the procedures, the Ministry of Social Justice and Empowerment may lay down appropriate norms to ensure that the condition of the candidate is duly certified by such competent medical authority as may be prescribed so as to ensure that only genuine candidates in need of the facility are able to avail of it

Union Government should be mindful that the duty to provide reasonable accommodation is an individualized duty as has also been noted by the CRPD Committee in General Comment  In other words, a case-by-case approach must be adopted by the relevant body charged with the obligation of providing reasonable accommodation. This requires the relevant body to engage in a dialogue with the individual with disability. While considering the financial cost PART M 60 and resources available for the provision of accommodation, the overall assets rather than just the resources of the concerned unit or department within an organization must be taken into account. It should also be ensured that persons with disability are not required to bear the costs of the accommodation.